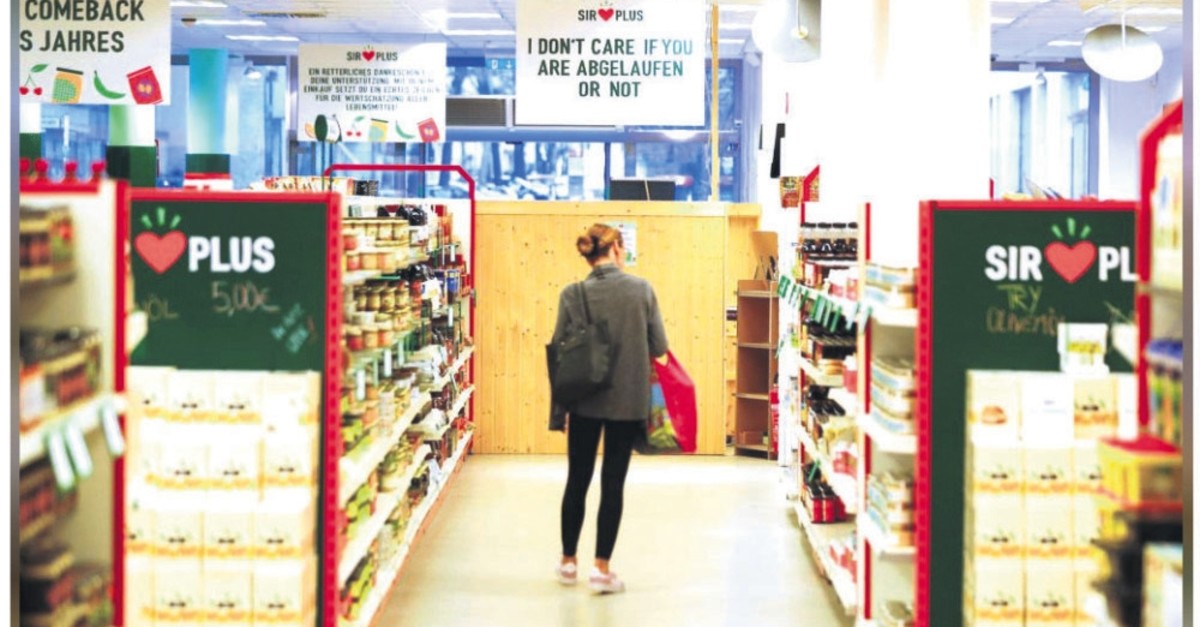 Customer shops at Sir Plus supermarket for surplus, nonstandard and expired food offered at discount prices in Berlin, Germany, Feb. 18, 2019.
by Associated Press Apr 02, 2019 12:07 am

Signs of slower economic growth in Europe are multiplying as official figures for March showed that inflation has fallen further from the official target, while PMI for the manufacturing sector saw its lowest level since April 2013

The eurozone economy received a double dose of bad news yesterday as inflation fell further away from the European Central Bank's target and a closely monitored survey showed the crucial manufacturing sector shrinking at its fastest rate in six years.

The developments suggest Europe is struggling to cope with global trade tensions and the uncertainty of Brexit, among other things.

They are also likely to cause concern among policymakers at the ECB. In an acknowledgement of the more challenging economic environment, the ECB last month delayed the earliest date for any rate increases and announced plans to offer banks cheap loans.

Rate-setters are particularly concerned by stubbornly low inflation even after solid economic growth over the past few years has helped lower unemployment to decade-low rates.

Yesterday's official figures from statistics agency Eurostat showed consumer prices rose by only 1.4 percent in the year to March, down from 1.5 percent the previous month. The ECB aims for an inflation rate of just below 2 percent.

Stripping out volatile items like energy and food, the so-called core rate was 0.8 percent year-on-year, down from 1 percent.

One factor that depressed both measures is the timing of the Easter break, which last year fell in late March and early April. That has implications for travel and tourism, such as the price of package holidays. That was evident in the fall in the inflation rate in the services sector, which fell to 1.1 percent from 1.4 percent.

"Next month will likely see some overshooting of 1 percent due to the Easter effect reversing, but the underlying story remains one of subdued core inflation as businesses continue to take higher wage growth in their margins because of global uncertainty," said Bert Colijn, senior eurozone economist at ING.

There was further disappointing news from financial information IHS Markit, which publishes monthly surveys into the eurozone economy that feed into the ECB's policymaking deliberations.

It found that the eurozone purchasing managers' index for the manufacturing sector — a broad gauge of economic activity — fell to 47.5 points in March from 49.3 the previous month. Anything below 50 indicates a contraction in activity and March's level points to a 1 percent monthly decline in output. March's rate is the lowest since April 2013 and stemmed from particularly weak levels of new orders.

"Concerns over trade wars, tariffs, rising political uncertainty, Brexit and perhaps most importantly deteriorating forecasts for the economic environment both at home and in export markets, were widely reported to have dampened business activity and confidence."