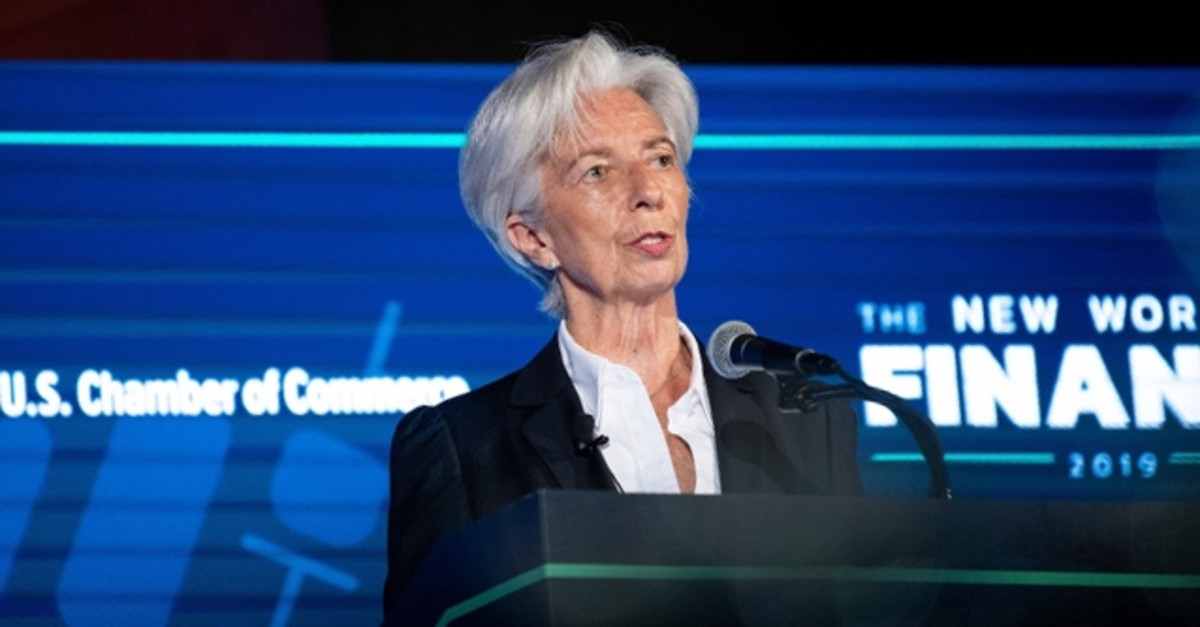 Global growth in 2019 should be even slower than previously expected but a "precarious" rebound later this year is likely, the head of the International Monetary Fund said Tuesday.

In a speech ahead of next week's spring meetings in Washington with the World Bank, IMF chief Christine Lagarde said the world economy was vulnerable to shocks from Brexit, high debt levels and trade tensions, as well as unease on financial markets.

"The expected rebound in global growth this year is precarious," she said in an address at the U.S. Chamber of Commerce. "This is a delicate moment that requires us to handle with care."

Lagarde said the IMF next week was due to cut its global growth forecasts even further than it had in January, with more than two thirds of the world economy likely to see slowing growth.

Next week's meetings — a twice-yearly conclave of central bankers and finance ministers — come with the backdrop of fraught negotiations between Beijing and Washington to resolve their eight-month trade war.

Gloom about slowing growth in Asia, Europe and the United States, as well as the protected U.S.-China trade war, have sparked periodic jitters on markets since last year.

At the start of the year, the fund had already lowered its expectations several notches from a prior outlook, calling for global GDP to expand by 3.5 percent this year and next.

"We had this synchronized acceleration of growth a couple of years ago. Now it's synchronized deceleration," Lagarde said following her speech. "I don't want to be overly dramatic, because we don't see a recession."

But Lagarde pointed to some grounds for optimism, saying major central banks, including the U.S. Federal Reserve, were showing patience about the speed of interest rate increases while China had moved to stimulate its economy.

She called on member governments to help avert mounting dangers by modernizing tax systems, cutting public debts and reducing wealth inequalities through spending on education, health and infrastructure, recommendations the IMF has made before.

Lagarde repeated warnings about imposing tariffs, saying such barriers to trade were "potentially self-inflicted wounds" that threatened to dent economic growth and leave no winners.

But Lagarde also said governments should address the dangers posed by the concentration of market power in the hands of corporate giants, especially in the tech sector, with major players often able to block out competition and garner the lion's share of profits for themselves.

While IMF research showed this concentration had so far had little effect on business investment, production and worker pay, according to Lagarde, there was still a danger that it could weigh on all of them.

"I am not saying that we currently have a monopoly problem," she said. "But I am saying that we should take appropriate measures so that it does not become a problem."

Speaking to CNBC later, Lagarde also said new IMF research showed that an all-out trade war between the United States and China — with 25 percent duties on all traded merchandise — could shave up to 1.6 percent off of annual growth in China and 0.6 percent off U.S. GDP growth.

While there were signs of progress in talks between the United States and China, a deal should be "signed, sealed and delivered" before it can restore certainty to global trade, she added.