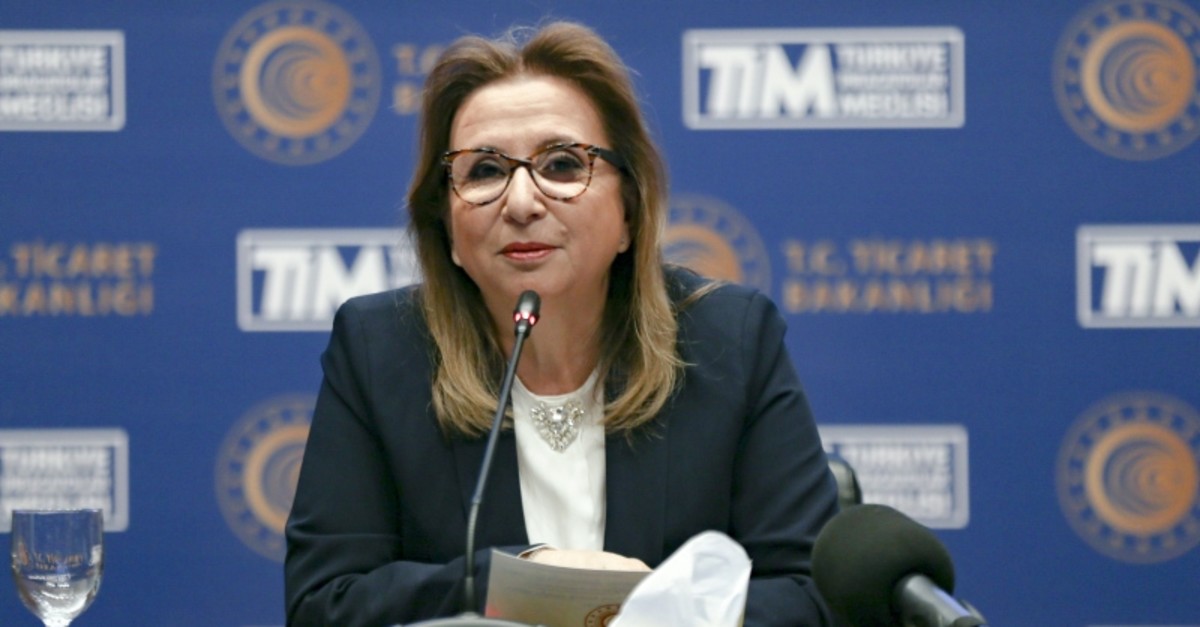 Continuing its rise in performance, Turkey’s exports saw an all-time high of $44.5 billion in the first three-month period of the year, official figures show

The upward trend in Turkey's exports maintained its course in the first quarter of this year as exports hit the highest-ever January-March figure with $44.5 billion, according to data released by the Turkish Exporters Assembly (TİM).

Exports in the first quarter of the year surged by 3.34 percent year-on-year, according to the general trade system (GTS), Trade Minister Ruhsar Pekcan said Thursday at a news conference in the capital Ankara. Over the same period, Turkey's imports amounted to $50.5 billion with an annual decline of 21.46 percent.

Turkey's foreign trade deficit declined to $15.2 billion in the three-month period, according to the minister.

Pekcan also said Turkey's exports also saw an all-time monthly high in March, rising by 0.5 percent on a yearly basis to $16.3 billion. "Imports in March fell 17.8 percent year-on-year to $18.3 billion, according to the general trade system," she said.

The minister noted that the country's foreign trade balance in March posted a deficit of $1.96 billion, improving from a $6 billion deficit a year ago.

The minister said according to the special trade system, the country's exports in the said month stood at $15.49 billion.

At the end of every month, Turkey's statistical authority releases the final foreign trade figures for the previous month, as the ministry of trade announces preliminary general trade system data in the first week of every month.

Also addressing the conference, TİM Chairman İsmail Gülle said that the automotive sector was the champion sector in exports in March with $2.9 billion, followed by chemicals with $1.8 billion and ready-made and garment with $1.7 billion.

When looking at the sectors that increased their exports the most in March, Gülle said defense and aerospace led the way with an increase of 95.5 percent, followed by the ship and yacht sector with 25.8 percent and cement and soil products with 18.9 percent.

According to official data, Germany was the top destination for Turkey's exports, followed by the U.K., Italy, Spain and the U.S.

According to the ÖTS, exports to Germany reached about $1.39 billion, while exports to the U.K. and Italy stood at $853 million and $840 million, respectively.

Russia was Turkey's key import market with $1.965 billion, followed by Germany with $1.62 billion and China with $1.4 billion.

Some 47 provinces were able to increase their exports in March, according to Gülle, who said Istanbul, Bursa and Kocaeli were the provinces that increased their exports the most.

The Turkish lira was used in exports to 174 countries, said the TİM chairman, who noted that the total figure increased by 49 percent year-on-year to TL 4.8 billion.

Meanwhile, Turkey's exports reached an all-time high of $168.1 billion, a 7.1 percent year-on-year increase in 2018, supporting the decrease in the foreign trade deficit by 28.4 percent to $55 billion. On the other hand, imports went down by 4.6 percent to $223.1 billion last year.

According to the government's new economy program announced in September last year, the country aims to reach $182 billion in exports by year-end.