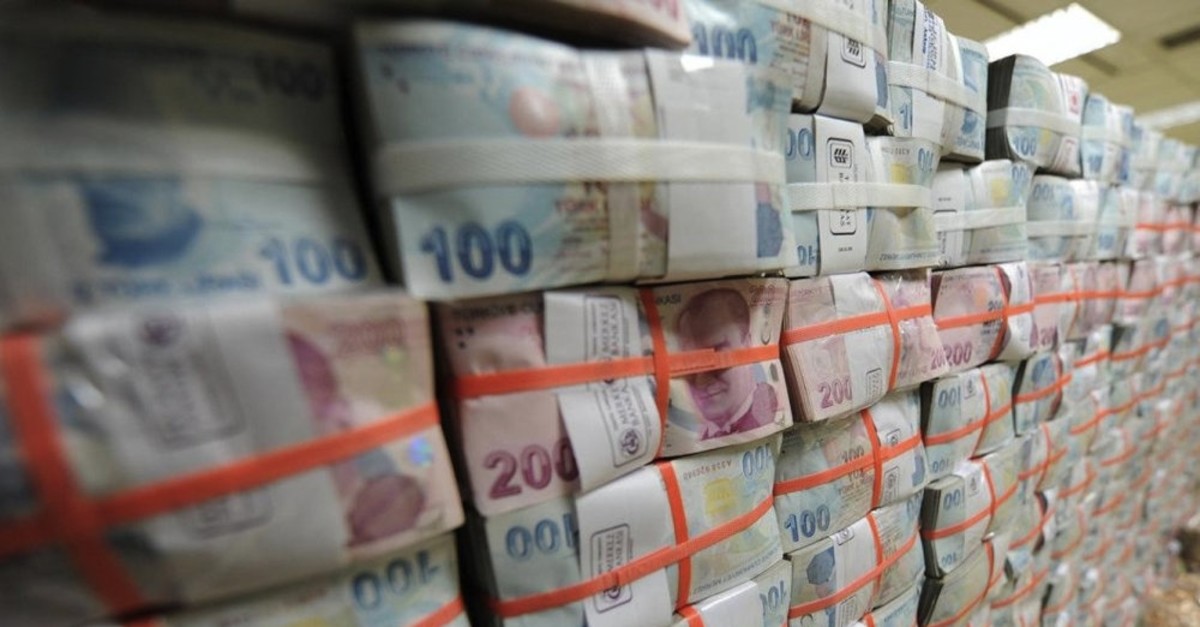 With a relative decline in pessimistic expectations about Chinese economic data and signs indicating improvement in Turkey-U.S. relations, the Turkish lira spiked 0.5 percent against the U.S. dollar.

The exchange rate of the dollar stood over 5.80 at the end of Tuesday, after testing the highest level of TL 5.82 during the day.

The Turkish lira was trading at 5.7 per dollar 5:45 p.m. with a 0.56 percent gain and it reached as high as 5.71 against the greenback during the trading session.

At the same hour, the exchange rate of the euro saw a slight upward trend at TL 6.5285 and the Borsa Istanbul Stock Exchange BIST 100 index was at 98,017 points with a premium of nearly 1.2 percent.

Bankers noted that positive data about the Chinese economy has reduced global growth concerns and triggered risk appetite, saying that pessimistic predictions for Turkey-U.S. relations have relatively declined as a result of Turkish authorities' talks with the U.S. These developments have supported Turkish markets, they stated.

Reports from banks also noted that the optimistic atmosphere that started with Treasury and Finance Minister Berat Albayrak's meeting with U.S. President Donald Trump Wednesday was replaced by sales pressure due to electoral uncertainty. He added, "We clearly feel the improvement in expectations of the market created by the talks with the U.S. Despite expectations for a severe slowdown in the global economy, the Chinese economic data is quite strong. This development, which has invigorated the global risk appetite, has been positively reflected on the lira."

Presidential Spokesman İbrahim Kalın stated that he guessed that if Turkey, which has agreed with Russia to purchase the S-400 missiles, faces U.S. Congress sanctions, U.S. President Donald Trump will give exemptions to Turkey. "If things come to this point, we will be certainly expecting President Trump to exert his authority to give exemption in the face of Congress' sanction plans being implemented," he emphasized.

On the other hand, China's industrial production increased by 8.5 percent in March, exceeding the expectations of 5.9 percent. Retail sales also soared by 8.7 percent, giving confidence to investors.