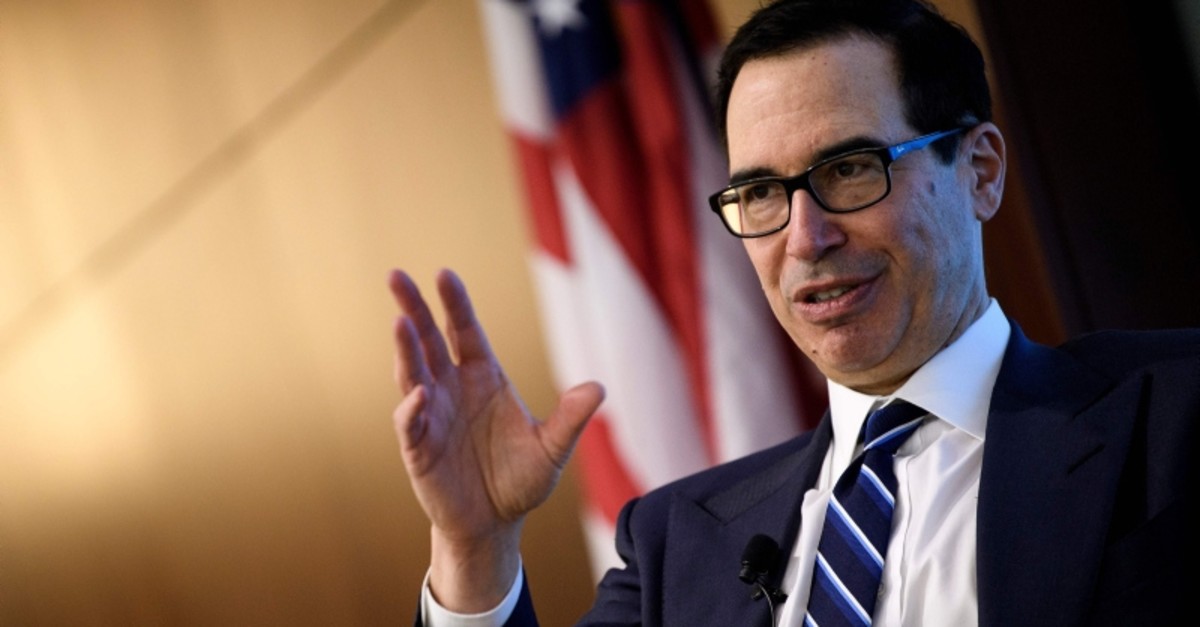 U.S. Secretary of the Treasury Steven Mnuchin speaks during a conference on ,Fintech and the Future of Banking,, at the Federal Deposit Insurance Corporation on April 24, 2019, in Arlington, Virginia. (AFP Photo)
by Daily Sabah with Reuters Apr 29, 2019 2:31 pm

Trade negotiations between the U.S. and China are entering "final laps" as an American delegation is set to visit Beijing to finalize the long-awaited deal, U.S. Treasury Secretary Steven Mnuchin said Sunday.

Speaking to The New York Times, Mnuchin said the talks were entering a critical point and he would travel to China with U.S. Trade Representative Robert Lighthizer to try to hammer out details to end the two countries' trade war, including the shape of an enforcement mechanism, the success or failure of which could set the trajectory for ties for years to come.

"I think both sides have a desire to reach an agreement," Mnuchin said, adding that a lot of progress has been made.

Both sides have cited progress on issues including intellectual property and forced technology transfer to help end a conflict marked by tit-for-tat tariffs that have cost the world's two largest economies billions of dollars, disrupted supply chains and rattled financial markets.

Those issues are still on the table, according to the White House, but U.S. officials say privately that an enforcement mechanism for a deal and timelines for lifting tariffs are sticking points.

Agreeing to a way to enforce a deal is one thing. Ensuring it holds up under ties strained by growing mistrust and geopolitical tensions will be another, say watchers of the relationship.

"An effective enforcement mechanism will define the deal," Tim Stratford, chairman of the American Chamber of Commerce in China (AmCham), told Reuters.

"The deal doesn't need to revamp China's economy. But it does need to provide a new methodology for dealing with our differences," said Stratford, a lawyer and former assistant U.S. Trade Representative who has worked in China for more than three decades.

"This is incredibly high stakes. We have a particular window of opportunity, and a lot in the future of U.S.-China relations rests on this," he said.

U.S. President Donald Trump said on April 4 that the two sides could have a deal worked out in about four weeks. On Thursday, he said he would soon host Chinese President Xi Jinping at the White House - a meeting seen as needed to cement an agreement.

Though a final date for a deal - if there is one - remains unclear, talks have brought China and the United States to a crossroads in their fraught relationship.