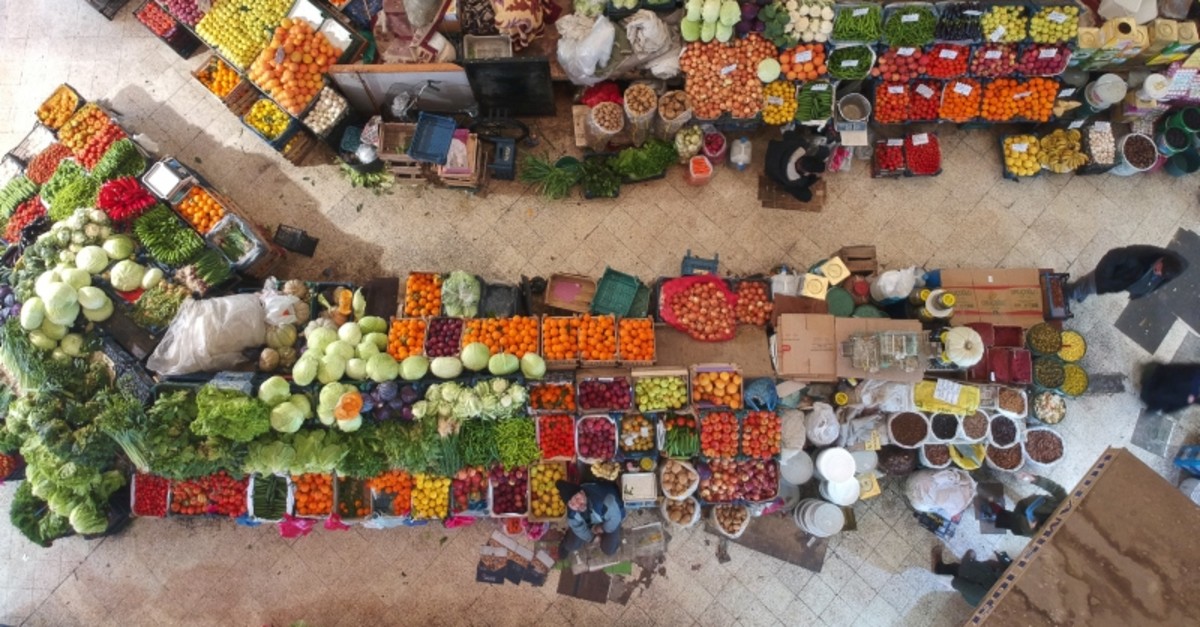 On a monthly basis, the consumer prices climbed 1.69 percent in April.

The highest price increase last month was seen in food and non-alcoholic beverages, up 31.86% on a yearly basis.

The highest monthly increase month-on-month was seen in alcoholic beverages and tobacco with 6.77% while the only monthly decrease was 0.30% in communication, according to the data.

TurkStat data showed that the 12-month average hike in consumer prices was 19.39% as of this April.

"The core annual inflation also went significantly down from 17.53% to 16.30%. These developments show that we will attain our [inflation] targets, especially with a drop in food [prices] in the summer," Albayrak wrote on Twitter.

"Positive developments in the consumer price index indicate the rebalancing process of the Turkish economy continues," he said.

The April figure was also below market expectations.

A group of 16 economists polled by Anadolu Agency forecast consumer prices in Turkey would rise 20.25% compared to the same month last year.