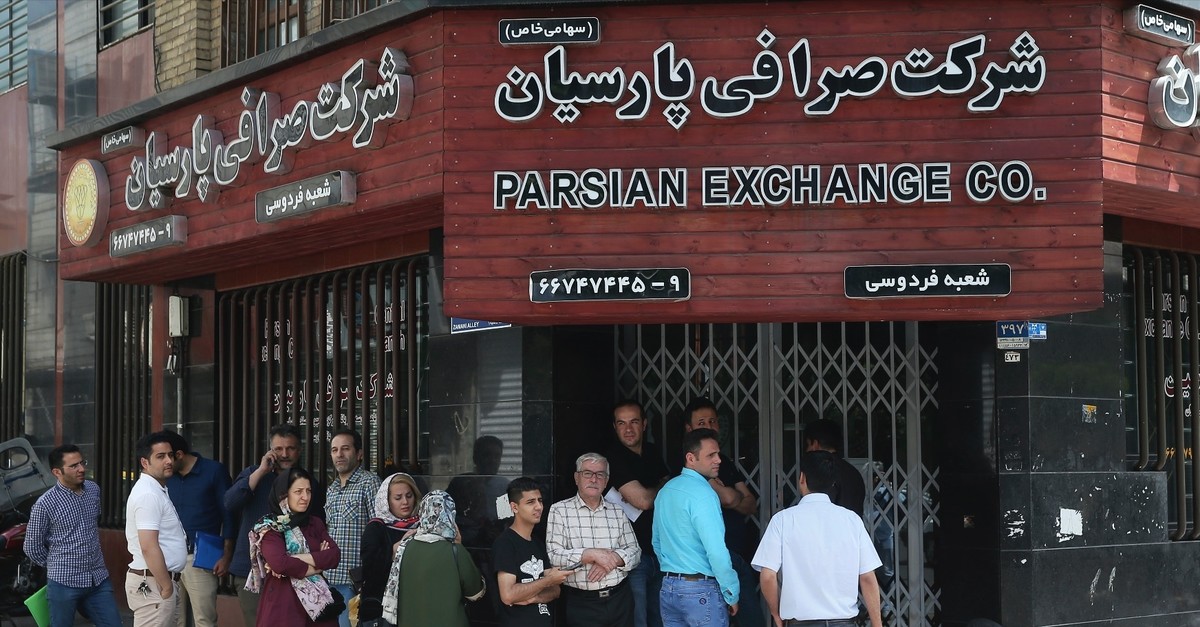 The past year has seen a struggling Iranian economy due to renewed U.S. sanctions aiming to reduce the oil exports of the Persian Gulf nation to zero, crippling the main source of income for the Tehran regime

One year after Washington's unilateral withdrawal from the nuclear deal, the Iranian economy continues to suffer the economic toll due to falling oil exports and rising inflation, while Tehran is expecting European parties in the deal to take necessary steps against U.S. sanctions. Iran has the third-largest oil reserves among the members of the Organization of the Petroleum Exporting Countries (OPEC) after Venezuela and Saudi Arabia.

Data from the Iranian National Oil Company shows that the proven oil reserves of the country equals 158.4 billion barrels per day in 2015 and 2016 and its gas reserves are estimated to be 33.5 trillion cubic meters.

The oil exports of hydrocarbon-rich nation have begun to incrementally decline when U.S. President Donald Trump announced the withdrawal of the U.S. from Joint Plan of Comprehensive Action (JPCOA) inked by five members of the United Nations Security Council (UNSC) and the European Union in 2015 and began implementation in 2016. After the decision, the U.S. sanctions on Iran's financial and automotive sectors and oil industry took effect on Aug. 7, 2018 and Nov. 5, 2018, respectively.

After the second phase of sanctions entered into force in November 2018, Washington granted waivers to eight largest buyers of Iranian crude, including Turkey, Taiwan, China, India, Italy, Greece and South Korea. However, on May 2, the six-month period for those waivers ended and the U.S. administration decided not to extend them any longer. During this period, Tehran's oil exports fell by as much as 1 million barrels per day.

In March this year, production was only around 2.5 million barrels per day, the OPEC data showed.

In April 2018, the Iranian Petroleum Ministry said, the country exported 2.87 million barrels of oil and condensate while India and China accounted for nearly half of those exports with 1.4 million barrels in total.

While Asian buyers purchased 60 percent of Iranian oil in April last year, 40 percent of exports went to Turkey, the United Arab Emirates (UAE) and the European Union. The Persian Gulf nation sold 2.7 million barrels of oil per day to the global markets last year in May. However, in March, Iran's oil exports dropped to 1.1 million to 1.7 million barrels per day on average, according to various tanker tracking platforms.

While Taiwan, Greece and Italy stopped buying oil from Iran, its two largest customers reduced oil imports from the country by 39 percent and 47 percent, respectively.

The other two Asian buyers, Japan and South Korea, imported 292,648 barrels and 334,387 barrels of oil from Iran, respectively. While South Korea's imports corresponded to a 10.6 percent decline compared to the same period of last year, Japan's purchases of Iranian crude oil recorded a 48.8 percent rise.

Meanwhile, according to the data of the Energy Market Regulatory Authority (EMRA) showed that Iran exported 349,837 tons of oil to Turkey in February this year. Last year in the same month, Iran was the top supplier of Turkey's oil imports with 643,294 tons of oil. Therefore, imports from Iran recorded a dramatic 54 percent fall in February, compared to the same month of last year.

The dramatic decline is estimated to cost the Tehran regime nearly $10 billion loss in revenues. Before the sanctions, Iran's revenues from oil exports were estimated at $52 billion.

The decline in the main source of revenues and the heavy investment in the Syrian war caused a major blow to the Iranian currency. The depreciation took a steeper course with the announcement of U.S. sanctions last year.

Iran's rial currency extended its fall on Tuesday, hovering around a seven-month low against the U.S. dollar, foreign exchange websites said, as tensions rose and Washington said it was sending an aircraft carrier and bombers to the region.

The rial plunged to 155,500 to the dollar on the unofficial market yesterday compared to 150,500 rials on Monday, the currency's lowest value since early October 2018, according to Bonbast.com. The bazar360.com website said the dollar was being sold for between 153,500 and 149,500 rials.

On May 7, 2018, the rial was trading at 65,000 against the greenback, the data of the Bonbast.com demonstrated. Therefore, the Iranian rial tumbled nearly 135 percent against the U.S. dollar.

The reeling rial has been attributed to the deepening economic problems and high demand for foreign currency among ordinary Iranians who sought to buy currency on the black market.

The tumbling rial has led to a shortage of imported goods and products manufactured from raw materials imported from abroad.

The crisis in the economy, however, has not been manifest in the national currency, reflecting huge outcomes in the macroeconomic outlook and data. International Monetary Fund (IMF) said Iran's economy shrank by 3.9 percent last year and is expected to shrink by 6 percent in 2019.

Following the implementation of JCPOA in January 2016, the Iranian economy had registered considerable growth. According to a report of the Central Bank of Iran, the country's economy grew 12.5 percent during April 2016-March 2017 in comparison to 2015.

Inflation on the rise

Iranian President Hassan Rouhani managed to decrease inflation as low as 9 percent in 2017. Yet the single-digit inflation did not last long and IMF estimates that the consumer price index hit 31 percent last year. The IMF predicts that it could reach 37 percent or more this year if oil exports continue to fall.

The plunging rial has not only affected the price of imported products but locally produced goods. The cost of red meat and poultry rose by 57 percent, the price of milk, cheese eggs soared 37 percent while vegetable prices surged 47 percent, the Statistical Center of Iran (SCI) said.