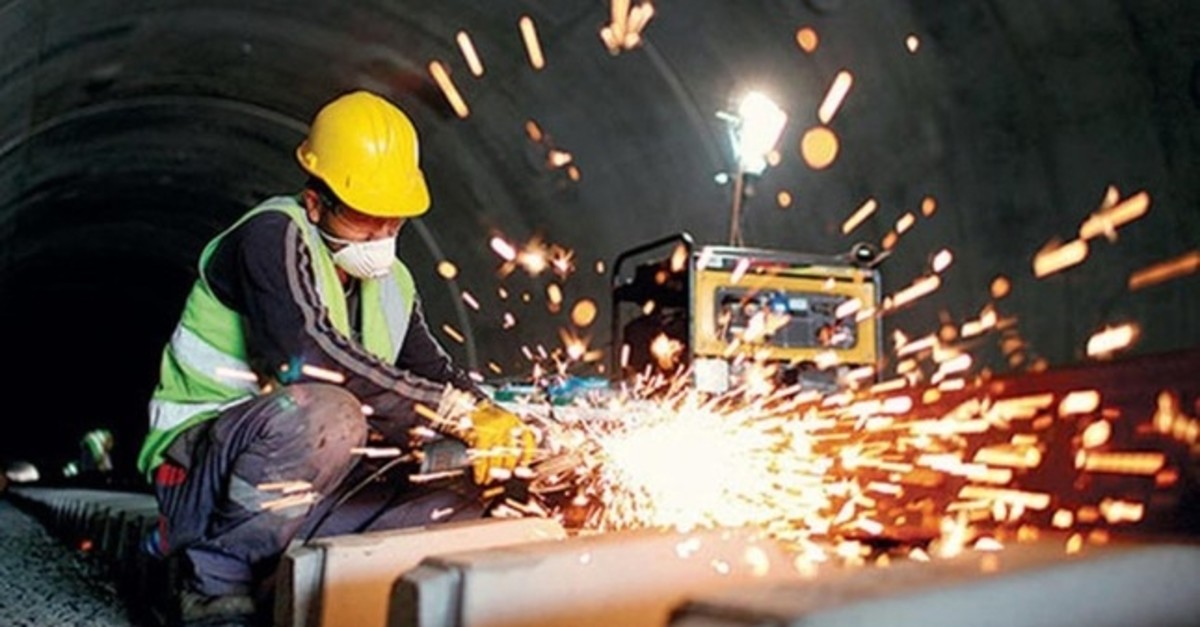 Among the three main sub-indices, the mining and quarrying, and manufacturing indices rose in the month, 4.1% and 2.2%, respectively, according to TurkStat's statement.

Meanwhile the electricity, gas, steam and air conditioning supply index dropped by 0.6% during the same period.

Industrial production is considered a vital indicator for the economy, as it is seen as a preliminary gauge for gross domestic development (GDP) growth.

However, the figure dropped 2.2% in March, compared with the same month last year.

When the subsectors of the industry were examined annually, only the mining and quarrying index saw an increase, up 2.2%.

The manufacturing, and electricity, gas, steam and air conditioning supply indices fell by 2.6% and 0.7%, respectively, year-on-year in March.

According to a survey conducted by Anadolu Agency last week, the median estimate for annual industrial production in March was a decrease of 3.6%.

A group of 15 economists forecast the seasonally and calendar adjusted index to surge 1.6% on a monthly basis.

The term "calendar-adjusted" is used to refer to data without calendar and holiday-originating effects.