No easy options for China as trade war, US pressure bite 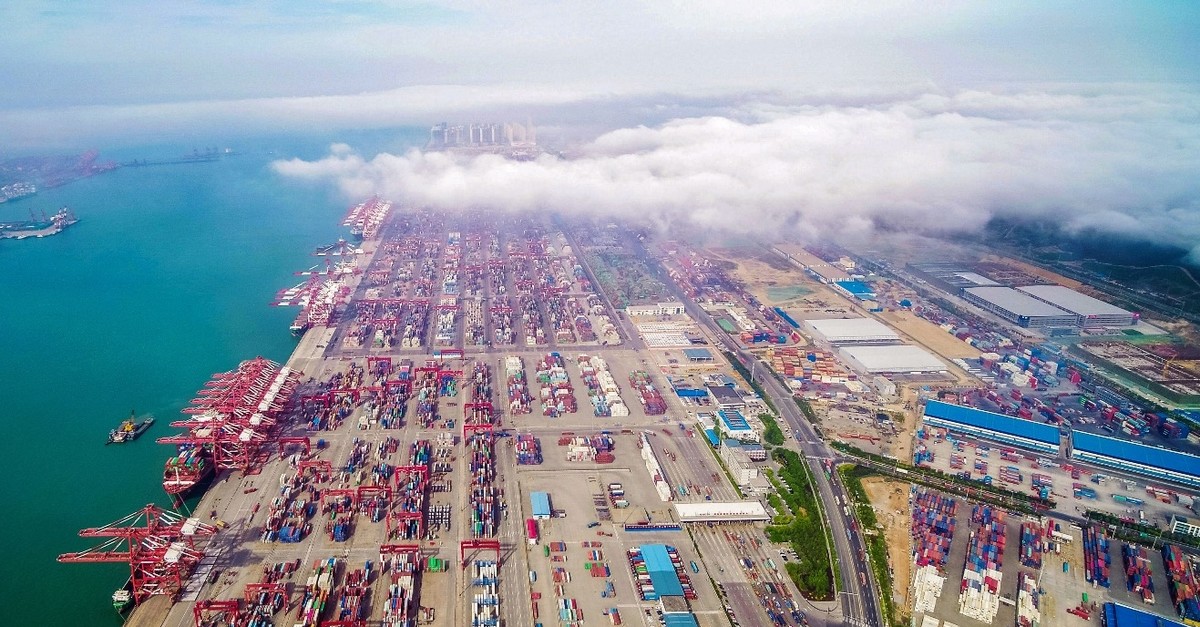 Amid mounting pressures, Beijing seems to be running out of U.S. goods to penalize and may consider taxing other U.S. imports, such as imports of services, as well as nontariff measures on U.S. companies and goods

China is running out of options to hit back at the United States without hurting its own interests, as Washington intensifies pressure on Beijing to correct trade imbalances in a challenge to China's state-led economic model.

China said this week it would impose higher tariffs on most U.S. imports on a revised $60 billion target list. That's a much shorter list compared with the $200 billion of Chinese products on which Washington has hiked tariffs.

Washington has also turned up the heat on other fronts, from targeting China's tech firms such as Huawei and ZTE to sending warships through the strategic Taiwan Strait.

As the pressure mounts, Chinese leaders are pressing ahead to seal a deal and avoid a drawn-out trade war that risks stalling China's long-term economic development, according to people familiar with their thinking.

But Beijing is mindful of a possible nationalistic backlash if it is seen as conceding too much to Washington.

Agreeing to U.S. demands to end subsidies and tax breaks for state-owned firms and strategic sectors would also overturn China's state-led economic model and weaken the Communist Party's grip on the economy, they said.

"We still have ammunition but we may not use all of it," said a policy insider, declining to be identified due to the sensitivity of the matter. "The purpose is to reach a deal acceptable to both sides." The State Council Information Office, finance ministry and commerce ministry did not immediately respond to Reuters' requests for comment.

Of the retaliatory options available to China, none come without potential risks.

Since July last year, China has cumulatively imposed additional retaliatory tariffs of up to 25 percent on about $110 billion of U.S. goods.

Based on 2018 U.S. Census Bureau trade data, China would only have about $10 billion of U.S. products, such as crude oil and big aircraft, left to levy duties on in retaliation for any future U.S. tariffs. In contrast, U.S. President Donald Trump is threatening tariffs on a further $300 billion of Chinese goods.

The only other items Beijing could tax would be imports of U.S. services. The United States had a services trade surplus with China of $40.5 billion in 2018.

But China does not have as much leverage over the United States as it might seem because large parts of that surplus are in tourism and education, areas that would be more difficult for the Chinese government to significantly roll back, James Green, a senior adviser at McLarty Associates, told Reuters.

China is more likely to further erect nontariff barriers on U.S. goods, such as delaying regulatory approvals for agricultural products, said Green, who until August was the top U.S. Trade Representative official at the embassy in Beijing.

Trade analysts say China could reward other global companies at the expense of U.S. firms, replacing for example Boeing planes with Airbus jets where possible.

But there is considerable risk for China in transitioning its retaliation from tariffs to nontariff barriers on U.S. companies because doing so would intensify perceptions of an uneven playing field in China and incentivize some firms to shift sourcing or investment outside the country, they say.

Trump has called for U.S. firms to move production back to the United States. "The medium- to long-term ramifications on supply chains are being deeply underestimated. I would be severely concerned if I was China," Robert Lawrence, a nonresident senior fellow at the Peterson Institute for International Economics, recently told journalists in Beijing, where a group from the think-tank met with senior Chinese officials.

After trade negotiations hit a wall last week and led to the imposition of new tariffs, Chinese state media has stepped up nationalist rhetoric, vowing that China won't be bullied.

But analysts say Beijing, at least for the time being, is trying to keep the trade war from seeping into the larger political arena.

"I don't think they see that as in their interests, and are worried that anti-Americanism becomes anti-regime very quickly," said Green.

A weaker yuan could help mitigate the impact on China's exports from higher U.S. tariffs, but any sharp yuan depreciation could spur capital flight, analysts say.

Chinese leaders have repeatedly said they will not resort to yuan depreciation to boost exports, and the central bank has said it will not use the currency as a tool to cope with trade frictions.

The yuan has lost just over 2 percent against the dollar so far this month as the trade war intensifies, but analysts said the depreciation is likely to be market-driven.

Investors are concerned that China, which is the largest foreign U.S. creditor, may dump Treasury bonds and send U.S. borrowing costs higher to punish the Trump administration.

But most analysts say such an action by China is unlikely as it risks starting a fire sale that would burn its own portfolio too. China's massive Treasury holdings totaled $1.131 trillion in February, according to the latest U.S. data.

The near-term shock to China's economy from higher U.S. tariffs could be mitigated by increased policy stimulus to spur domestic demand.

Beijing has since scooped up soybeans from Brazil.