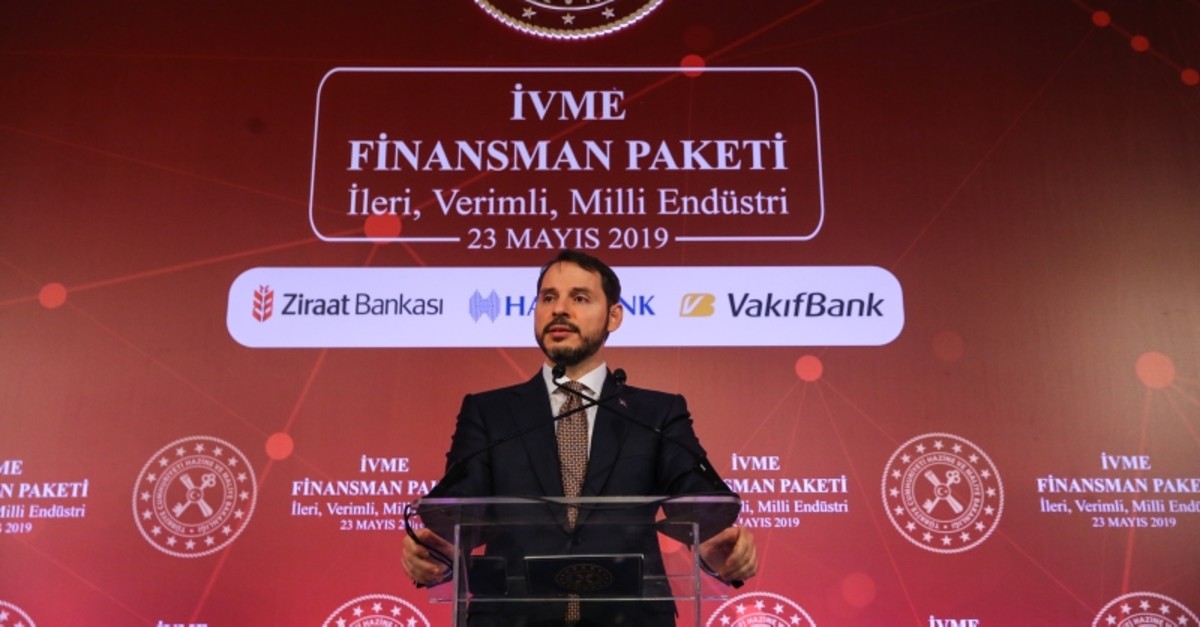 The financing package announced by the minister provides an innovative and important possibility for the banks to hedge the assets in their balances with the actual consumer price index and the government debt security index.

When taking into consideration the fact that the package is aimed at the sectors affecting the current account deficit, it is of historical importance.

To be provided by the end of the year, the package will prioritize medium-high technology and high-technology products and sectors, the minister underlined, with the provision of raw material, intermediate goods, machinery and agriculture, he added.

The minister noted that by adopting a product-oriented financing approach, the package would provide financing to products with the potential to contribute positively to the foreign trade deficit.

"The export potential for strategic products will also be revealed. We will make sure Turkey is affected by the financial uncertainties to a minimum degree despite the financing conditions that grow difficult under the shadow of global developments," he said.

The minister further noted that as a result of the policies the government implemented after 2002, the share of medium-high and high-tech exports went from 31% in 2002 to 39.9% as of 2018.

Pointing to machinery manufacturing as the second field of activity, Albayrak said computer, electronics and engine component sectors would be prioritized within the scope of the support. "We have reached about $18 billion in imports. We aim to be able to break the current account deficit of these items totaling above $46.2 billion," he noted. "In machinery manufacturing, an investment loan of up to TL 150 million will be provided for a maximum of 10 years with a principal repayment of up to two years."

"We will offer two different interest options for all loans," he said. "Considering the fall in inflation in the coming months, the advantages of the package will increase much more."

In recent months, Turkey has put forth an important tempo in the current account along with the momentum it achieved in exports and has continued to see a gradual decline in its current account deficit.

Albayrak noted the current account deficit reached its highest level of $58 billion in May 2018, adding that they expect to post a current account surplus as of June, a first for the Justice and Development Party (AK Party) in its 18-year rule.

"2019 will be the year we register the highest current account surplus," he said.

Meanwhile, with measures taken by the government and the stabilization process in the economy, the country's 12-month rolling current account deficit has dropped to $12.83 billion in March, its lowest level since the end of 2009.

The monthly current account deficit in March also saw its lowest level since October 2015 and dropped to $589 million, decreasing by $4.14 billion year-on-year, according to Central Bank of the Republic of Turkey (CBRT) data.

Economists expect the country's current account deficit to maintain its trend and continue to narrow in April as well and drop below $10 billion.

Last year, the current account balance posted a deficit of around $27.6 billion, improving from a nearly $47.5 billion deficit in 2017. It realized around 3.5% of the country's gross domestic product. The figure was the lowest since 2009, while Turkey's highest annual current account deficit over the last decade was seen in 2011, with $74.4 billion.

Turkey will see more improvements in growth in the second half of this year, according to the minister. "From the second half of the year, we will see balancing more clearly. We will manage the budget more easily with the measures to be taken," Albayrak continued. "We will continue our fight against those who want to take a manipulative position against the Turkish lira. We have left behind the worst in unemployment. We maintain our comfortable position in international financing. The quarter-based technical recession from the first quarter will be left behind. Besides, we will also see more positive developments on the growth side."