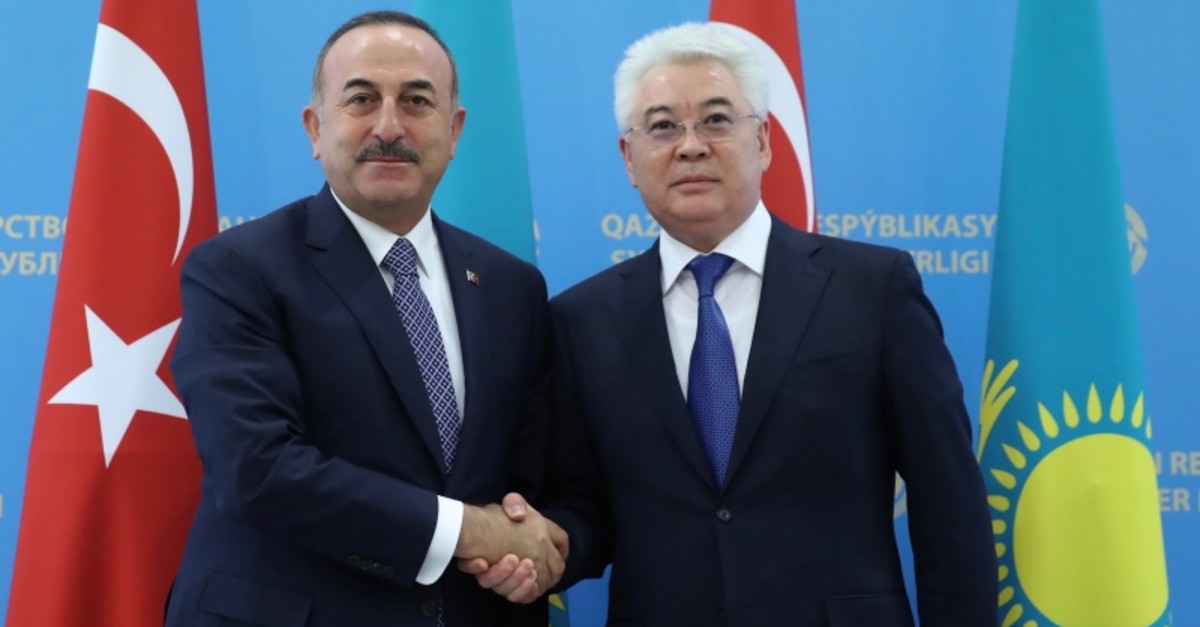 Turkey and Kazakhstan will work together to improve relations in all fields, Turkey's foreign minister said Friday.

The two countries should increase their mutual investments especially in the sectors of transportation, culture and education, Mevlüt Çavuşoğlu said at a joint news conference with his Kazakh counterpart Beibut Atamkulov in Nursultan (formerly Astana).

The current bilateral trade volume is $3 billion, he said, adding Turkey and Kazakhstan should continue working together to increase this figure.

His remarks came after meeting of the 5th Turkey-Kazakhstan Joint Strategic Planning Group where the two countries discussed bilateral relations especially in economy and regional issues.

The meeting of the Joint Economic Commission between Turkey and Kazakhstan should be held as soon as possible in the coming period, Çavuşoğlu said.

Also, touching upon the Gülenist Terror Group (FETÖ) and its structure in many countries, he underlined after the July 15 coup attempt, the first presidential visit to Turkey was paid by then Kazakh president Nursultan Nazarbayev.

FETÖ and its U.S.-based leader Fetullah Gülen orchestrated the defeated coup, which killed 251 people and injured nearly 2,200 others.

Atamkulov said bilateral trade between Kazakhstan and Turkey increased by 50% to $632 million in the first quarter of this year when compared to the same period last year.

He stressed the need to increase bilateral trade volume to $5 billion, which was determined by presidents of both countries.
Last Update: May 24, 2019 7:58 pm
RELATED TOPICS