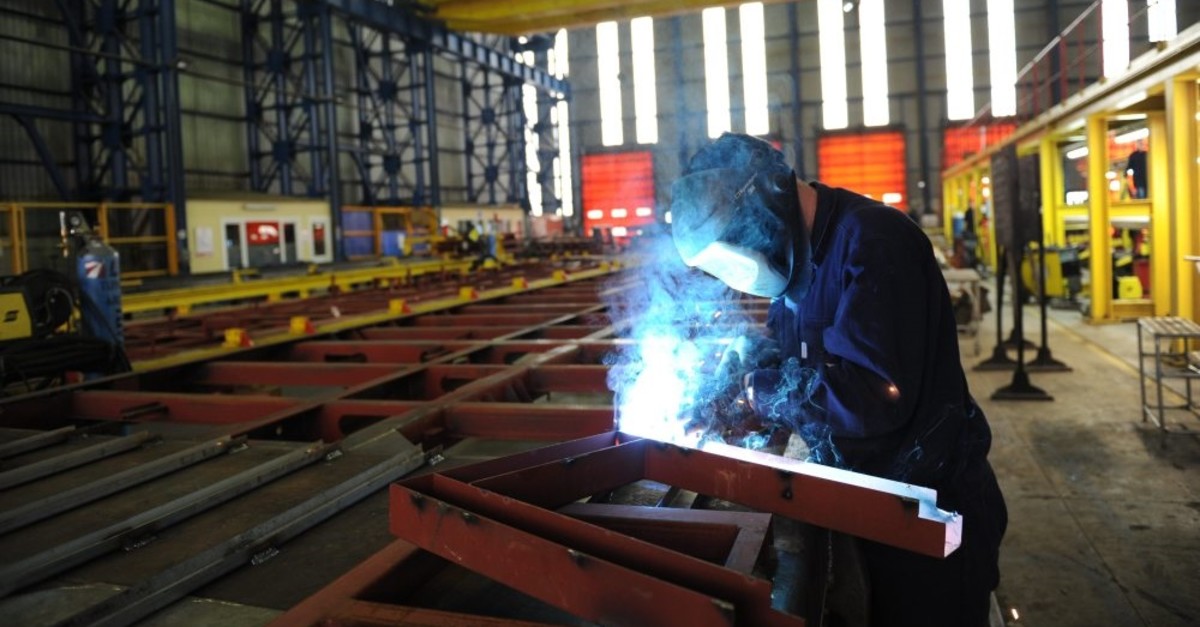 The new $30 billion financing package will be provided for raw material, intermediate goods, machinery and agriculture.
by Daily Sabah May 25, 2019 12:31 am

The Treasury and Finance Ministry announced on Thursday a comprehensive financing package for three areas of economic activity, including the production of raw materials and intermediate goods, machinery and agriculture.

The ministry's primary aim is to introduce this TL 30 billion package, İVME (advanced, productive, indigenous, industry), to take a concrete step toward supporting the passage to export-oriented and high value-added production, one of the most emphasized agenda items in the New Economic Program (NEP). The İVME package also seeks to provide an innovative and important possibility for banks to hedge assets in their balances with the actual consumer price index and the government debt security index.

For the first time, a loan package as large as İVME addressed the targeted policies for Turkey's $46.2 billion of imports per year of raw materials, intermediate goods and machinery sectors. While devising this package, a comprehensive study was conducted to identify 43 key investment areas for which support will be given to decrease the current account deficit. Focusing on specific sectors that have high import dependency, run trade deficits, make high contributions to employment and have high potential for exports, the ministry has taken into effect one of the most concrete policy steps toward the current account deficit issue of the Turkish economy.

Support to boost the operationally of the Turkish economy will not only be provided for investments, but also will be given to companies in 43 different business areas. The package aims to activate capacities that are inactive or below potential.

Inflation and government securities indexed loans p​rovide more advantageous conditions and promises for business activities when finance opportunities and conditions have become tougher. In his presentation on Thursday, Treasury and Finance Minister Berat Albayrak emphasized that the İVME loan package will contribute to decreasing the current account deficit of Turkey.

In recent months, Turkey has put forth an important tempo in the current account along with the momentum it achieved in exports and has continued to see a gradual decline in its current account deficit.

Albayrak noted the current account deficit reached its highest level of $58 billion in May 2018, adding that they expect to post a current account surplus as of June, a first for the ruling Justice and Development Party (AK Party) in its 17-year rule.

Meanwhile, with measures taken by the government and the stabilization process in the economy, the country's 12-month rolling current account deficit dropped to $12.83 billion in March, its lowest level since the end of 2009.

The monthly current account deficit in March also saw its lowest level since October 2015 and dropped to $589 million, decreasing by $4.14 billion year-on-year, according to the Central Bank of the Republic of Turkey (CBRT) data. Economists expect the country's current account deficit to maintain its trend and continue to narrow in April as well and drop below $10 billion.

Last year, the current account balance posted a deficit of around $27.6 billion, improving from a nearly $47.5 billion deficit in 2017. It realized around 3.5% of the country's gross domestic product. This figure was the lowest since 2009, while Turkey's highest annual current account deficit over the last decade was seen in 2011, with $74.4 billion.

Commenting on the support package, ZiraatBank General Manager Hüseyin Aydın indicated that other participation banks and conventional lenders are expected to follow suit of state lenders and join similar projects.

Aydın underscored that the stable growth of the Turkish economy and its ability to take a larger share of global trade is possible with the increasing quality of production.

Halkbank General Manager Osman Arslan noted that the İVME financing package is a visionary step for the Turkish economy.

"In the first four months of the year, we have observed the quick and positive results of significant measures targeting the cash flow of the private sector. While the positive trend in industrial production continues, developments in the subsectors strengthen the positive course of the economic balancing period. We will continue to support the real sector in the second half of the year during which we will continue to feel the impacts of the economic reforms," Arslan said.

The Halkbank general manager remarked that the new financing package would make significant contribution to the Turkish economy, as it will particularly provide loans for import-dependent sectors that run a trade deficit.

Vakıfbank General Manager Mehmet Emin Özcan also highlighted that the İVME financing package is of great significance in terms of ensuring sustainable growth, which is only possible with high value-added investments.