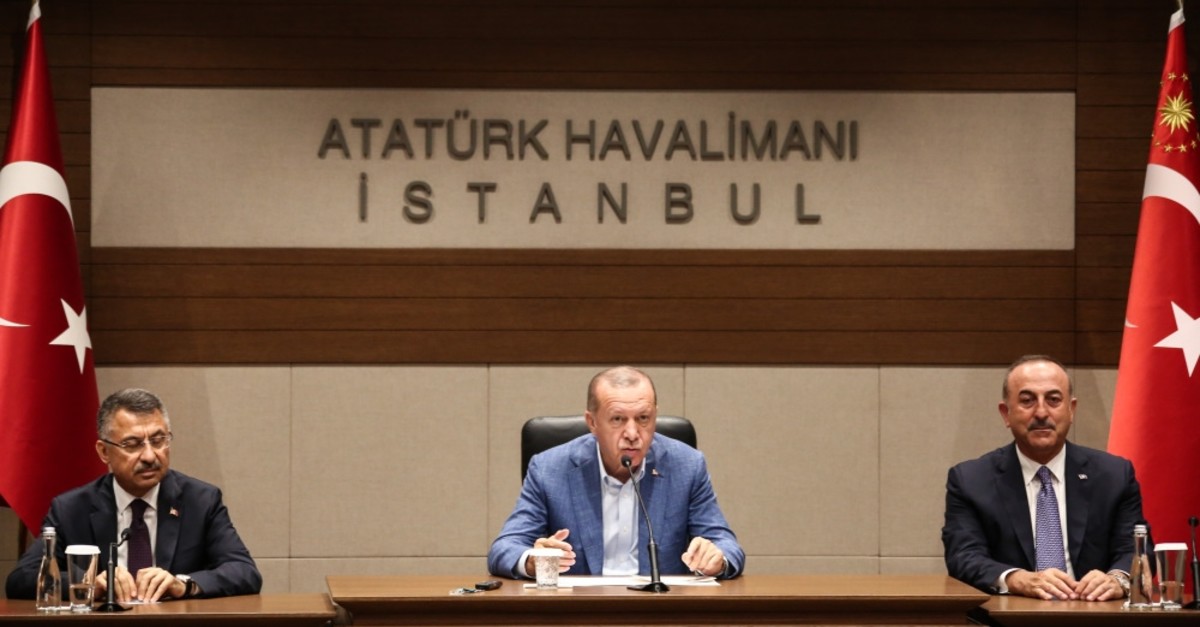 President Recep Tayyip Erdoğan is scheduled to meet with Asian leaders in Dushanbe over the weekend to discuss a broad range of issues in hopes to contribute to regional peace, prosperity and stability

The leaders of Asian countries are scheduled to meet in Tajikistan's capital Dushanbe on Saturday at the 5th Conference on Interaction and Confıdence Building Measures in Asia (CICA).

President Recep Tayyip Erdoğan will also participate in the summit themed "Shared Vision for a Secure and More Prosperous CICA Region" and hold bilateral meetings with other leaders.

"CICA operates as an effective mechanism where regional issues are handled at the highest level. Turkey is sustaining efforts for multilateral cooperation and effective dialogue on every platform to protect its own interests and ensure stability, security and peace," Turkish Presidency Communications Director Fahrettin Altun said on Friday in a statement on his official Twitter account.

Addressing press members upon his departure for the Tajikistani capital, President Erdoğan stressed the importance of CICA as a productive platform for dialogue among regional countries.

"The conference over the weekend will allow member states and participating states to deepen cooperation," Erdoğan said.

The bloc has 27 member states and more than 10 other countries and inter-governmental organizations have observer status.

The conference in Dushanbe will delve into military, political, economic, humanitarian and environmental issues in addition to common global and regional threats, while determining long-term goals for the countries attending the summit, Altun explained.

ala Sirisena and Afghanistan Chief Executive Abdullah Abdullah will attend the conference.

Representatives from the United Nations, the Organization for Security and Cooperation in Europe (OSCE), the Shanghai Cooperation Organization (SCO), the Commonwealth of Independent States (CIS) and the Parliamentary Assembly of Turkic Speaking Countries (TURKPA) will also be present at the conference.

As part of his bilateral meeting schedule, President Erdoğan is expected to meet Russian President Putin, Chinese President Xi and Iranian President Rouhani. In addition to developments in Syria, Erdoğan and Putin are likely to discuss Turkey's purchase of the Russian-made S-400 surface-to-air missile system.

The summit in Dushanbe is an important political context where Asian countries are sanctioned and threatened by the U.S.

The summit will give political impetus to achieving new goals and exploring ways to address existing and emerging issues of collective concern of the 27 member states to further advance the CICA process and continue implementing confidence building measures and transform Asia into a harmonious region with enduring peace and prosperity through comprehensive and in-depth dialogue.

The CICA process began in 1992 and developed under the coordination of Kazakhstan until 2002. The 2010 summit was held in Istanbul as Turkey assumed the term presidency of the organization at the time.