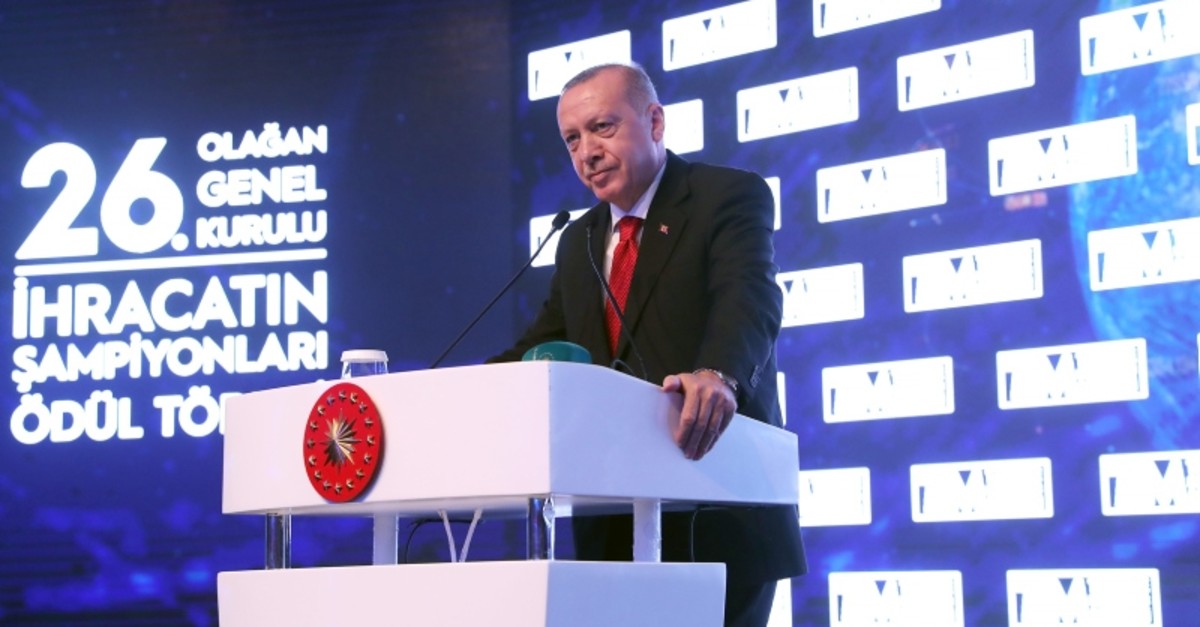 President Recep Tayyip Erdoğan on Sunday touted the benefits for Turkish exporters in their being exempt from taxes over foreign currency purchases.

Turkey's exports rose to $171.4 billion this May, which is positive but still falls short, as in fact they should top $200 billion, he added.

Erdoğan stressed that Ankara is "very close" to moving Turkey from a country with a current account deficit to one with a surplus.

Istanbul to vote next week

Speaking ahead of the Istanbul mayoral revote, set for one week from Sunday, Erdoğan said that anyone who respects democracy and the law must approve the outcome of June 23 election.

The results of the March vote were canceled after the ruling Justice and Development Party (AK Party) and Nationalist Movement Party (MHP) appealed to the council, citing irregularities and violations of election law.

On the Greek Cypriot administration reportedly issuing arrest warrants for the crew of the Turkish-flagged drillship Fatih in the Eastern Mediterranean, Erdoğan said such warrants represent "false hopes."

The Fatih drillship launched its offshore drilling operations on May 3 in an area 75 kilometers (some 41 nautical miles) off the western coast of Cyprus.

The area falls entirely within the Turkish continental shelf registered with the U.N. and under permit licenses that the Turkish government granted to Turkish Petroleum in previous years.

Turkey has consistently contested the Greek Cypriot administration's unilateral drilling in the Eastern Mediterranean, saying the Turkish Republic of Northern Cyprus also has rights to the resources in the area.

In 1974, following a coup aiming at Cyprus' annexation by Greece, Ankara intervened as a guarantor power. In 1983, the Turkish Republic of Northern Cyprus was founded.