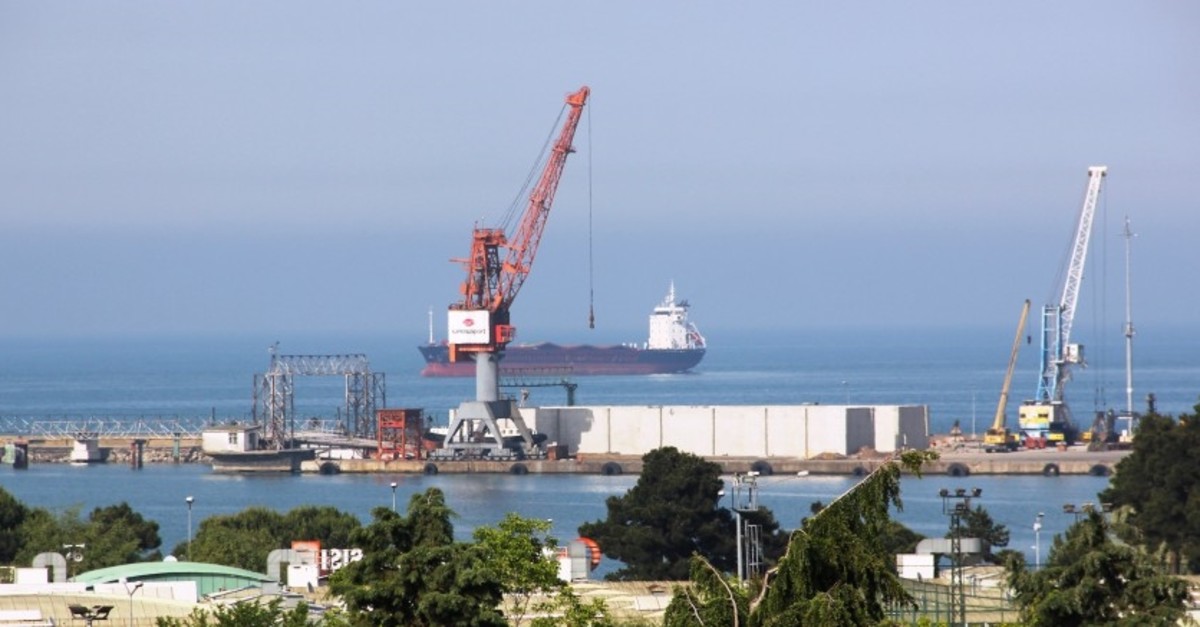 Turkish exports and imports stood at $72.6 billion and $84.3 billion, respectively, in the first five months of the year, resulting in $11.6 billion in foreign deficit, the lowest five-month data in the last decade.
by Daily Sabah Jun 29, 2019 12:08 am

With the impact of the economic balancing period in Turkey, the country's imports have continued to fall for the past year, while exports maintained a steady upward trend. As a result, the annual trade deficit in May dropped to $31.5 billion, the lowest in 15 years

The foreign trade deficit, indicating the gap between exports and imports, has stood at $31.5 billion in the last 12 months, its lowest level since August 2004. According to Turkish Statistical Institute (TurkStat) data, exports amounted to $15.981 billion in May 2019, with a 12.1 percent rise year-on-year, while imports in the same period declined by 19.3 percent to $17.819 billion. So, the foreign trade deficit fell to $1.838 billion with a 76.5 percent decline. Meanwhile, exports and imports stood at $72.666 billion and $84.307 billion in the first five months of the year, respectively, resulting in an $11.641 billion in foreign deficit, the lowest five-month data in the last decade. The last 12 months' foreign trade deficit amounted to $31.488 billion, the lowest level since August 2004.

In the same period, the foreign trade deficit with Asian countries reached $7.517 billion, the Americas $2.184 billion, Australia and New Zealand $202 million and other countries $6.109 billion.

Anadolu Agency (AA) financial analyst and economist Haluk Bürümcekçi said the $1.84 billion in foreign trade deficit in May is much below last year's figure.

Touching on the fact that the energy group had no impact on the foreign trade balance, Bürümcekçi said the surplus did not stem from energy and gold.

According to Bürümcekçi, Turkey has become a net importer of gold, with gold exports soaring to $164 million from $74 million last May and gold imports standing at $467 million. So, the foreign trade balance in gold remained at $3.1 billion in the first five months of 2019 from $8.7 billion throughout last year. Energy imports, on the other hand, have declined for the first time in a long time, while this month's decrease in energy imports was $90 million compared to the same month last year. Thus, energy imports in the last 12 months have declined to $44 billion. The annual balance outside of energy and gold yielded a surplus of $11.4 billion – far above the surplus seen even in the 2001 crisis.

Stating that the trend value of the foreign trade deficit reflects the loss of momentum in the recovery trend in growth, Bürümcekçi said the signals from the import subgroups point to a negative picture in terms of investments, production and domestic demand.

Pointing out that foreign trade deficit signals for June reveal that non-gold exports have sharply dropped, Bürümcekçi noted that the base effect in gold trade is positive. "Following the foreign trade data, we think that the current account balance may run a surplus of $300 million in May," he said. Halk Yatırım, research director Banu Kıvci Tokalı, stated that the monthly foreign deficit in May was $1.8 billion in line with their expectations.

Tokalı further noted that the annual increase in exports and the continued sharp slowdown in imports were effective in improving the foreign trade balance. "Domestic demand and exchange rate development helped rein imports, while the slowdown in gold imports is also an auxiliary factor," she said. According to Tokalı, monthly gold imports fell to $470 million in May, down from $700 million, the average of the last 12 months. On the other hand, gold imports in the five-month period amounted to $3.7 billion, which is significantly below the outflow of $7.8 billion in the same period last year. Meanwhile, energy imports are still at high levels due to the ongoing impact of the rise in oil prices in the December-May period. "We also see that the improvement in the external balance, excluding gold and energy, has continued to remain in the positive zone for the last 10 months. The annual core balance, which ran a deficit of $37.1 billion a year ago, had $11.4 billion in surplus at the end of May. We expect the positive development to continue in the second quarter of the year," she concluded.