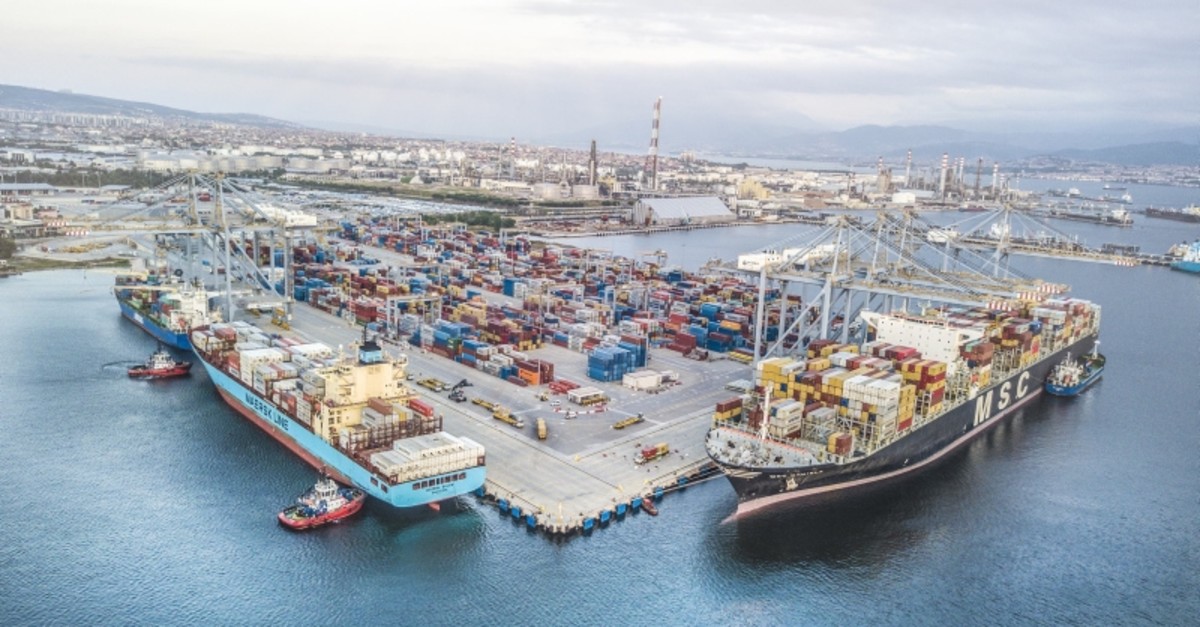 Trade Minister Ruhsar Pekcan announced Turkey's exports brought in $88.2 billion in the first half of 2019, the highest such figure in its history.

"Despite the downward revisions in the global economy, especially in the growth prospects of the most important export market eurozone, Turkish exports rose 2.18 percent to $88.2 billion in the first six months of this year and set a record in the history of Turkish Republic," the minister said Tuesday in a statement.

Turkey's foreign trade gap narrowed to $13.96 billion in the first half of this year, Pekcan noted. She also said the country's foreign trade volume fell by 11.3 percent to $190.4 billion from January to June.

Mentioning the slowdown in the global economy, trade wars, protectionism tendencies and possible Brexit without deal, the minister remarked, "Despite all these challenges, we expect Turkey to maintain its positive performance in exports throughout 2019."

The monthly data of the ministry revealed that Turkey's exports fell by 14.86 percent to $11.6 billion, according to the calculations based on the general trade system (GTS), while the imports dropped by 22.81 percent to $15.1 billion.

The calculations based on special trade system (STS) demonstrated that Turkish exports fell to $11.1 billion with a decrease of 14.2 percent and imports contracted to $14.2 billion, falling 22.6 percent.

Automotive and other vehicle exports ranked first in June with $1.9 billion and were followed by machine and mechanical devices exports with $1.03 billion. Turkey's steel and iron exports, which came third last month, totaled $661 million. Lubricants were the top item of imports in June with $2.8 billion.

The top destination for Turkish goods last month was, as always, Germany with $1.1 billion followed by the U.K. and France, with $684 million and $639 million respectively.

In her evaluation, Trade Minister Pekcan also expressed that the exports began to increase after a break during the nine-day break during the Ramadan Bayram (Eid al-Fitr) in early June. Exports rose by nearly 20 percent in the last 20 days of the month. "This upward movement has compensated for the loss because of the break during the bayram holiday to a great extent.

The foreign trade deficit in June dropped by 41.1 percent, reducing to $3.5 billion, compared to the same period of last year.

Pekcan also stressed that the steep decline in the foreign trade deficit also reduced Turkey's need for external financing, making a strategic and significant contribution to the economy.

"The foreign trade deficit contracted by $27.9 billion in the first quarter of the year. This drop means that Turkey's need for external finance also fell by $27.9 billion," Pekcan concluded.