Business world focuses on new $100B Turkey, US trade target 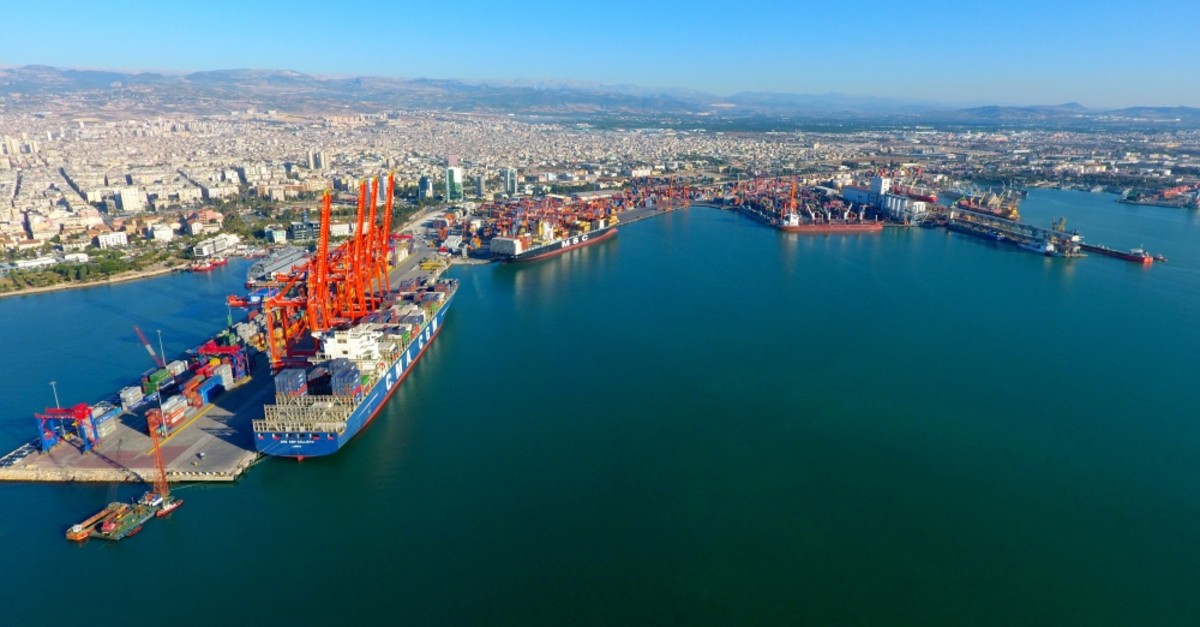 Businesspeople are now focused on a new road map and are looking for ways to achieve a $100 billion trade volume target between Turkey and the U.S., a figure raised from the previously agreed $75 billion

The previously determined $75 billion trade volume target between Turkey and the U.S. was raised to $100 billion during the bilateral meeting held between President Recep Tayyip Erdoğan and U.S. President Donald Trump on the sidelines of the G20 summit in Osaka, Japan late last month. Now as a result, the target of the project prepared with a global management consulting firm, Boston Consulting Group (BCG), has been revised in this direction as well, a statement by the Foreign Economic Relations Board (DEİK) and DEİK/Turkish-American Business Council (TAİK) said Wednesday.

The decision to revise the project target came at the second Steering Committee meeting of the Turkey-U.S. $75 Billion Trade Target Study conducted by TAİK and the American-Turkish Council (ATC) under the coordination of the Trade Ministry in Istanbul.

Among many important items on the agenda during their meeting in Osaka, Erdoğan and Trump and their delegations had a chance to revisit their commitment to increasing bilateral trade and expanding economic cooperation.

"We have done great things together, and we are big trading partners," noted U.S. President Trump at the meeting, adding: "I think $75 billion is small. I think it is goin​g to be well over $100 billion soon."

In February, the two leaders agreed to increase bilateral trade volume to $75 billion, a decision hailed by Turkish and American business communities.

Stressing that Turkey and the U.S. are doing more and more business, Trump had expressed the U.S. expectation to quadruple business with Turkey.

In 2018, Turkey-U.S. bilateral trade volume was $20.6 billion, according to data from the Turkish Statistical Institute (TurkStat). While Turkey's exports to the country came to $8.3 billion, its imports totaled $12.3 billion.

TurkStat data also showed that in the period January to May this year, bilateral trade volume between the two NATO partners was $7.8 billion. U.S. purchases of Turkish products were $3.4 billion, while exports were $4.4 billion.

At the round table meeting that brought together public and private stakeholders, the activities to be realized in the future and the road map to be drawn were discussed.

"Our goal is not only to increase trade between the two countries, but also to focus on foreign capital investment," Minister Turagay said in his speech at the meeting. "The exports of our domestic products to third countries will increase in parallel with the increase in foreign capital."

In his remarks, TAİK President Mehmet Ali Yalçındağ thanked all the business partners who contributed to the study which was initiated with the aim of increasing the trade volume between Turkey and U.S. to $100 billion.

Yalçındağ stated that they would present the road map of the study to both presidents during Trump's visit to Turkey and that the more comprehensive presentation of the report would be made at the 10th Turkish Investment Conference to be held in New York on Sept. 25.

Senior strategists who presented the progress achieved so far in the meeting, stressed that this goal was not utopian, adding sectoral progress would be more effective between the two countries. The project presentation focused on the automotive, tourism, textile, jewelry, civil aviation, white goods, building materials, and furniture sectors, regarded as opportunities for Turkey's exports to the U.S., while energy, medical equipment, chemical products and civil aviation sectors came to the fore in Turkey's imports from the U.S.

At the committee meeting, it was decided to form more focused working groups. Through these working groups, both direct foreign investment and joint ventures and sectors will be examined separately and in more detail. It is also aimed to create a road map for Turkey's promotion and public relation (PR) activities.

From a historical perspective, early economic dialogue between Turkey and the U.S. began with the Economic and Technical Cooperation agreement signed in 1947 with a view of implementing the Truman Doctrine in the aftermath of World War II. While strategic, political and military cooperation expanded with Turkey's membership in NATO in 1952, economic partnership grew more exponentially as Turkey welcomed more American companies.