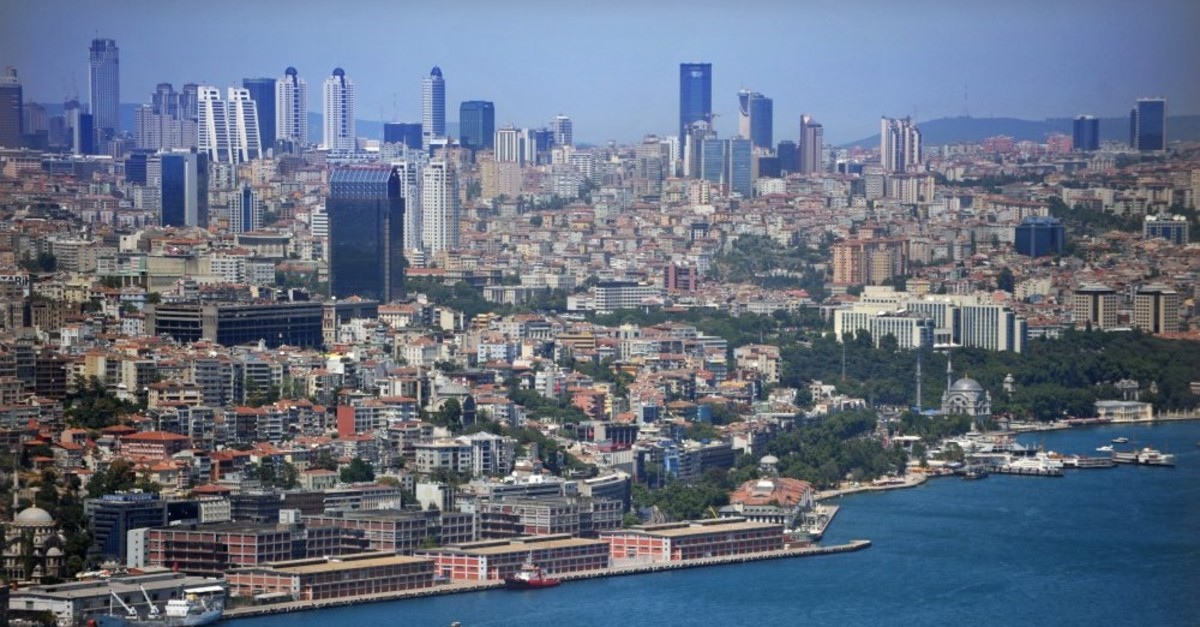 An aerial view of Istanbul, Turkey's financial capital that attracts the highest number of foreign investors in the real estate sector.
by Daily Sabah Jul 12, 2019 12:08 am

The introduction of legislative amendments in September 2018 eased the minimum investment requirements for acquiring Turkish citizenship and led to a rise in demand for Turkey's real estate sector, while paving the way for foreigners from around the world to receive citizenship

Iran took the lead in the list of investors who gained Turkish citizenship with 253 people, followed by Iraq with 143, Yemen with 97, Afghanistan with 94, Syria with 59, Palestine with 58, Jordan with 57, Egypt with 45, China with 21 and Azerbaijan with 16.

Meanwhile, six investors from the U.S. and Russia each, four from Canada, Italy and Israel each, two from the United Kingdom and Ukraine each, and one investor from Australia and Greece each were granted Turkish citizenship.

Turkey reduced the limits for foreigners to acquire Turkish citizenship to encourage investment in September 2018. Thus, foreigners who own real estate in Turkey worth a minimum $250,000, instead of the previous limit of $1 million, can now acquire Turkish citizenship. Turkey's housing sales to foreigners have presented an upward trend since 2012, the year when parliamentary law made it easier for foreign investors to purchase real estate in the country.

According to the new regulation, the lower limit of fixed capital investments to acquire Turkish citizenship for foreigners has been reduced to $500,000 from $2 million. The regulation also covers foreigners who deposit a minimum of $3 million in Turkish banks. The deposit requirement of a minimum $3 million in Turkish banks was also lowered to $500,000. A similar regulation applies to foreign investors who hold government-issued bonds worth at least $500,000 that are not diversified for three years. The previous minimum requirement was $3 million for government bond holding foreigners. Foreigners who generate jobs for a minimum 50 people, the previous requirement was 100 people, will also be able to apply for Turkish citizenship.

Since the launch of the legislative amendment, Turkey's housing sales to foreigners has resulted in upward performance. For instance, housing sales to foreign buyers jumped 62.5 percent last month to some 3,925 units, up from 2,415 units in May 2018. As for the January-May period, purchases by foreign residents surged significantly, from 9,756 to 17,263, an increase of 77 percent, according to the Turkish Statistical Institute (TurkStat). Earlier, foreigners acquired some 3,168 units in January, 3,321 units in February, 3,129 units in March and 3,720 units in April, a year-on-year increase of 81.9 percent, 92.1 percent, 71.3 percent and 82.1 percent, respectively. Moreover, some 39,663 properties were sold to foreign investors last year, the highest number ever. In 2017, foreigners bought 22,234 units.