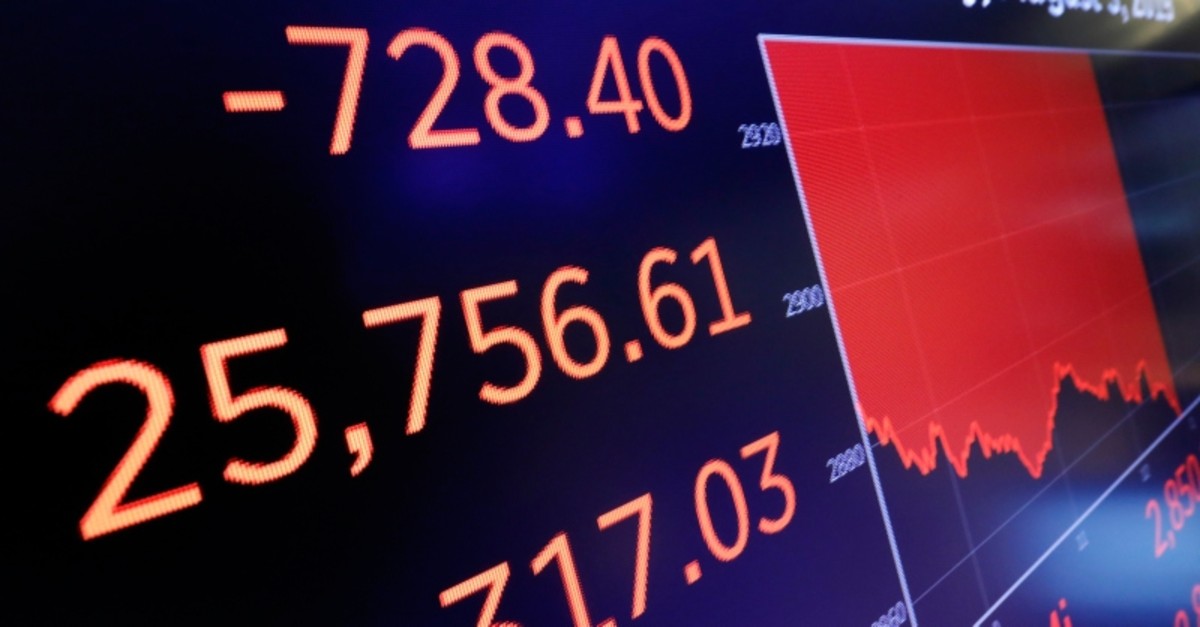 Stocks are plunging on Wall Street after China let its currency sink to the lowest level in more than a decade, escalating its trade war with the U.S.

The Dow Jones Industrial Average sank 800 points Monday, or 3%, its worst drop of the year.

Technology companies and banks fell the most. Apple and Bank of America each fell 5%.

China's central bank allowed the yuan to sink below seven per dollar. Investors are concerned that Beijing is using its currency as a weapon in its trade skirmish with Washington.

Stocks opened sharply lower after China's currency tumbled below 7.0 against the dollar, a retaliatory step after US President Donald Trump announced last week he would impose 10 percent tariffs on $300 billion in Chinese imports.

China's purchase decision means more pain for the US agricultural sector, which could hit the farm states that helped elect Trump in 2016.

The stock selloff is "a recognition that any chance for a (US-China) trade deal over the next quarter or two is probably off the table," said Jack Ablin, chief investment officer at Cresset Asset Management.

"This demonstrates that the two sides are pretty far apart."

Losses were broad-based but some companies suffered especially bruising declines.

Apple, which manufactures iPhones and other goods in China, shed 5.3 percent.

Chip companies, which also import from the country, including Intel and Micron Technology lost 3.8 percent and 5.6 percent respectively.

Retailers experienced another painful session in the wake of Trumps' latest tariff, with Macy's, Best Buy and Ralph Lauren all off about four percent or more.