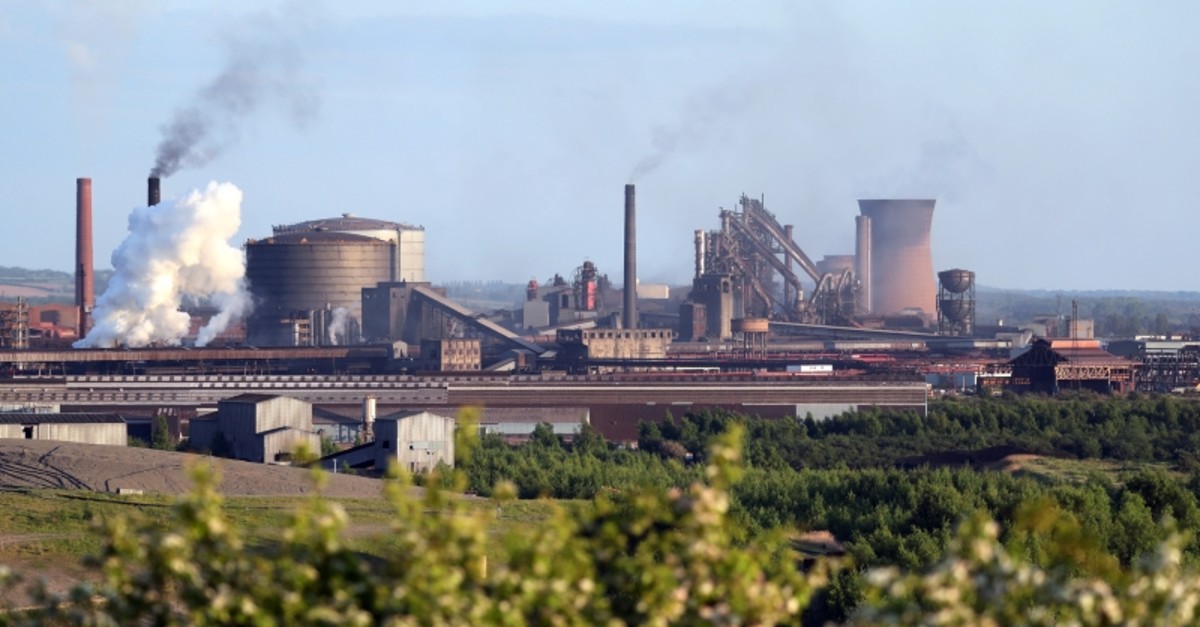 Turkey's military pension fund OYAK announced Friday that it has reached a provisional agreement to take over British Steel, with plans to close the deal by the year-end.

Britain's second-largest steelmaker employs 5,000 workers and produces nearly 1,500 high-margin steel products including rail, construction steel, special profiles, and wire rods with an annual production capacity of 4.5 million tons of raw steel. The 150-year-old company supports a further 20,000 jobs in its supply chain and production sites in France and the Netherlands. Some important projects featuring British Steel products are London Heathrow Airport and the Olympic Stadium, as well as the newly inaugurated Istanbul Airport.

Based in Scunthorpe, North Lincolnshire, British Steel was put into compulsory liquidation on May 22 after Greybull Capital, which bought the firm for one pound from Tata Steel three years ago, failed to secure funding to continue its operations. Greybull blamed Brexit strains for its financial collapse.

Some 80 firms worldwide reportedly expressed their interest to acquire British Steel and declared their strategic plans for the company. Ataer Holding, an affiliate of OYAK, will have the exclusive rights to carry out due diligence on British Steel and expects to complete this in October, OYAK said in a statement.

"We will continue to make investments for the higher benefit of our members, and take domestic and international steps in line with our growth-focused vision," said OYAK General Manager Süleyman Erdem.

Toker Özcan, head of OYAK Mining Metallurgy Group, said the acquisition of British Steel will further increase the share of value-added products in their final product portfolio while improving the effectiveness of the group's value chain.

Britain is looking to complete the sale of British Steel to Ataer Holdings as the preferred buyer in the coming weeks, The Insolvency Service also said on Friday.

"I will be looking to conclude this process in the coming weeks, during which time British Steel continues to trade and supply its customers as normal," the Official Receiver said in a statement released by The Insolvency Service.

OYAK was set up in 1961, a year after the first military coup in modern Turkey, and currently has 362,968 members. The fund's total assets were worth $19.3 billion in 2018. OYAK is active in the mining, cement, automotive, finance, chemistry, metallurgy, and energy sectors. The group carried out $4.7 billion worth of exports in 2018 with $1.78 billion alone performed by OYAK-Renault, a joint venture with the French automotive giant based in northwestern Turkey's Bursa.

OYAK Mining Metallurgy Group is Turkey's largest integrated steel producer with its nine companies employing some 12,000 workers. According to crude steel production statistics in 2017, it ranks third among the producers of the EU-28.

The main company within the group is Erdemir (Ereğli Iron and Steel Factories) based in northwestern Turkey's Zonguldak. Starting flat steel and plate production for the first time in Turkey as a public corporation in 1965, Erdemir is listed among the fifty civil engineering feats of the country by the Chamber of Civil Engineers. It was privatized in Oct. 2005 and 49.29% of the shares were acquired by OYAK for $2.77 billion while 47.63% of its shares are traded in Borsa Istanbul, with 3.08% held by Erdemir itself. In 2002, Isdemir (Iskenderun Iron and Steel Corporation), another public-owned company based in southern Hatay province producing flat and long steel products, was transferred to Erdemir. There are various mining, engineering and energy companies operating as subsidiaries of Isdemir and Erdemir, which are ranked seventh and eighth in the Istanbul Chamber of Industry's (ICI - ISO) annual "500 Top Turkish Enterprises" list, respectively.