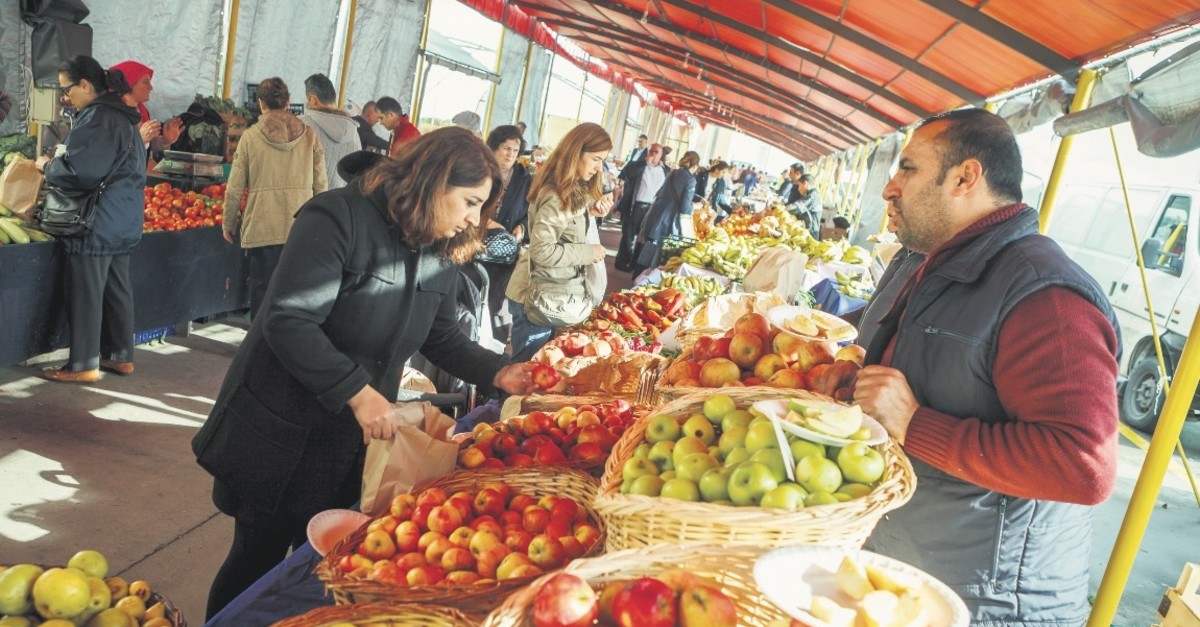 Turkey's inflation has dropped to its lowest level in the last 15 months, exceeding expectations. The positive trend in consumer prices are likely to set the market conditions for another rate cut in the central bank's September meeting as the market rates are already lowering the policy rate

The persistent inflationary pressures on the Turkish economy have finally signaled a sigh of relief as the annual inflation slipped to 15.01%, according to Turkish Statistical Institute (TurkStat) data released yesterday. The downward trend in inflation, falling market interest rates and the ameliorating industrial output are all coming to support a slight loosening of the monetary policy, which in Turkey is one of the pillars for economic growth. The Turkish economy has been closely watched by markets and analysts for more than a year. The current account deficit, budget deficit, public and private sector debt and the increasing inflation coupled with geopolitical risks have led the country to a tumultuous cycle of depreciating lira, rising premium risks, inflationary pressures and soaring interest rates.

Turkey's inflation rate peaked at 25.24% in October 2018. Yet, the 15-month struggle with high inflation ensured by tight monetary policies and supportive steps from the central bank have finally yielded fruit as the consumer price index came below market expectations. Last month, inflation saw a rise of 0.86% on a monthly basis, TurkStat data showed, as opposed to the expectations for a 1.4% increase. August's figure was down from 16.65% in July, beating expectations and was also down from August 2018 when consumer prices were 17.9%. In his evaluation of the inflation data, Treasury and Finance Minister Berat Albayrak drew attention to the significant drop in consumer and producer prices. The latter dropped 0.59% on a monthly basis and came at 16.9%.

"The fall in the producer prices maintains a downward trend in inflation. The fight against inflation and healthy economic growth are our prioritized policies. We will achieve year-end targets in all spheres of economic indicators," Albayrak said on his official Twitter account.

In July, the Central Bank of the Republic of Turkey (CBRT) cut its year-end inflation forecast for 2019 to 13.9%, down from 14.6% in its previous report. The rate is expected to fluctuate between 11.5% and 16.3% through the end of this year, the bank's governor Murat Uysal said. 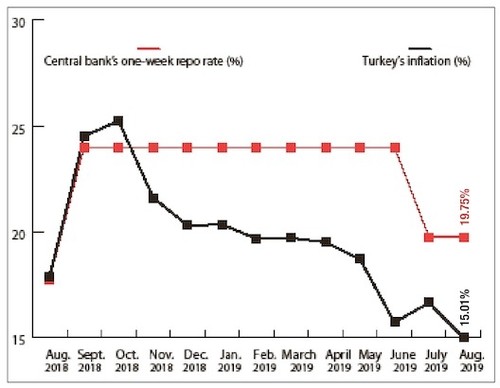 The inflation data also proved that the Turkish economy has begun to overcome the summer of 2018 when the economy was shaken by high currency volatility, rising credit default swaps and inflation.

Despite the growth performance has been in a slump due to the contracting economic activity and tightened monetary supply, the Turkish economy posted 1.5% contraction in the second quarter, according to the data released Monday, lower than the survey expectations.

In a note released yesterday, Standard Chartered stressed that it is no longer the summer of 2018 for the Turkish economy. Citing the second-quarter gross domestic product (GDP) data, the bank said the lower than expectations contraction "confirms our view that the worst is over for the business cycle."

"The below-consensus August CPI print creates fresh room for the central bank to proceed with its easing cycle at the 12 September monetary policy meeting. We still expect a 225 basis points cut, taking the real policy rate back to 3% [the current real policy rate is just under 5%]," the Standard Chartered said.

Deniz Yatırım Strategist Orkun Gödek also stressed that the downward trend in inflation is likely to continue in September. "We are expecting that the central bank will cut the interest rates by 225 points in the September meeting," he said.

The resumption of a price slowdown will enable Turkey's central bank to carry out more cuts, as the country's inflation rate hit a 15-month low in August, an analysis by Bloomberg said.

The above expectations fall in inflation led the Turkish lira to trade 0.5% stronger against the dollar yesterday, and could further allow CBRT Governor Murat Uysal to press ahead with easing, the report said.

"Unless the lira weakens markedly, the central bank will continue to cut rates to ease the burden on the economy," Piotr Matys, a London-based strategist at Rabobank told Bloomberg. Economists who spoke to the business news outlet noted that they expect the inflation to hit single-digits in October.

Inflationary pressures have been a major concern on the Turkish economic agenda for the past year. While the CPI peaked in October 2018 with 25.24%, the highest in more than a decade, the gradual decreases have been consistent since then.

According to the statement released by the CBRT, developments in the domestic market and tight monetary policy continue to support the alleviation of inflationary pressures.