Aviation agreement with Japan to expand THY flight network 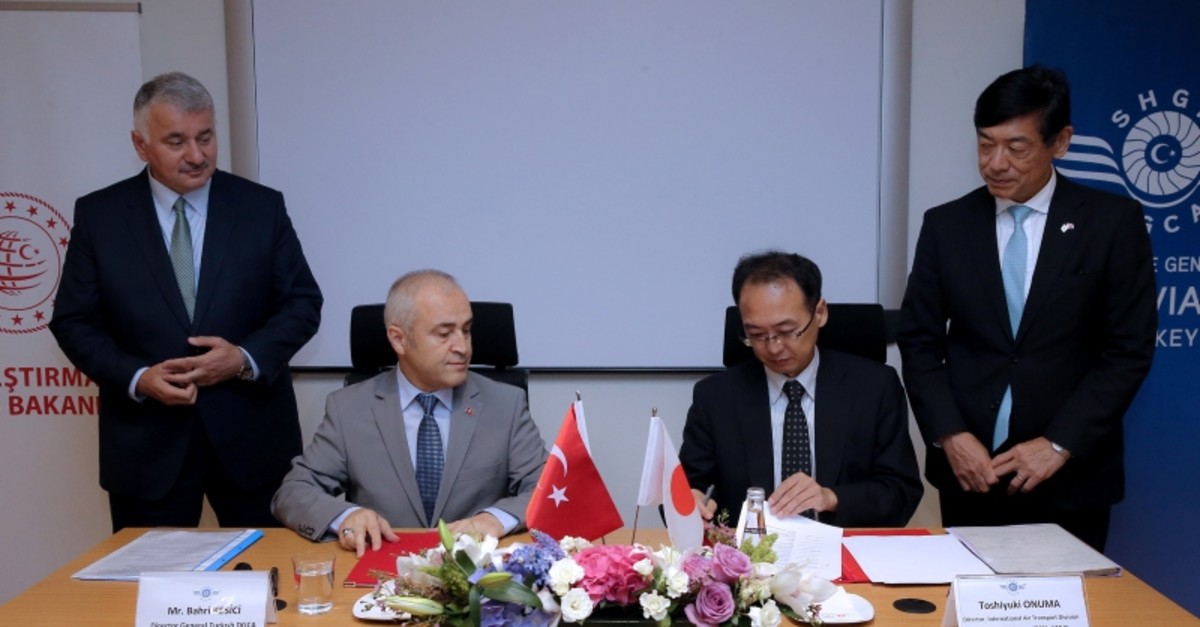 A deal signed between the Turkish and Japanese civil aviation authorities will enable Turkish Airlines (THY) to launch operations at Haneda Airport in Tokyo in addition to the existing flights to Narita International Airport in the city.

A signing ceremony was held on Tuesday at the Turkish Civil Aviation Academy within the scope of the Turkey-Japan civil aviation negotiations conducted between the General Directorate of Civil Aviation (SHGM) and the Japanese Civil Aviation Authority.

Accordingly, in addition to THY's existing Tokyo Narita flights, the agreement has also paved the way for Tokyo Haneda flights.

These flights will be launched by Turkish Airlines as of the 2020 Summer Tariff Period seven times a week, increasing the total number of THY flights to Tokyo to 11 per week.

Together with the Osaka flights scheduled five times in the 2020 Summer Tariff Period, the number of flights between Turkey and Japan will increase to 16 per week.

Speaking at the ceremony, General Director of Civil Aviation Bahri Kesici said THY is set to fly to Haneda Airport 30 years after the first flight from Turkey to Japan, expressing satisfaction with the positive negotiations in Tokyo in July of this year. "With the agreement signed today, the restrictions on night slot requirements regarding operations to be made to Haneda Airport were removed, and THY plans to start operations in Haneda in the summer season of 2020," Kesici said.

Stressing that Turkey has made great progress in the field of aviation, he noted that Turkey has signed air transport agreements with 171 countries to date, achieving a key position in global aviation with its flight network of up to 325 destinations in 126 countries.

With the opening of Istanbul Airport, Kesici added that Turkey contributed not only to the development of global aviation with the number of passengers and the volume of aircraft traffic but also to the infrastructure of the global civil aviation industry.

Recalling that this year was celebrated as the Year of Turkish Culture in Japan, Kesici said that this agreement would not only facilitate air transportation, trade and tourism but also provide opportunities for further development of cultural and historical ties.

Japan's Ambassador to Ankara Akio Miyajima said that this agreement was a historical agreement and that air traffic was an important tool that connects not only people but also cultures.

Miyajima underlined that the agreement was an important opportunity for the convergence of Turkish and Japanese people and the development of tourism potential.

Japan's Civil Aviation Director Toshiyuki Onuma, on the other hand, noted that the agreement would contribute to the cooperation between the two countries by strengthening the network of aviation and tourism traffic.

Following the signing ceremony, the Japanese delegation visited the Civil Aviation Academy and received information about the training carried out in various branches of aviation and then joined the city tour.