Finance minister discusses trade ties with US secretary of commerce 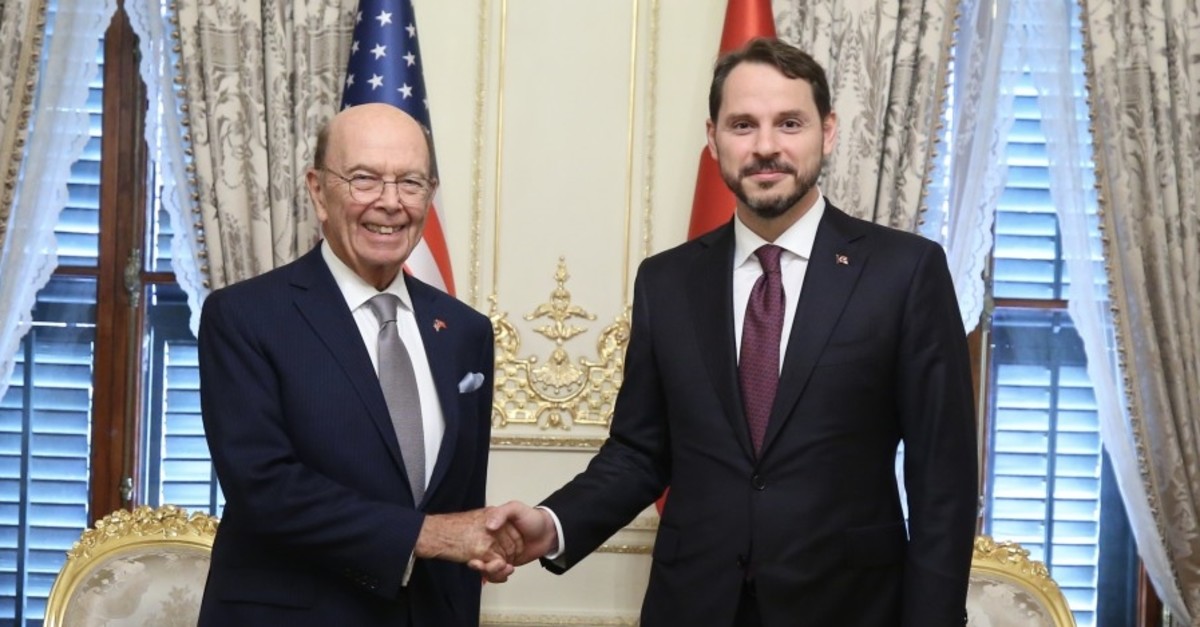 "We have once again emphasized our resolution to reach $100 billion in bilateral trade volume," the minister said. As part of his four-day visit to Turkey, the U.S. secretary of commerce also met with Trade Minister Ruhsar Pekcan on Saturday and representatives of the Turkish business world.

Turkey and U.S. have ramped up efforts to reach their goal for bilateral trade volume, which was set at $100 billion by President Recep Tayyip Erdoğan and his U.S. counterpart Donald Trump during a G20 meeting in late June.

Turkish exports to the largest economy in the world were $8.3 billion, while it imports totaled $12.3 billion, according to 2018 data from the Turkish Statistical Institute (TurkStat). In the January to July period of this year, the sale of Turkish goods and products to the U.S. was $4.6 billion and U.S. exports to Turkey were $6.6 billion.