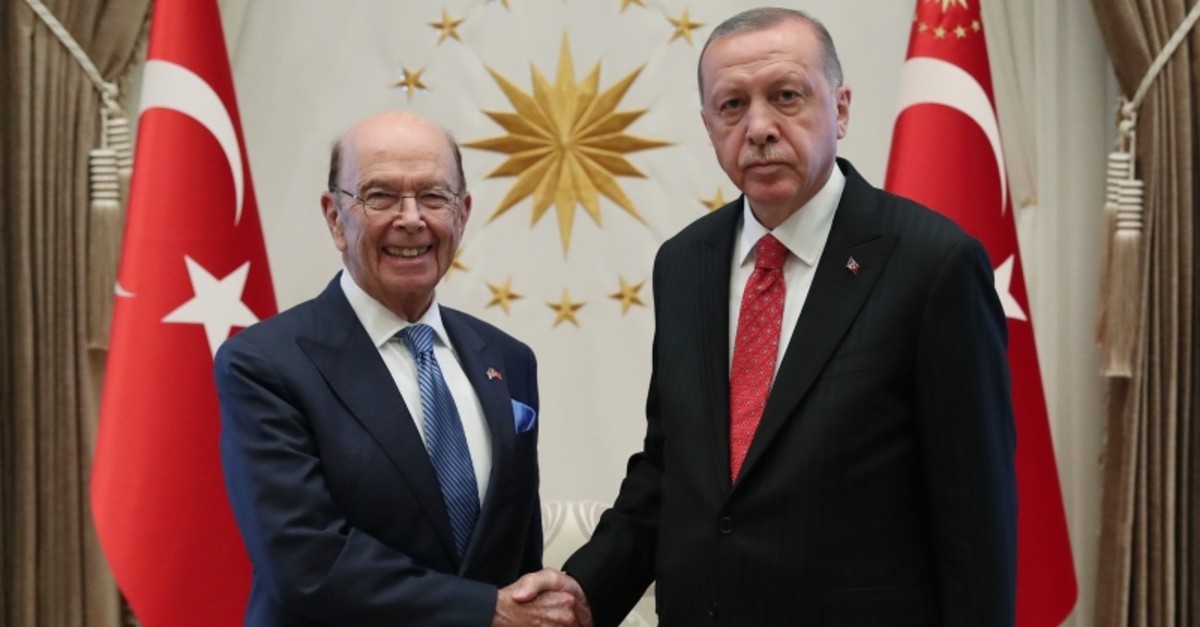 President Recep Tayyip Erdoğan announced Tuesday that he and his U.S. counterpart agreed to kick start free trade agreement talks and that officials from both nations will shortly begin preparations.

Speaking at a meeting with the U.S. Secretary of Commerce Wilbur Ross, Erdoğan said the U.S. has been a long time and like-minded ally of Ankara, even if the relations between the two nations soured from time to time due to disagreements.

"Turkey is an important production and logistics base in its region. Taking advantage of this importance will benefit both countries," Erdoğan said.

Emphasizing his close friendship with Trump, Erdoğan also said he and Trump agreed during their G20 meeting in June to increase the trade volume between the two countries from $20 billion to $100 billion.

"There are more than 1,800 American firms operating in Turkey. We want more U.S. firms to invest in our country. We are prepared to assist every U.S. investor," Erdoğan said.

The president also said he was hoping to "crown" his friendship with Trump by hosting him in Turkey.

Ross said in a joint press conference with Pekcan that what they anticipate from the $100 billion trade target is for it to consist of $50 billion more from each side.

Stating that the target was many times at its current level, Ross added: "So we are anticipating that it would be very balanced and a greatly enlarged amount of trade."

The two sides decided to set up sectoral committees under the chairmanship of both countries' trade ministries, Pekcan said.