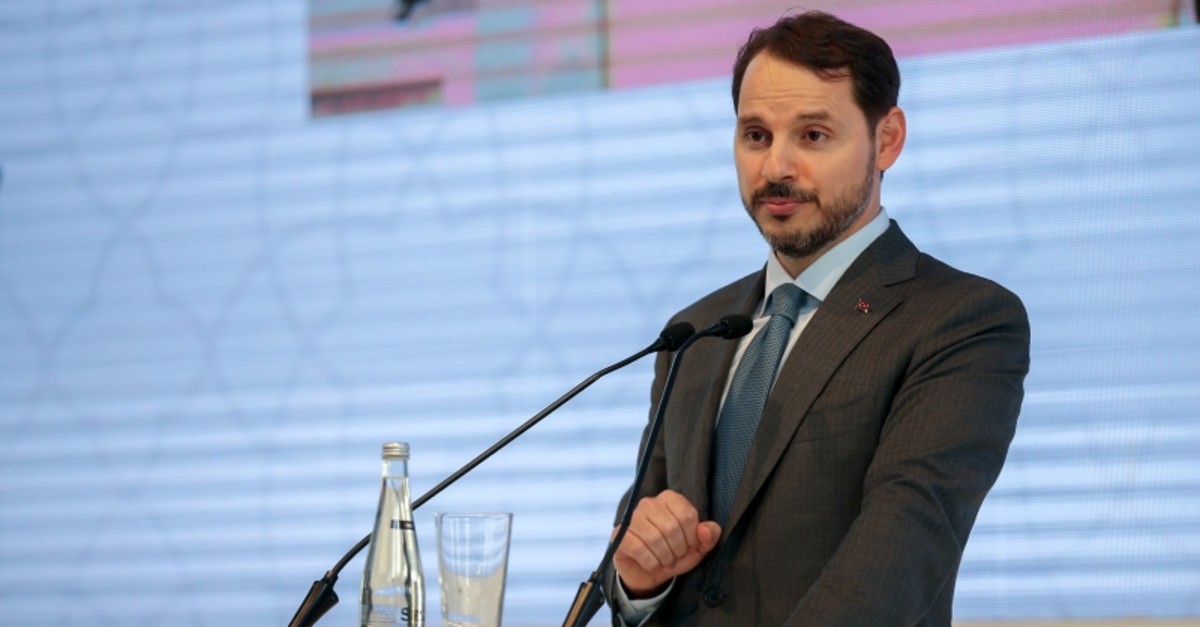 The Turkish economy has left behind the tumultuous period that began in August 2018 and continued through October 2018. The government has successfully curbed rising inflation and currency volatility with strong and decisive reforms and steps prescribed by the New Economic Program (NEP), Treasury and Finance Minister Berat Albayrak said yesterday.

"Turkey has recovered from its August 2018 experience. We have launched a number of protective measures to alleviate the pressure on the real sector and the financial markets," said Albayrak at a program to celebrate 10 years of the European Bank for Reconstruction and Development (EBRD) in Turkey.

The minister said Turkey has implemented a wide array of reforms, supported by concrete steps, to safeguard its economy against a volatile global environment.

"Turkey has become one of the best-prepared countries to face the risks emanating from the ongoing trade wars and volatile financial markets," the minister remarked.

The country has been closely monitoring leading economies around the world and steps they have taken, including interest rate cuts, eased monetary policies and planned depreciation of national currencies, Albayrak said.

One year into the new economic program, Turkey still continues to apply the reforms and measures to ensure a successful economic rebalancing. The Turkish economy contracted in the first two quarters of the year, he added, but drew attention to the promising quarterly growth of around 1.6% and 1.2% in the first and second three-month periods, respectively.

"As the recovery in the economic activity will be maintained in the second quarter, the Turkish economy will post positive growth data," Albayrak said. He also confirmed that the new economic program covering the period of 2020-2022 will be announced this month.

He stressed that inflation is likely to drop to single-digits in September. In his elaboration on the factual data of the improving signs, the minister pointed out the rising figures of the manufacturing PMI index and economic confidence. In August, the PMI hit the highest point in 13 months and rose to 48 points while economic confidence index surged 7.9% to 87.1 points.

Albayrak added that the current account deficit is likely to post the highest surplus in history which will be an important measure for Turkey's economic rebalancing as the country heavily relied on external financing during economic booms.

"Securing positive growth and maintaining a current account surplus is a unique phenomenon for the Turkish economy," he said. The country's current account registered in June the highest surplus in 17 years at $538 million.

The treasury and finance minister also praised the EBRD's initiatives in Turkey as the bank has invested 11.5 billion euros ($12.72 million) since 2009. More than 97% of the investments were provided to the private sector.