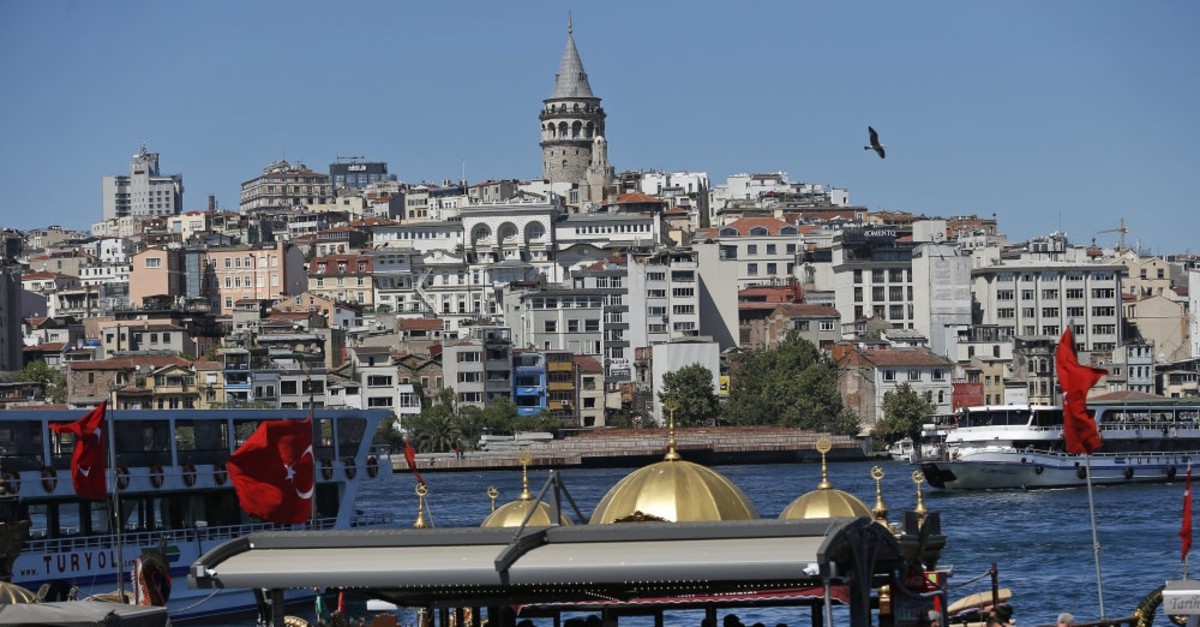 While it made an upward revision in its estimates related to the growth of the Turkish economy, the OECD warned the global economy will see its weakest growth since the 2008-2009 financial crisis this year

The Organization for Economic Co-operation and Development (OECD) yesterday made a major revision in its projection for Turkish economic growth in 2019, as it warned about escalating trade tensions are eroding global growth prospects, with the world economy set for its slowest expansion since the global financial crisis. In an update to its economic forecasts from May, the biggest upward revision among the member countries the institution made was for Turkey. It now projects the economy would contract 0.3% this year. It had previously estimated the economy would contract 2.9%. On the other hand, it did not change its projection for 2020 and expects the Turkish economy to post growth of 1.6%

Noting that Turkey's GDP in the first half of 2019 was stronger than expectations helped by temporary fiscal and quasi-fiscal spending and strong tourism exports, the OECD said: "However, investment continues to contract and credit growth is still weak." It noted that monetary policy easing should help growth to pick up modestly to just over 1.5% in 2020, provided domestic and international confidence is maintained.

As it slashed its global forecast, the OECD warned the trade war between the U.S. and China has plunged global growth to its lowest levels in a decade.

It said that the global economy risked entering a new, lasting low-growth phase if governments continued to dither over how to respond.

The Paris-based policy forum said the outlook had taken a turn for the worse since it last updated its forecasts in May, when it estimated the global economy would grow 3.2% this year and 3.4% in 2020.

"The global order that regulated trade is gone and we are in a new era of less certain, more bilateral and sometimes assertive trade relations," she added.

Trade growth, which had been the motor of the global recovery after the financial crisis had fallen from 5% in 2017 into negative territory now, Boone said.

Meanwhile, trade tensions have weighed on business confidence, knocking investment growth down from 4% two years ago to only 1%.

Boone said that there was evidence that the trade standoff was taking its toll on the U.S. economy, hitting some manufactured products and triggering farm bankruptcies.

The OECD estimated that a sustained decline in Chinese domestic demand of about 2 percentage points annually could trigger a significant knock-on effect on the global economy.

If accompanied by deteriorating financial conditions and more uncertainty, such a scenario would mean global growth would be cut by 0.7 percentage points per year in the first two years of the shock.

Meanwhile, uncertainty over government policies was also hitting the outlook for Britain as it lurches towards leaving the European Union.

The OECD forecast British growth of 1% in 2019 and 0.9% in 2020, but only if it left the EU smoothly with a transition period, a far from certain conclusion at this stage. The OECD had forecast in May growth of 1.2% and 1.0%. If Britain leaves without a deal, its economy will be 2% lower than otherwise in 2020-2021 even if its exit is relatively smooth with fully operational infrastructure in place, the OECD said.

The euro area would not be spared from negative spillovers under such a scenario and would see its gross domestic product cut by half a percentage point over 2020-2021.

The OECD trimmed its forecast for the shared currency block, largely due to the slowdown in its biggest economy, Germany, which was estimated to be in a technical recession.

Boone said Germany's economy had probably shrunk in the second and third quarters with a slump in car manufacturing, which accounts for 4.7% of German GDP, knocking three-fourths of a percentage point off German growth.