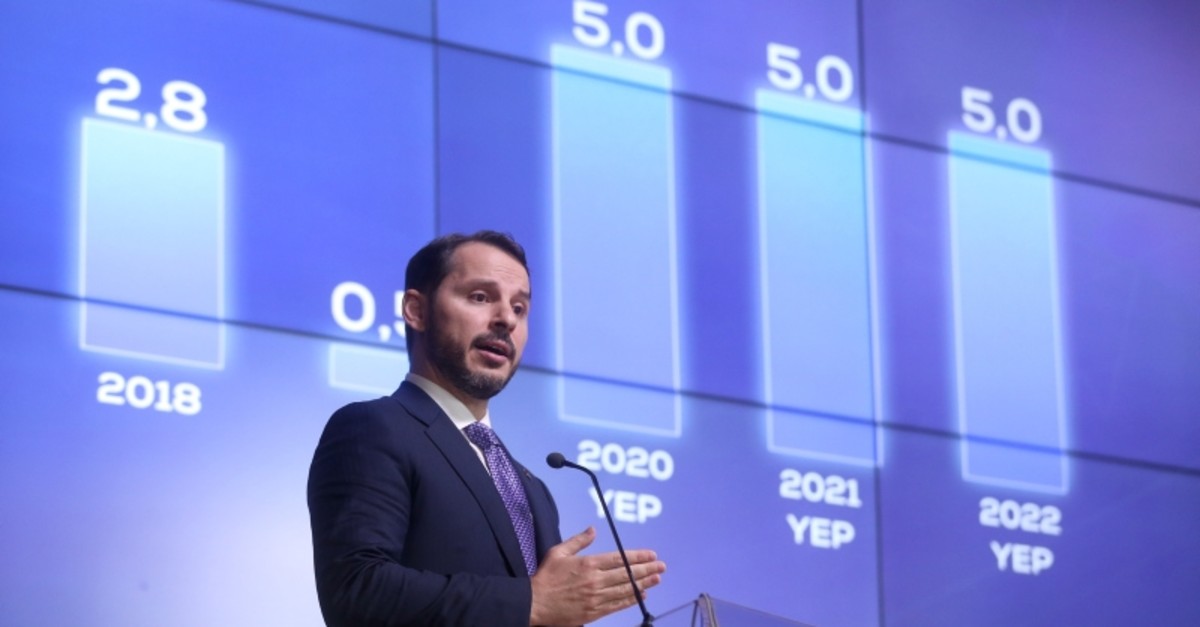 "Our ambitious economic agenda is putting us on a path of sustainable growth, and we welcome everyone who wants to invest in Turkey," Albayrak said.

Noting that inflation is down by more than 10 percentage points from 25.2% in October 2018 to 15% in August, Albayrak also said that "single-digit inflation is within our grasp."

Mentioning the "fateful" August 2018, when Turkish financial markets faced an "extraordinary currency devaluation," the minister also said that the country's success is remarkable, taking into consideration the development of the general economic situation.

"Soon after the markets calmed, we unveiled a comprehensive three-year program of economic rebalancing, fiscal discipline and structural transformation to restore stability and return to sustainable growth," he said.

"Looking back now, informed observers can marvel at the Turkish economy's resilience."

Albayrak also added that the Turkish government's "near-perfect soft landing" and the "playbook we followed to make it happen" were extraordinary.

The minister also touched upon the biggest yet year-on-year change for Turkish economy.

"After entering last summer with a current account deficit of $57.1 billion, the country posted a surplus of $4.4 billion as of July 2019. This is the highest year-on-year change ever for Turkey, and it's thanks to both our exporters' tremendous entrepreneurial drive and a strong tourism season, supported by the modern transportation, energy and communications infrastructure we've built over the years," he said.

"After conducting a rigorous review of bank asset quality, we have instructed banks to reclassify $8 billion of loans as non-performing before the year's end," Albayrak stated, adding that Turkey's financial system is sound.

"With the incentives in the new law on out-of-court financial restructurings, this will address concerns about the transparency of bank balance sheets," he concluded.

"The system's resulting capital adequacy ratio will be 17.7% — still well above global benchmarks."