New set of measures to mitigate inflation on cards 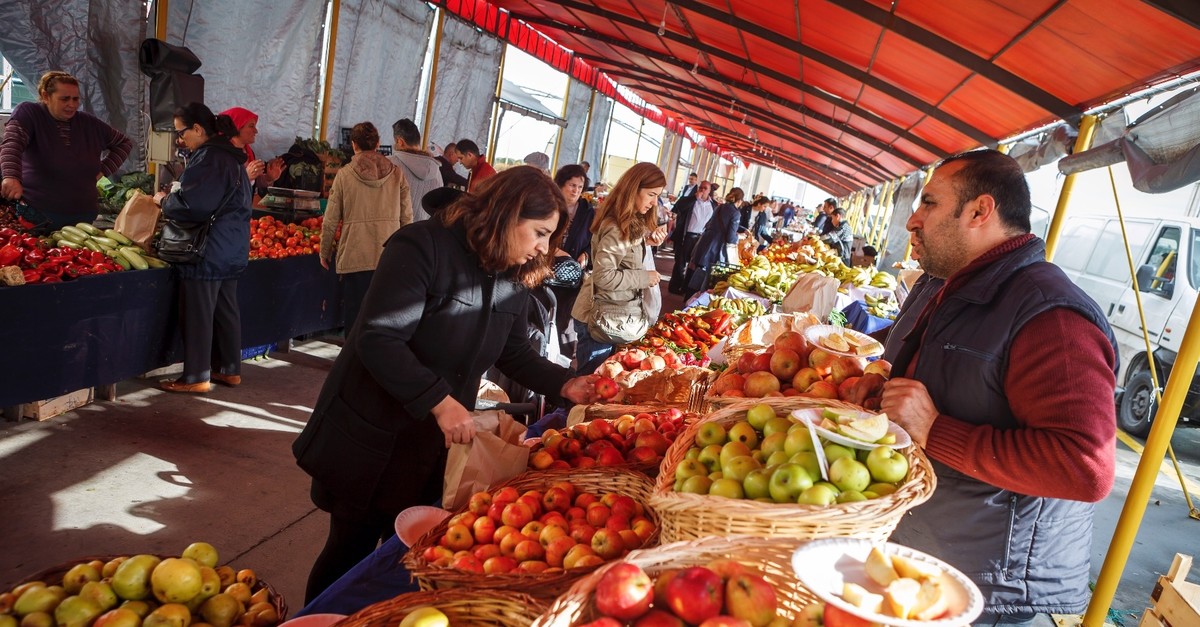 The government is planning a set of new measures in order to ensure single digit inflation in a sustainable manner, which came at 9.26% in September, in line with the inflation goals specified in the New Economic Program.
by Daily Sabah Oct 07, 2019 12:29 am

With a view to permanently ensuring single-digit inflation, new measures including the adjustment of publicly driven prices, Turkish lira-contracted energy prices and increasing agricultural production will be implemented

The government is preparing a set of measures and policy tools to mitigate the negative impact of inflation and ensure price stability in accordance with the New Economic Program (NEP) covering the period of 2020-2022, announced by Treasury and Finance Minister Berat Albayrak last week. The measures include adjustments in some publicly driven prices and wages. Accordingly, structural transformation steps that will increase competition and efficiency in goods and services markets with the co-direction of monetary and fiscal policies will be implemented with a view to ensuring permanent single-digit inflation. Turkish consumer prices slipped to 9.26% in September, compared to 24.52% in September 2018, according to data from the Turkish Statistical Institute (TurkStat) released Thursday.

The data revealed that inflation dropped to single digits for the first time since July 2017, when consumer prices came in at 9.79%. The steep decline in inflation, which had become a pressing issue for the Turkish economy in the last year, was the result of expanded efforts, a more stable lira, lowering demand and the fading effect of last year's price spike. Last month, annual inflation went down 5.75 percentage points from 15.01% in August.

With the reduction of inflation, predictability will increase, uncertainty-induced risk premiums will decrease, the efficiency of the financial intermediation system and real sector fixed capital investments will increase, and long-term sources of Turkish lira financing will be developed. Thus, economic and financial stability will be strengthened.

Some publicly driven prices and wages will be adjusted according to the NEP's inflation targets instead of inflation in an attempt to delimit "inflation inertia." "Inflation inertia" means inflation rate's resistance to fall and getting sticky since economic decision-making mechanisms maintain their past period of inflation expectations in spite of policies implemented to reduce inflation.

Energy contracts will be based on lira

In order to reduce exchange rate volatility in the prices of goods and services, taking into account the plantation of some imported products and the local content rate of purchase-guaranteed energy contracts, these contracts will be based on lira. With the sliding scale system, the effect of oil price volatility on inflation will be limited by considering the budget balance. Sectoral competition and efficiency action plans will be prepared to improve the competitive environment and reduce production costs.

Under the program, various steps will be taken to reduce food inflation. In this context, irrigation investments will be made to increase food production and greenhouse investments will be encouraged in order to prevent seasonal fluctuations in vegetable and fruit prices.

An Internet-based computing infrastructure will be established to make it easier to compare prices in the market, especially the food prices, as well as to increase price competition. And the prices in the local markets will be presented to people via mobile applications.

In order to prevent seasonal fluctuations in food prices, the Turkish Grain Board and the Meat and Milk Board will provide a greater support to the preservation of food price balances by taking part in the market with effective import and export practices, buying, selling and storing transactions. Legislative regulations that prevent the development of cooperatives will be removed.

Among program objectives is the institutionalization, scale-up and expansion of agriculture, animal husbandry and fishery enterprises, producer associations and cooperatives.