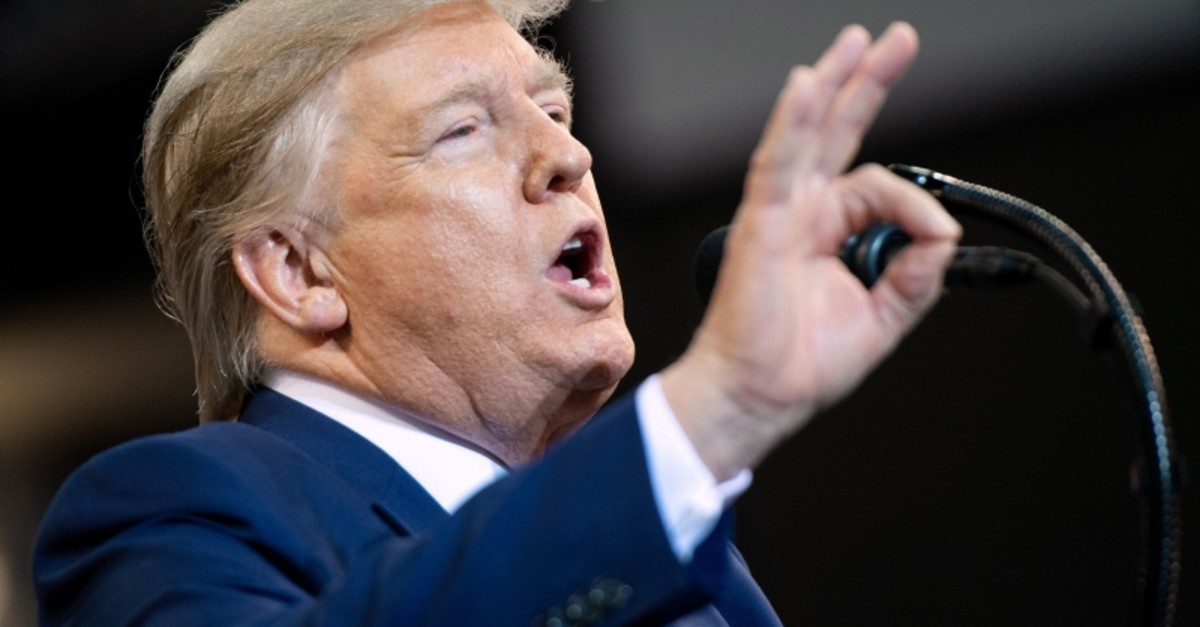 Global markets remained unstirred and the Turkish lira saved its positions against the U.S. dollar Monday despite sanctions threats by U.S. President Donald Trump over Turkey's operation in Syria.

The lira was trading around 5.91 against the dollar before Trump published the statement on his Twitter account. It recovered from 5.9315 earlier in the day.

Trump on Monday said that in response to Turkey's Operation Peace Spring in Syria he will soon issue an executive order authorizing sanctions against current and former Turkish officials, stopping negotiations with Turkey on a $100 billion trade deal, and boosting tariffs on Turkish steel to 50 percent.

In a statement in which he vowed to swiftly destroy the Turkish economy if it continues down "this dangerous and destructive path," Trump also said that U.S. troops coming out of Syria will redeploy and remain in the region to monitor the situation.

The president said he had issued an executive order to allow sanctions on sitting and former Turkish officials — although he has apparently not yet imposed them — and was immediately ending talks on a U.S.-Turkey trade deal.

He said he was reimposing 50 percent tariffs on Turkish steel — one of a series of measures used last year to win the release of a detained U.S. pastor which contributed to a plunge in the value of the country's lira currency.

Minister of Defense Hulusi Akar, Interior Minister Süleyman Soylu, and Energy Minister Fatih Dönmez were placed on the Treasury's sanctions blacklist, freezing their U.S. assets and banning U.S. or U.S.-related transactions with them.

The Defense and Energy ministries were also hit with sanctions, the Treasury said.

Minutes before the sanctions statement, Trump reiterated his reluctance to protect Syria's borders and invited others to do it.

In a series of tweets, Trump said he had defeated "100%" of Daesh and largely moved U.S. troops out of Syria. Criticizing critics urging action to protect the PKK/YPG terror group at Syria's northern border, Trump said the U.S. is thousands of miles away and won't protect the "land of our enemy," meaning Syria.

"Some people want the United States to protect the 7,000 mile away Border of Syria, presided over by Bashar al-Assad, our enemy," Trump tweeted amid Turkey's ongoing military operation in northern Syria against the PKK/YPG terror group to create a safe zone for millions of displaced Syrians abroad.

"I said to my Generals, why should we be fighting for Syria and Assad to protect the land of our enemy?" he said, adding that he couldn't care less who protects who in Syria.

"Anyone who wants to assist Syria in protecting the Kurds [referring to PKK/YPG terrorists] is good with me, whether it is Russia, China, or Napoleon Bonaparte. I hope they all do great, we are 7,000 miles away!" Trump said.