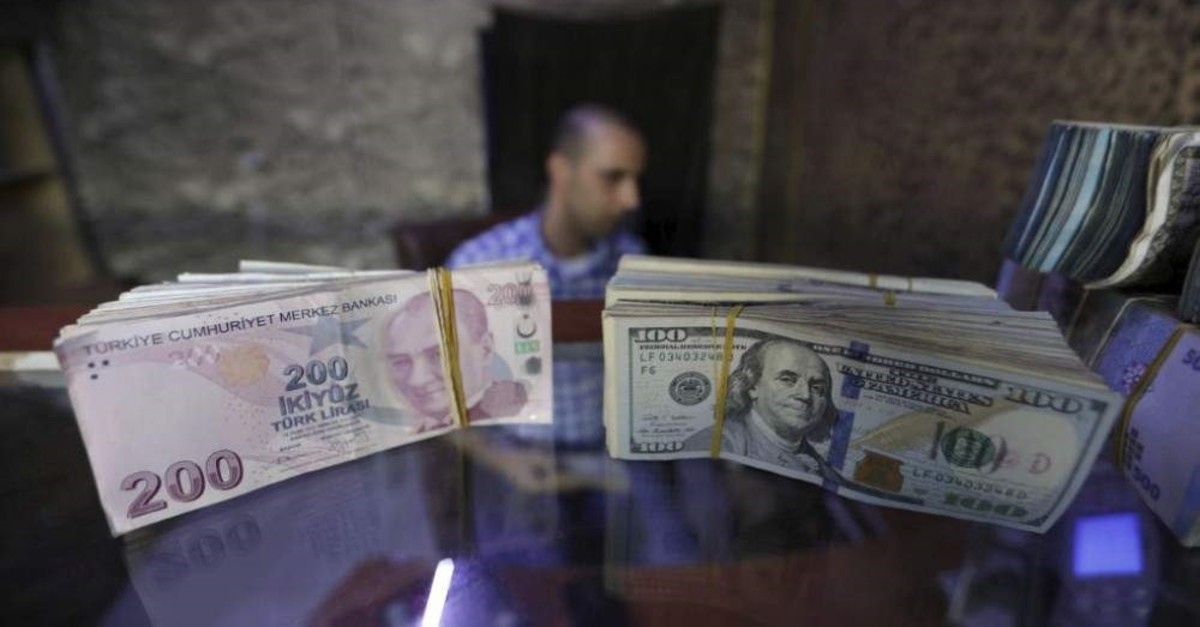 The positive developments in Syria on Tuesday helped the Turkish lira spike against the U.S. dollar. Turkish stocks were also up, with all eyes set on the central bank's interest rate decision

Turkish stocks and the lira rallied yesterday after Ankara and Moscow reached a deal on a terror-free zone in northern Syria during their unusually long meeting in Sochi on Wednesday. Another contributing factor to the surge were the statements made yesterday by Turkey’s Defense Ministry that there was no further need to conduct a new operation in northern Syria after the pause separately agreed with Washington ended.

These two developments were instrumental in the lira rally, with the only remaining pressure on the currency being Central Bank of the Republic of Turkey’s (CBRT) meeting on interest rates today.

The rallies come after the Defense Ministry early yesterday said there was no need at this stage for it to conduct a new operation in northern Syria outside its present operation area after the 120-hour pause of Operation Peace Spring that Ankara and Washington had agreed on ended late Tuesday.

Separately, Turkey on Tuesday also agreed with Moscow for the YPG/PKK terrorists to be removed from Turkey’s border in northern Syria.

The dollar/lira exchange rate, which maintained a moderate trend at the 5.65-5.75 band last month, rising to 5.93 with the Syrian tension, fell to 5.76 again last week with the U.S. agreement, although not permanently. The exchange rate, which started just above 5.85 Tuesday morning, was hovering around 5.85 before the Russian agreement.

On the other hand, eyes today will be on the seventh meeting of Monetary Policy Committee (MPC) this year to determine the central bank’s decision on interest rates.

Analysts said that the positive atmosphere following the recent developments and the continuation of this atmosphere could pave the way for a cut that could reach 150-200 base points again.

Pointing out the downward trend in inflation, the economists expect that CBRT could continue to cut interest rates.

Piotr Matys, emerging markets forex strategist at Rabobank, yesterday told Reuters that the lira recovered after the agreement with Russia, increasing the likelihood that the central bank will cut interest rates at its meeting today.

"Turkish lira remains broadly stable, the CBRT could reduce the policy rate by 200-250 basis points at the PPK meeting this week to 14.-14.5%," Nigel Rendell, the director of Medley Global Advisors, said.

According to Rendell, the driving force behind lower interest rates is the good inflation news, which should continue for another month, expecting the repo rate to be at 12-13% at the end of 2019.

Also Jason Tuvey, a senior emerging markets economist at Capital Economics, expected that the bank is likely to deliver another large rate cut today, citing the inflation which fell to single digits in September.

Turkey saw an annual hike of 9.26% in consumer prices in September, a single digit inflation figure for the first time since July 2017, according to the Turkish Statistical Institute (TurkStat).

After today’s meeting, the bank will hold one more committee meeting this year. In 2018, the CBRT held nine MPC meetings as interest rates climbed from 8% to 24% over the course of the year.

In a survey of economists’ forecasts on the CBRT's interest rate decision by Reuters, the rate cut expectation stood at around 100 basis points. The traders’ pricing, on the other hand, is over 100 basis points, and some traders even say that the cut can reach 200 basis points, Reuters reported yesterday.

CONSUMER CONFIDENCE UP IN OCTOBER

Separately, Turkey’s consumer confidence index increased by 2.1% and stood at 57 in October on a monthly basis, an official data revealed yesterday. It stood at 55.8 in September, according to TurkStat.

"The financial situation expectation of household index in the next 12 months period, which was 74 in September, increased by 1.1% and became 74.8 in October," cited the data.

As for general economic situation expectation index, it became 73.4, a 3.4 increase compared to the last month.

"The number of people unemployed expectation index (next 12 months period) which was 55.3 in September increased by 2.7% and became 56.8 in the month," TurkStat noted.

Also it said, the probability of saving index, which was 22.8 in September, increased by 0.2% and became 22.84 in October.
TURKEY FULFILLS MAASTRICHT CRITERIA

Maastricht criteria is calculated by candidate and member states of the EU and requires a maximum of 3% budgetary deficit and 60% debt stock to GDP ratio.

The government posted TL 105.2 billion of deficit, the difference between total income and expenditures, in 2018. "Social security funds sector gave surplus in 2018 whereas other sectors gave deficit," TurkStat said. Total expenditures for the general government were TL 1.3 trillion last year, 35% of its GDP.