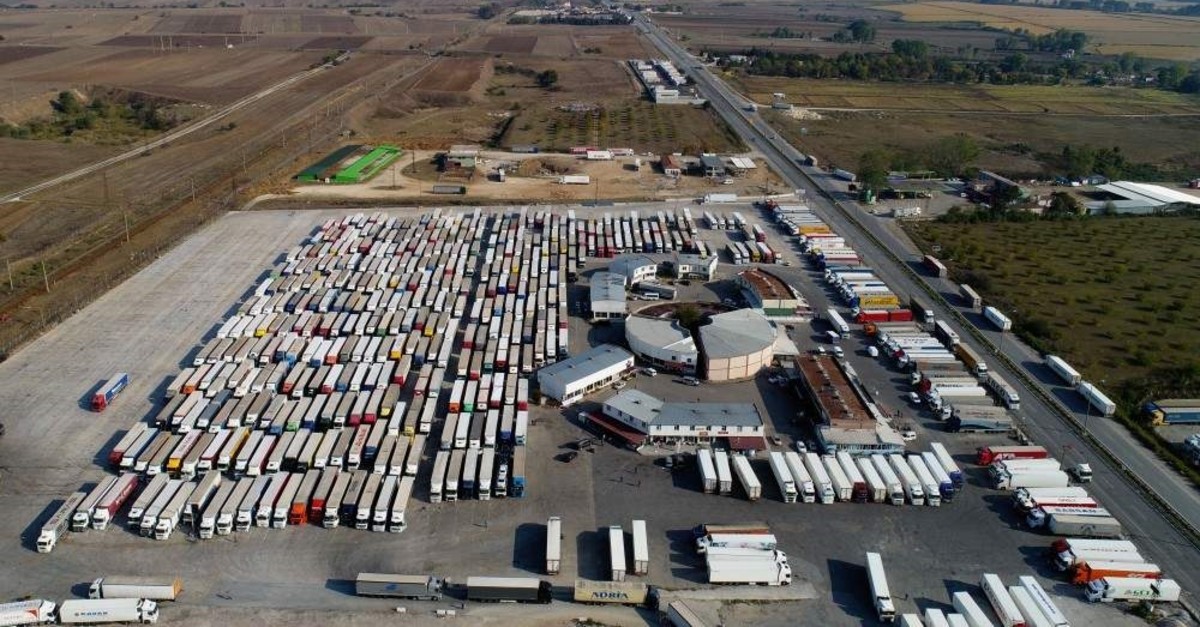 Kap?kule Customs and Border Gate, Turkey's main gateway overland into Europe, is seen in this file photo dated Oct. 25, 2019. (AA Photo)
by Anadolu Agency Oct 25, 2019 6:42 pm
Turkey saw a total of $9.8 billion export to Balkans in the first nine months of 2019, a 3.7% increase compared to the same period last year, according to data compiled by Anadolu Agency (AA) from the Turkish Exporters' Assembly (TIM) on Friday.
In the Balkan region, Turkey exported the most products to Romania with $2.9 billion, followed by Bulgaria with $1.8 billion, and Greece and Slovenia with $1.5 and $1.2 billion export volume, respectively; the data showed.
Turkey also saw an increase of 87% in its exports to Montenegro, followed by Slovenia with 18%.
While exports to countries such as Albania, Kosovo and Serbia were on the rise, exports to North Macedonia, Bulgaria and Croatia saw a decrease in the first nine months of 2019.
The figures indicated that Istanbul alone accounted for almost half of the exports to the Balkan countries with 45.6%. The sector that exports the most to the Balkan region was the automotive industry with $2.2 billion.
The increase in exports to the Balkans comes as monthly exports in September reached highest-ever figure of $15.2 billion, while the number of exporter companies exceeded importer companies for the first time in history, according to data previously released by the TIM.
The Balkan region is a priority for Turkey not only from the political, economic and geographical perspectives but also due to its historical, cultural and humanitarian ties with the region.
Last Update: Dec 20, 2019 1:14 am
RELATED TOPICS