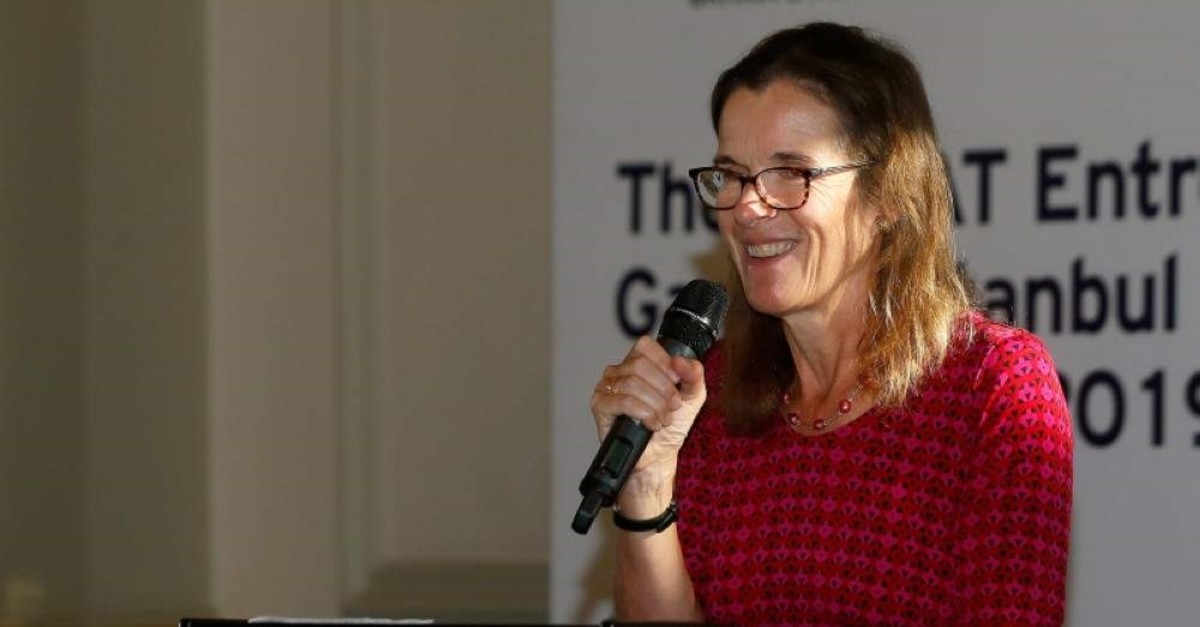 | AA Photo
by Anadolu Agency Oct 26, 2019 12:03 pm
Britain’s consul general in Istanbul praised Turkey’s "very vibrant environment” for British businesses.
Turkey has been facing challenges over the last few years but big names are still making money there and are enjoying being in Turkey, said Judith Slater, who is also the trade commissioner for Eastern Europe and Central Asia.
Addressing developments in the Turkish economy, Slater told Anadolu Agency: "We're looking to see if the reform program takes off and really gets going and helps to solve some of the challenges which the economy is currently facing."
The British side is closely watching the country's New Economic Program, which was released in September, she said during the Great Entrepreneur Games event in Istanbul. Slater said that the U.K. organized the event in Turkey because it has "confidence in the technology sector in particular here."
Support for investor companies A quite large number of Turkish technology startups are going to the U.K. to raise funds for the "fabulous ecosystem” in the U.K., according to Slater.
"So this is quite a lively movement of Turkish companies of that nature to the U.K. We’ve also seen some large investments over the years," she said. "My job is to help British businesses who wanted to come to Turkey to work here, to meet the right people, and to make the sort of partnerships because the event today is largely to encourage Turkish technology companies to go to the U.K.," she stressed.
British companies, she said, are also encouraged to invest in Turkey. "Bupa, a big U.K. private health insurance company, came out here in acquiring Acıbadem health insurance about two years ago and found some really fantastic technologies already happening here," she said, adding that Bupa is "adopting them in its other businesses around the world."
The British Consulate and the British Chamber of Commerce help both Turkish and British companies and give free advice to them for investing and finding partners and information, she said. Slater urged: "Work with us, we will try to help grow the £18 billion [$23 billion] bilateral trading partnership that we already have in the U.K. and Turkey."
On the Brexit process, she cautioned that Turkey's EU customs union membership complicates the trade between the two countries. "But we are really determined to make sure that we have what we can in place to help the £18 billion [$23 billion] bilateral trading partnership to continue and indeed grow in the future," she said.
Turkey ranks 33rd in the World Bank's recently released Ease of Doing Business Report, while the U.K. was named number nine. Turkey offers incentives, tax discounts, and citizenship rights for foreign investors in many areas.
Last Update: Dec 20, 2019 1:15 am
RELATED TOPICS