Consumers prop up US economy as business spending retrenches 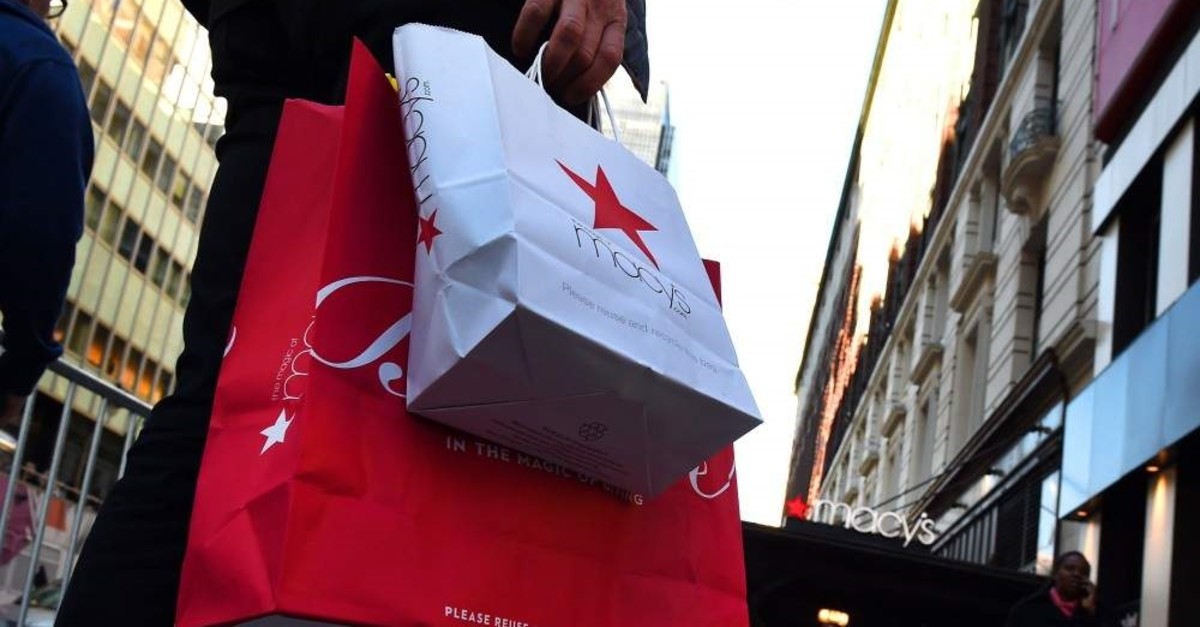 The U.S. gross domestic product increased at a 1.9% annualized rate in the third quarter, offset by consumer spending. (AFP Photo)
by reuters Oct 30, 2019 9:10 pm
U.S. economic growth slowed less than expected in the third quarter as declining business investment was offset by resilient consumer spending and a rebound in exports, further allaying financial market fears of a recession.
The U.S. Commerce Department's report on Wednesday was, however, unlikely to discourage the Federal Reserve from cutting interest rates again amid lingering threats to the longest expansion on record from uncertainty over trade policy, slowing global growth and Britain's imminent departure from the European Union.
The Trump administration's trade war with China has eroded business confidence, contributing to the second straight quarterly contraction in business investment. The fading stimulus from last year's $1.5 trillion tax cut package is also casting a shadow on the expansion, now in its 11th year.
The GDP report, which was published hours before Fed officials wrapped-up a two-day policy meeting, showed the overall trend in inflation remaining moderate last quarter.
The Fed cut rates in September after reducing borrowing costs in July for the first time since 2008.
"Nothing in today's report will surprise the Fed," said Sal Guatieri, a senior economist at BMO Capital Markets in Toronto. "The capital expenditure crunch stemming from the trade war will motivate a third rate cut. However, a still-sturdy consumer could give reason for pause at future meetings."
Gross domestic product increased at a 1.9% annualized rate in the third quarter, also as businesses maintained a steady pace of inventory accumulation and the housing market rebounded after contracting for six straight quarters, the government said in its advance estimate of GDP.
The economy grew at a 2% pace in the April-June period. Economists estimate the speed at which the economy can grow over a long period without igniting inflation at between 1.7% and 2%. Economists polled by Reuters had forecast GDP increasing at a 1.6% rate in the July-September quarter.
Recession fears have subsided in recent months. President Donald Trump this month announced a truce in the trade war with China, delaying additional tariffs that were due in October. A Trump administration official said on Tuesday the interim trade agreement might not be ready for signing in Chile next month as expected.
Despite last quarter's better-than-expected performance, the economy is expected to again miss the White House's ambitious goal of 3.0% annual growth this year. It grew 2.9% last year.
The dollar firmed to a session high against a basket of currencies after the data, while U.S. Treasury prices fell. U.S. stock index futures rose.
HEALTHY CONSUMER SPENDING
Growth in consumer spending, which accounts for more than two-thirds of U.S. economic activity, slowed to a still-healthy 2.9% rate last quarter after surging at a 4.6% pace in the second quarter, the fastest since the fourth quarter of 2017.
Consumer spending is being powered by the lowest unemployment rate in nearly 50 years. But some economists are starting to question the resilience of the consumer after retail sales fell in September for the first time in seven months.
Consumer confidence has also been trending lower and wage growth is stalling. Income at the disposal of households rose at a 4.5% rate in the third quarter compared to a 4.8% pace in the prior period.
Concerns about the health of the consumer were highlighted by a separate report on Wednesday showing private payrolls increased by 125,000 jobs in October after rising 93,000 in September. Job gains have been slowing this year, but still remain enough to keep up with growth in the working-age population.
Trade tensions are undercutting business investment, which fell at a 3% rate in the third quarter, the sharpest contraction in more than 3 and a half years, after falling at a 1% rate in the second quarter. It was pulled down by declines in spending on equipment and nonresidential structures such as mining exploration, shafts and wells.
Design problems at aerospace giant Boeing have also hurt business investment. The world's largest planemaker last week reported a 53% drop in quarterly profit because of the grounding of its best-selling 737 MAX jets. The planes were pulled out of service in March following fatal crashes in Indonesia and Ethiopia.
The rebound in exports blunted a surge in imports, leading to a narrowing in the trade deficit. Trade subtracted a negligible 0.08 percentage point from GDP growth in the third quarter after cutting 0.68 percentage point in the prior period.
Business accumulated inventory at $69 billion pace in the last quarter after building stocks at a $69.4 billion rate in the April-June period. Inventories trimmed GDP growth by only 0.05 percentage point in the third quarter compared to 0.91 percentage point in the second quarter.
Government spending cooled after rising at its fastest pace in 10 years in the second quarter. Spending on homebuilding rebounded at a 5.1% rate after contracting for six straight quarters, which was the longest such stretch since the Great Recession.
Last Update: Dec 20, 2019 1:20 am
RELATED TOPICS