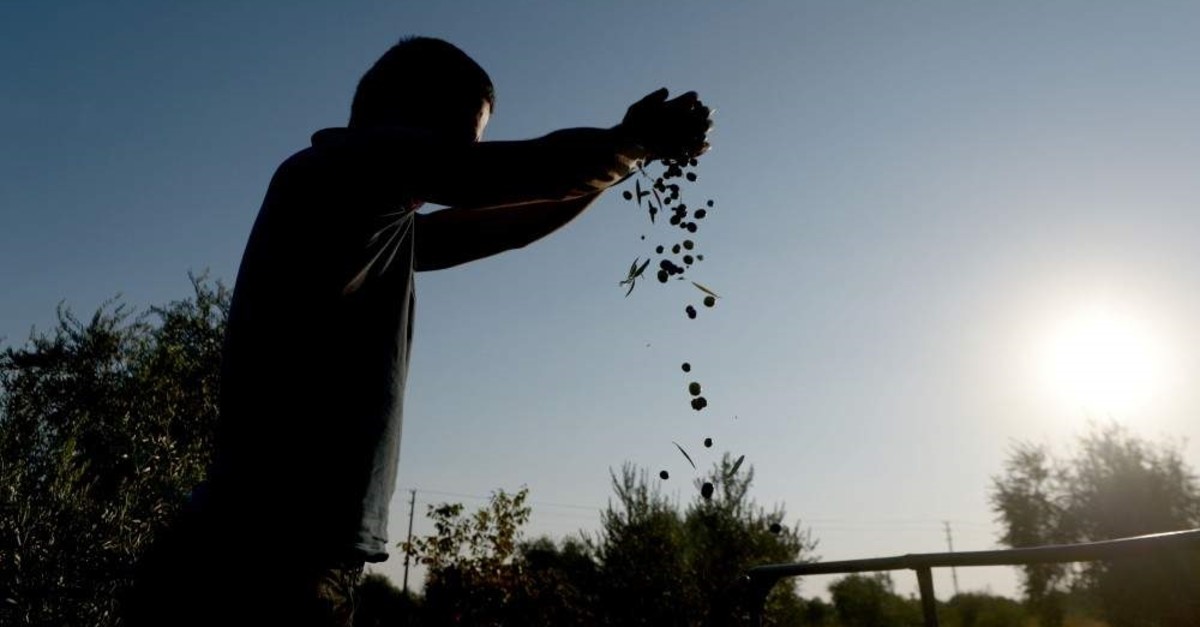 Olive exporters in the 2018-2019 season saw an 11% rise compared to the previous year. (AA Photo)
by Daily Sabah with AA Nov 12, 2019 7:13 pm
Turkey’s olive exports reached $141.6 million in the 2018-2019 season, hitting a new record.
According to the Aegean Exporters' Association (EIB), Turkey generated $127.4 million in olive exports in the 2017-2018 season. This figure surpassed $141 million between 2018 and 2019, seeing an increase of 11% compared to the previous year and hitting the highest olive export figure in Turkish history. Previously, the highest export of table olives was $136.5 million in the 2013-2014 period.
In the 2018-2019 season, the highest export was to Germany with $35.9 million, followed by Iraq with $24 million, Romania with $19.8 million, the U.S. with $11.4 million and Bulgaria with $6.2 million.
Cengiz Ülgen, vice president of Aydın Commodity Exchange, said that they left behind a good period in terms of quality and yield, adding that olive producers were pleased with this season. “The purchases are very good, especially due to the olive premium. There are 22.2 million olive trees in Aydın, and 386,530 tons of olives are produced annually,” Ülgen said.
Expressing that exporters received good news of olive sales abroad, Ülgen said that there is high demand for Turkish products. “In October, around $13 million worth of table olives were exported. Last season (2018-2019), a new record was set with $141 million in exports,” he continued. “We will hopefully introduce better products to the overseas market and reach our export target of $150 million. Currently, all kind of support is given to the exporters. We have no complaints in this respect.”
Last Update: Dec 20, 2019 1:38 am
RELATED TOPICS