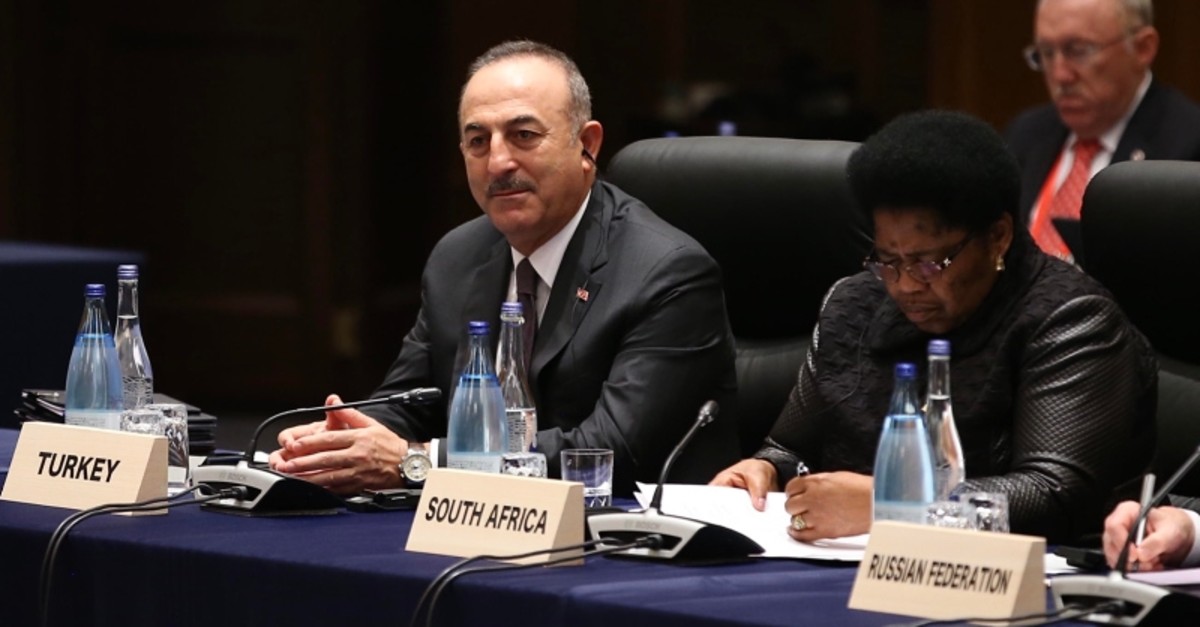 Turkey and Japan aim to finalize negotiations on an economic partnership deal by the end of 2019, the Turkish foreign minister announced Saturday.

Mevlüt Çavuşoğlu said during the G20 Foreign Ministers' Meeting in Nagoya, Japan that the two countries aimed to announce the Japan-Turkey Economic Partnership Agreement (EPA) by the end of the year.

Çavuşoğlu said he had a "fruitful" meeting with his Japanese counterpart, Motegi Tosimitsu, and that the two discussed bilateral relations with a special focus on the trade agreement.

He added that the sides also agreed on a technical cooperation deal between their respective state-run aid agencies, the Turkish Cooperation and Coordination Agency (TIKA) and Japan International Cooperation Agency (JICA).

Çavuşoğlu went on to say that he would visit Qatar from Japan, where the Turkish delegation, led by President Recep Tayyip Erdoğan, will take part in the Strategic Committee Meeting with Qatar.

Asked about Turkey's agenda in the NATO Leaders Meeting slated for Dec. 3-4, Çavuşoğlu said Ankara would share its vision on the enlargement of the organization and how it should adapt itself to new threats.

He highlighted that Turkey, Germany, France and the U.K. would have a four-way meeting during the NATO gathering, adding that issues on Syria and Europe would be discussed.

On Turkey's relations with other countries, Çavuşoğlu said: "Whether it be with the U.S. or other countries, we always want to utilize diplomacy to reach an agreement through negotiation on any subject.''

"However, we never accept imposition, and won't allow anyone to interfere with our area of sovereignty ... We can hold discussions at any time, on any subject, on the basis of respect for sovereign rights," he said.