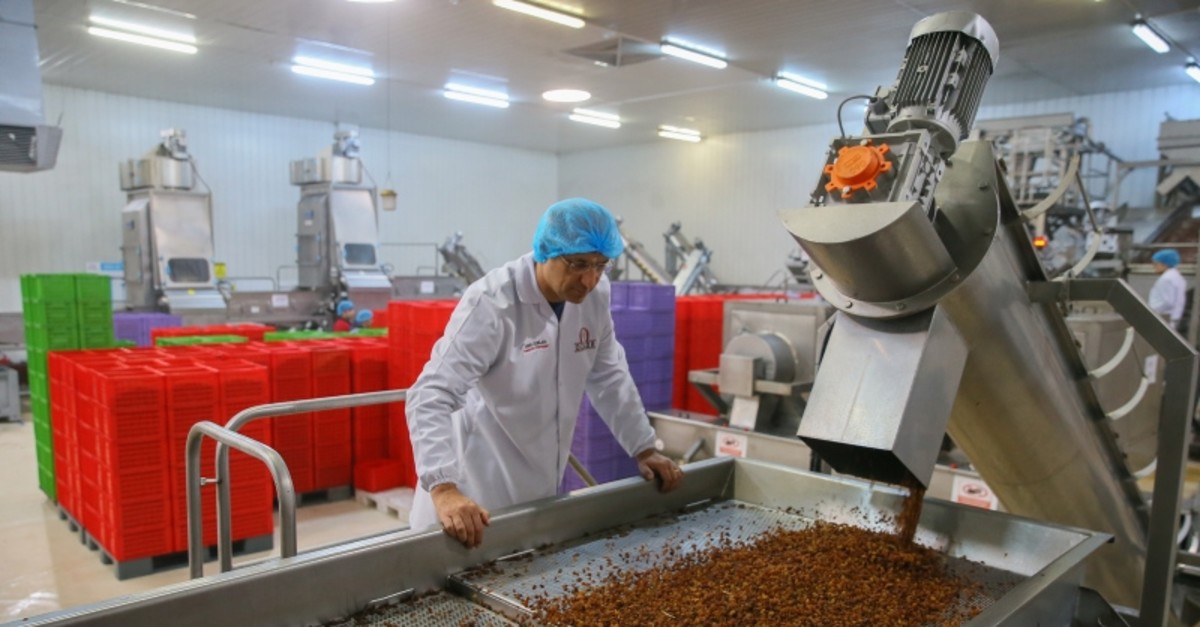 A company based in the western province of Manisa signed an agreement with one of China's largest food importers to export an amount of raisins worth $3 million.

The deal came after Özgür Tarım, an agricultural company which has been exporting raisins for years, sat down at the negotiation table with Cofco Sundry, one of the largest food import companies in China, during the Chinese import fair in early November. The Turkish company will export $3 million worth of raisins over two years.

Şemsettin Özgür, a board member for the company, was cited by Anadolu Agency (AA) as saying that that Turkish raisins are highly a sought-after flavor across the world.

Pointing out that nearly 80% of Turkish raisin exports go to Europe, Özgür added: “However, the world's largest population is in Asia. For us, China in particular is a new market that needs to be discovered. It is where almost 20% of the world's population lives. Even the middle-income population is 400 million.” He noted that they relied heavily on promotional activities in China, having attended two fairs in the country so far, one of which resulted in a deal with with Cofco Sundry.

Iterating that Cofco Sundry is a state-owned company, Özgür noted they have stepped into a brand new market through a $3 million-agreement with the company. “I guess these figures will increase further. We see an initial market of about 30,000 tons in China. The potential is huge and the future is very clear,” he told.

Turkey is expanding efforts to take a larger share of this huge target market, particularly in the wake of Beijing's broad pledges to continue to open China's market to Turkish products. The East Asian market has been a target for food exporters looking to expand for many years. The latest figures show that their efforts are now paying off. These efforts resulted in food exports to the country seeing a considerable jump in the first 10 months of this year, according to data by the Aegean Exporters' Association (EİB).

While food exports to the East Asian nation were valued $110 million from January to October 2018, exports exceeded $205 million over the same period this year, marking an 86% surge year-on-year.

Between January and October this year, hazelnuts and hazelnut products made up the bulk of food exports to China. Having stood at $34 million over the same period in 2018, exports of hazelnut and hazelnut products this year soared by 107%, reaching $71 million. This may attest to the particular success of promotional campaigns aimed at boosting the dried fruit sector. Having achieved $8 million in exports in the January-October period of last year, the dried fruit sector boosted this figure by 131% this year, generating nearly $18.42 million.
Meanwhile, the fruit and vegetable products sector also saw a 70% increase, raking in $25 million for the Turkish economy. Especially thanks to the launch of cherry exports this year, fresh fruit and vegetable exports to China rose to nearly $3.4 million.