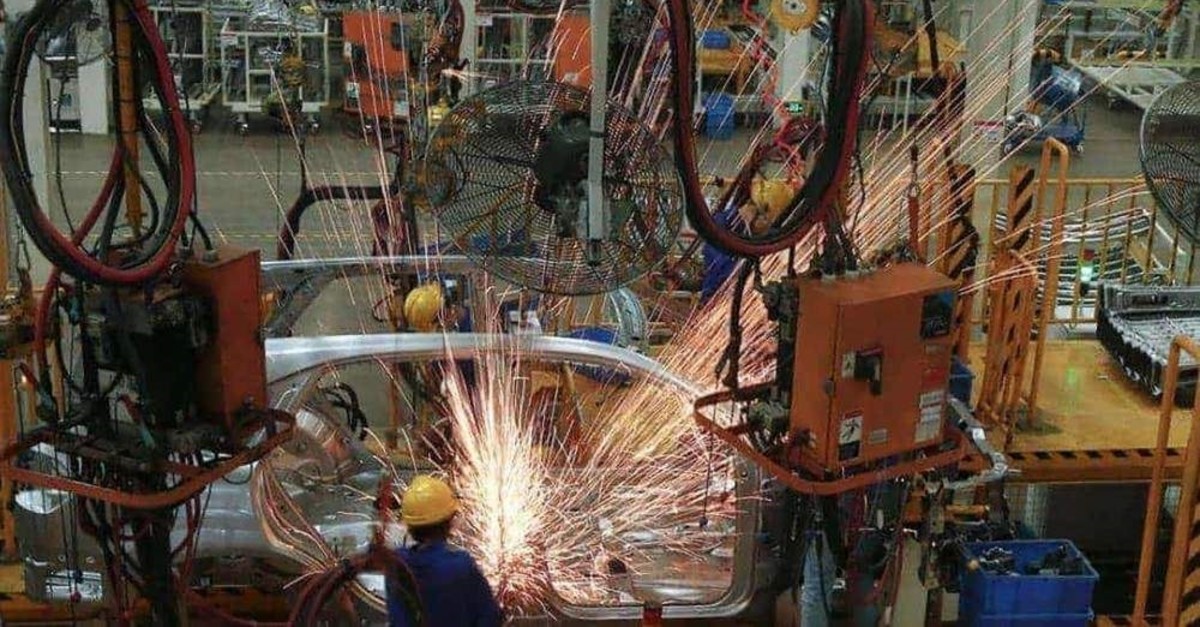 After three-quarters of consecutive shrinkage, the Turkish economy will begin posting positive growth data in the third quarter and expected to continue the trend throughout next year.
by Daily Sabah Dec 01, 2019 3:21 pm

After seeing consecutive contractions in the last three quarters, the Turkish economy is expected to register positive growth in the third quarter of this year – which the Turkish Statistical Institute (TurkStat) will be announcing on Monday.

According to a poll conducted by the Anadolu Agency (AA), the Turkish economy is estimated to register a 1.1% expansion in the third quarter compared to the same period of last year. The expectations for the economic growth vary from 0.2% to 1.9%, the AA poll suggested and the overall annual growth is also expected to actualize at 0.4%.

Another poll by Reuters also claimed that the Turkish economy will grow by 0.5% in the third quarter. The median estimate in the Reuters poll of 17 economists showed the economy expanding 1% year-on-year in the third quarter. Forecasts ranged from a contraction of 0.2% to an expansion of 1.6%.

The economy had contracted 1.5% year-on-year in the second quarter and 2.6% in the first quarter of the year. Turkey’s gross domestic product (GDP) shrank 3% in the fourth quarter of 2018.

The International Monetary Fund (IMF) report said the Turkish economy may see a growth of 0.25%, reversing previous forecasts of a 2.5% contraction while the Organization for Economic Cooperation and Development (OECD) revised the 2019 forecast to 0.3% from 2.9% contraction.

The U.S.-based credit rating agency Moody's revised Turkey's economic growth forecast to 0.2% for 2019 from a 2.0 contraction and 3% for 2020 from 2.0, citing the country's strong economic recovery.

Industrial production, a key signal of economic activity and widely regarded as an indication of growth, expanded 3.4% year-on-year in September. The calendar-adjusted index declined by 0.4% in the third quarter compared to the previous year.

The government envisages growth at 0.5% in 2019, and 5% in 2020. Treasury and Finance Minister Berat Albayrak was quoted as saying Wednesday that the economy would expand around 4-5% in the last quarter of 2019.

The last month of the year has a busy agenda with economic data announcements. While the first week of the month will focus on the growth, inflation and exports data, the markets will also have their eyes on the central bank’s monetary policy.

Trade Minister Ruhsar Pekcan is also scheduled to reveal November export figures at a meeting with the Turkish Exporters’ Assembly in Istanbul.

TurkStat will also announce the November inflation figure on Tuesday. The consumer price index, which was recorded at 8.55% last month and registered a drastic fall after 25.24% in October 2018, is estimated to rise by 0.75%. The economists expect that the annual inflation will be at 11.9% in November.

Moreover, the Central Bank of the Republic of Turkey (CBRT) will release a report on the 2020 monetary policy on Dec. 5. The report is of high significance as it will outline the next year’s policy. The last monetary policy meeting of the year will take place on Dec. 12 and the meeting minutes will be released on Dec. 19. At the last meeting, the central bank lowered the benchmark interest rate to 14% from 16.5%. Since July this year, the central bank cut the rates by 1,000 basis points.

On Dec. 20, the Turkish Parliament is expected to ratify the central government budget.