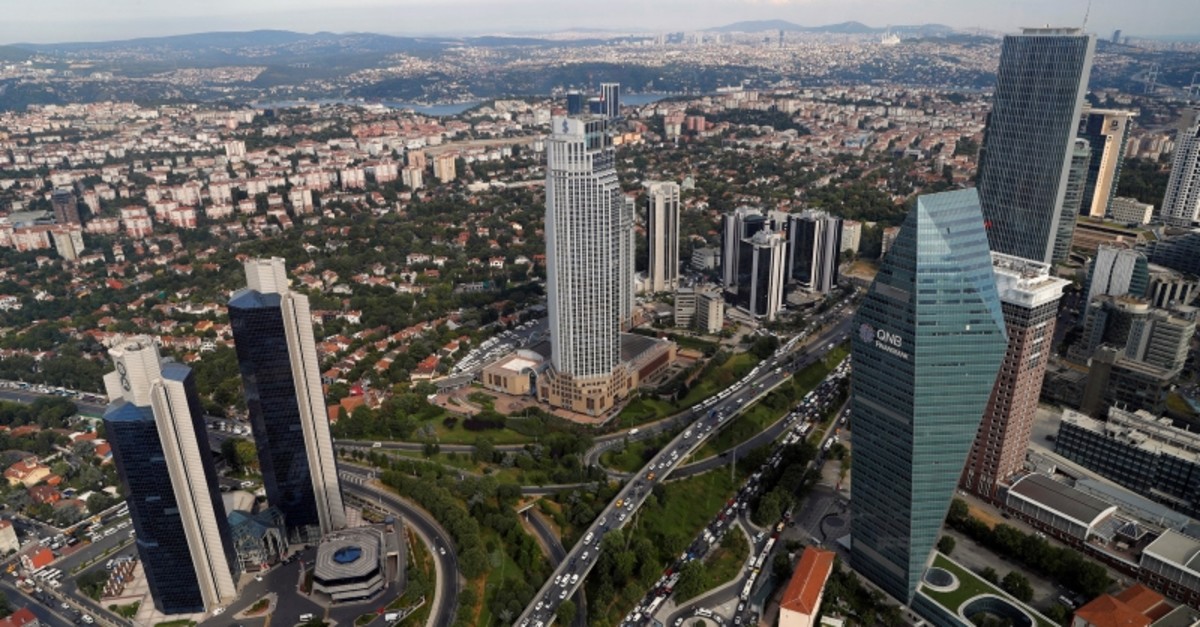 by Daily Sabah Dec 02, 2019 10:09 am
Turkey's economy has grown 0.9% in the third quarter year-on-year, the Turkish Statistical Institute (TurkStat) said Monday.
Gross domestic product (GDP) at current prices reached 1.15 trillion Turkish liras ($201.9 billion) this July-September, TurkStat said.
The Turkish economy grew slightly slower than expected as analysts predicted an expansion of 1-1.1%. Turkey returned to year-on-year growth in the third quarter after three consecutive quarters of contraction.
Exports of goods and services went up 5.1% year-on-year, while imports grew by 7.6%.
The total value-added of the agriculture sector as a chained volume measure increased by 3.8%, while the industrial sector went up 1.6%, and the construction sector decreased by 7.8%. The total value added of the services sector, consisting of trade, transportation, accommodation and food service, went up 0.6%.
As the economy has recovered, inflation tumbled to single digits in October due to base effects, and loan growth picked up thanks to central bank rate cuts.
In late October, the central bank slashed its policy rate more than expected to 14%, continuing an aggressive bout of cuts from 24% since July to help revive the recession-hit economy. The central bank governor subsequently said the bank had used a significant part of its leeway for loosening monetary policy. Last week, he said the bank will use required reserves to support real sector access to loans and loan growth.
Industrial production, a key signal of economic activity and widely regarded as an indication of growth, expanded 3.4% year-on-year in September.
In the first quarter of 2019, the Turkish economy contracted 2.6% year-on-year, and shrunk 1.5% in the second quarter.