France vows to fight back over US tariff threat 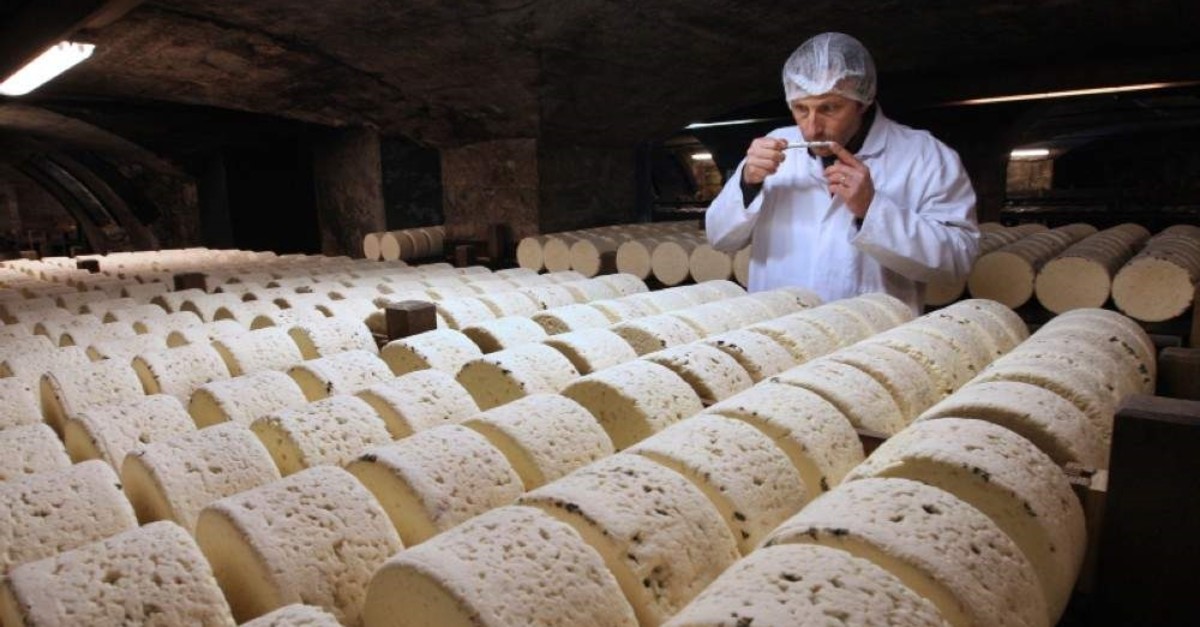 In this Jan. 21, 2009, file photo, Bernard Roques, a refiner of Societe company, smells a Roquefort cheese as it matures in a cellar in Roquefort, southwestern France. (AP Photo)
by Dec 03, 2019 11:49 am
France and the European Union are ready to fight back over the latest U.S. tariff threats on French products, French government ministers said Tuesday.
On Monday, the U.S. government said it may slap punitive duties of up to 100% on $2.4 billion of imports from France of champagne, handbags, cheese and other products, after concluding that France's new digital services tax would harm U.S. tech companies.
French Finance Minister Bruno Le Maire described the U.S. proposals as "unacceptable." "In case of new American sanctions, the European Union would be ready to riposte," Le Maire told Radio Classique.
French Junior Economy Minister Agnes Pannier-Runacher told Sud Radio that France would be "pugnacious" in its dealings with the U.S. on the matter, and that France would not back down on its digital tax plans.
The U.S. Trade Representative's office had said Monday that its "Section 301" investigation found that the French tax was "inconsistent with prevailing principles of international tax policy."
It said it found the French tax proposal was "unusually burdensome for affected U.S. companies," including Alphabet Inc's Google, Facebook Inc, Apple Inc and Amazon.com Inc.
France's 3% levy applies to revenue from digital services earned by firms with more than 25 million euros ($27.86 million) in French revenue and 750 million euros ($830 million) worldwide.
Shares in leading French luxury companies fell Tuesday after the United States issued the new set of tariff threats.
Shares in French luxury handbag maker Hermes fell by around 2%, while luxury goods companies LVMH and Kering fell 1.5% and 1.2%, respectively.
Glass bottle maker Verallia, which makes glass containers to brands such as Dom Perignon champagne, fell 2.5%.