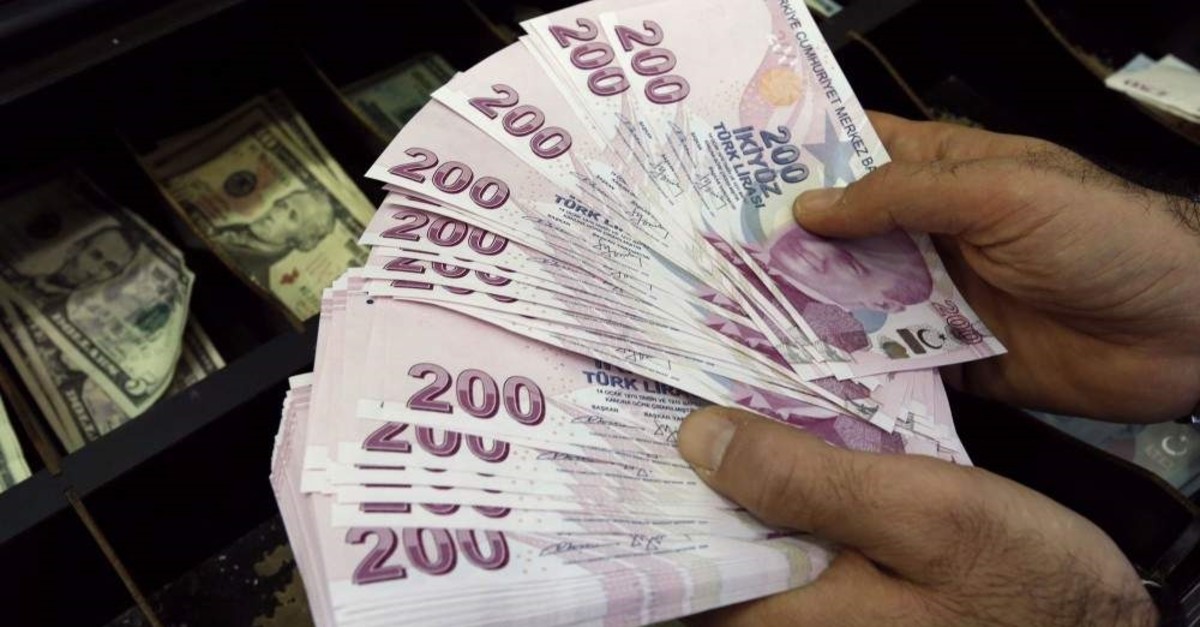 Despite a decline in October due to the wider trade deficit, Turkey's 12-month current account balance is still expected to close the year with a surplus

Having long had a large current account deficit, Turkey has been enjoying a significant improvement in its external balances in recent months mainly thanks to a sharp decline in imports.

The 12-month current account balance turned to a surplus in June for the first time in nearly 17 years and has remained positive since.
The Central Bank of the Republic of Turkey’s (CBRT) balance of payment figures Wednesday showed the country’s 12-month rolling surplus amounted to $4.33 billion in October.

In line with expectations, the 12-month cumulative surplus was expected to begin declining as a wider trade deficit and reduced tourism income drag the October surplus below the same month last year.

On a monthly basis, the balance has been posting a surplus four months in a row. The balance posted a surplus of nearly $1.55 billion last month, marking a $1-billion drop from the same month last year, the data showed.

The central bank attributed the development in October mainly to a $924 million deficit in goods against a $630 million surplus observed in the same month of the previous year.

Travel items, which constitute a major part of the services account, saw a net inflow of nearly $2.76 billion, increasing by $238 million year-on-year in October.

An Anadolu Agency survey showed Monday that economists had estimated the current account balance to post a surplus of $1.6 billion in October. The forecast of a group of 13 economists hovered between $1.3 billion and $1.9 billion.

A Reuters poll expected a surplus of $1.65 billion, attributing it to the decline in tourism income and growth in the trade deficit.

Analysts expect the balance to post a surplus in the remaining two months and project the surplus to end the year at $1.5 billion-$2 billion.

The analysts indicate that the current surplus is not expected to increase further as a result of the reflection of the dynamism in economic activity. With the Turkish economy’s convergence to the potential growth in 2020, analysts say, the current account balance would move toward a new flow.

With the measures taken over the last year, the improving tourism sector and decreasing imports, the annual current account deficit has gradually declined from about $58 billion in May of last year. The balance ended 2018 with a deficit of $27.6 billion, improving from a nearly $47.5 billion deficit the previous year.

The figure was the lowest since 2009, while Turkey’s highest annual current account deficit over the last decade was seen in 2011, with $74.4 billion.

The leading foreign trade figures in November point to a higher foreign trade deficit compared to the same period of last year said Anadolu Agency (AA) Financial Analyst and economist Haluk Bürümcekçi in his evaluation of the data.

With this development, Bürümcekçi noted, the decline in the current account surplus that started in October will continue.

He pointed to the surge in the foreign trade gap in October as the main factor in the drop observed in the current account surplus, however, said the extent of the decline would depend on the course of the economic growth.

On the other hand, he added, the net deficit of $7.8 billion given in the gold trade in the first 10 months of the previous year decreased to $6.5 billion in the same period this year. “This trend may also continue,” he said.

Besides, the tourism income and the tourist numbers should be expected to maintain their upward trend, Bürümcekçi noted.

“However, national income growth will post much stronger increases with the base effect. We think that this development will bring significant increases in the foreign trade deficit in comparisons on the annual basis,” he added.

Moreover, Bürümcekçi emphasized that it is also observed that the slowdown in the growth in the EU market and global growth, in general, continues to affect Turkey’s export growth rate negatively.

“Accordingly, we think that the 12-month current account, which we expect to decline to a surplus of $2.8 billion by the end of November, would close 2019 with a limited surplus,” Bürümcekçi said.