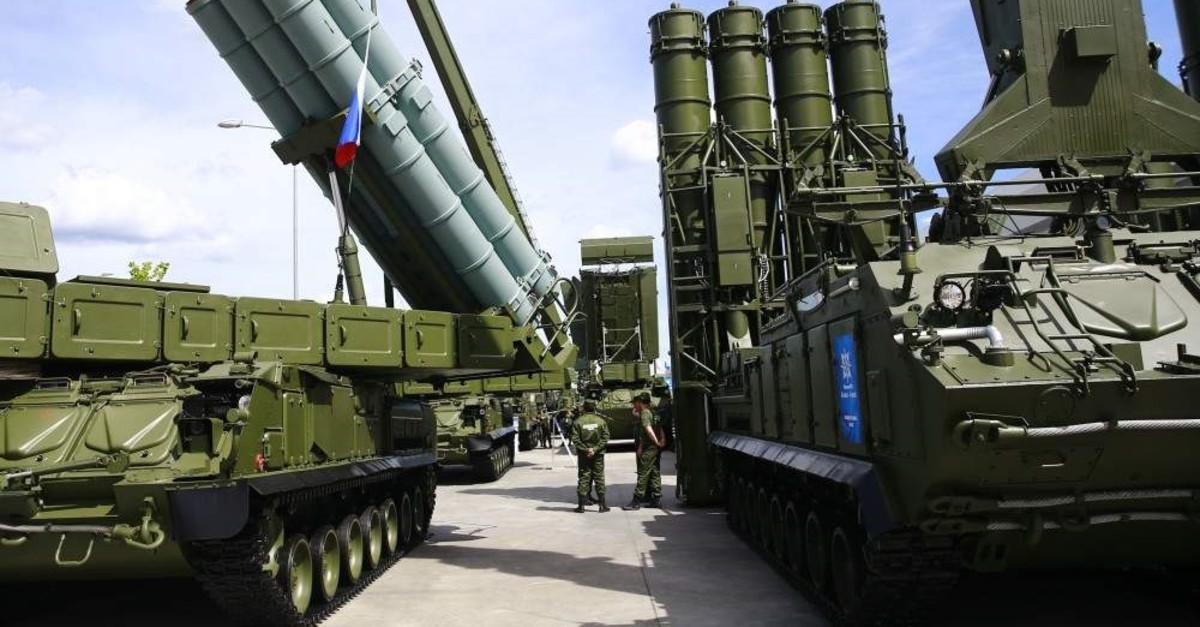 Turkey is carrying out negotiations with Russia for the second consignment of the S-400 missile defense system. An agreement is expected to be signed by April 2020. (AA Photo)
by Daily Sabah Dec 13, 2019 6:29 pm
Turkey is close to sealing an agreement with Russia on joint missile production and securing know-how via a technology transfer to develop its own defense systems, Head of Defense Industries Presidency (SSB) İsmail Demir said Friday.
“We will sign a deal after agreeing on final details regarding joint production of some parts in Turkey and technology sharing,” Demir told reporters.
Turkey is currently negotiating the purchase of a second surface-to-air missile (SAM) S-400 system from Russia but seeks joint production and technology transfer as essential terms of a new agreement.
Russia completed the delivery of the first fleet of the S-400s to Mürted Air Base in the Turkish capital Ankara in the second half of September. Currently, Turkish military personnel continue training in Russia. A deal for the second consignment of the S-400 missile system could be finalized by April 2020, when Ankara is poised to fully install the system.
Turkey is open to discussions on purchasing the American-made Patriot missiles if the U.S. drops its precondition that Ankara abandons the S-400, Demir said in a statement to Bloomberg and Reuters on Friday.
The Russian missile system purchase has been a sticking point between Turkey and the U.S. for some time, as Washington has argued that the S-400 system would be incompatible with NATO systems and would expose its advanced fifth-generation F-35 jet to possible Russian subterfuge.
The acquisition of the Russian system prompted the Donald Trump administration to remove Turkey from the F-35 fifth-generation joint strike fighter program, in which Ankara was formerly a major buyer and manufacturer, in July.
Earlier this week, the U.S. Senate Foreign Relations Committee voted to advance sanctions against Turkey, including a provision to enforce the 2017 Countering America’s Adversaries Through Sanctions Act (CAATSA). But Foreign Minister Mevlüt Çavuşoğlu also said this week Turkey will consider all options if the U.S. imposes sanctions in response to the purchase of the Russian-made S-400 missile defense systems.
Demir also remarked that Russia has made a proposal to sell a certain number of its Su-35 fighter jets at a certain price. Turkish officials previously said on a number of occasions that Ankara would be looking for alternatives to F-35 fighter jets if the riddle remains unresolved and Turkey’s F-35s are not delivered.
Last Update: Dec 20, 2019 2:22 am
RELATED TOPICS