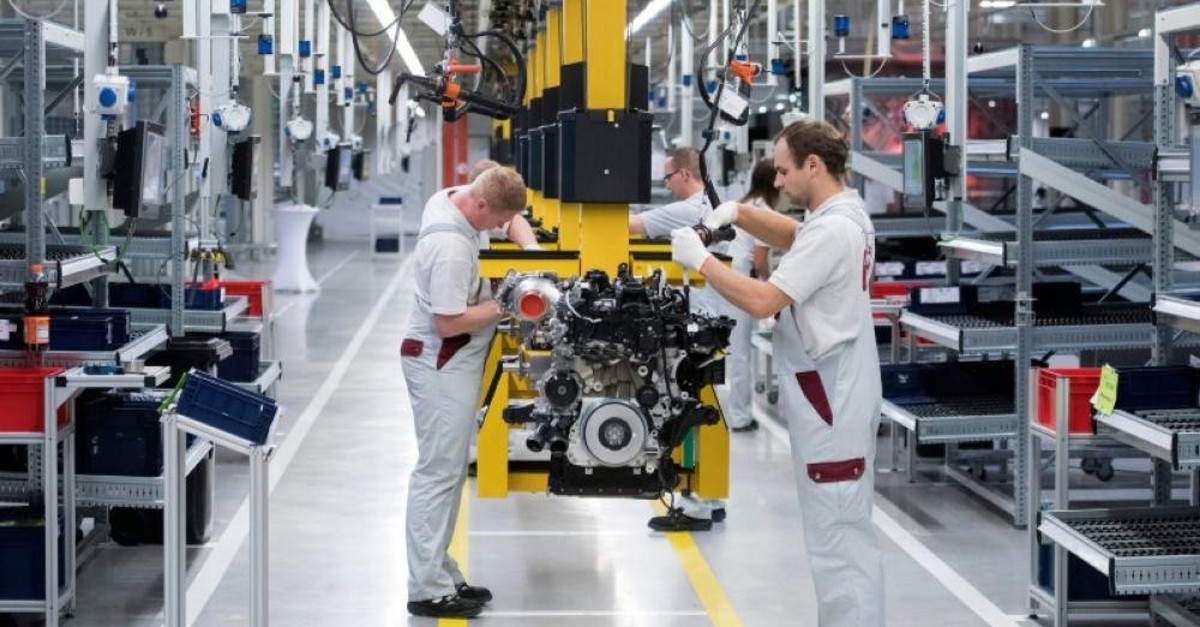 The German economy is more or less stagnating, the economy ministry said on Monday, adding there are initial signs that an industrial recession could be coming to an end as orders stabilize.

The ministry also said in its monthly report that indicators at the start of the fourth quarter pointed to subdued private consumption even though disposable incomes continued to rise.

"Industrial production has probably not reached the trough," the ministry said. "But orders and sales have stabilized at a low level. This suggests that the industry has gradually stabilized and could pick up slightly in the New Year."

There are fears that should the manufacturing sector continue to shrink, the slowdown could spread to an otherwise resilient services sector.

Markit said the rate of decline in new orders and exports was stabilizing, giving hope for the manufacturing sector.

The German central bank said last week that Germany faced another sluggish year despite a likely rebound in exports as households see their spending power shrink. The Bundesbank said households' real disposable income fell due to a slowdown in employment growth.

In another grim sign for the economy, the BGA trade association said on Monday that wholesalers planned to cut investments and their tendency to hire new staff had decreased despite expectations that their nominal revenue will rise by 2.3% to 1.3 billion euros ($1.45 billion) this year.