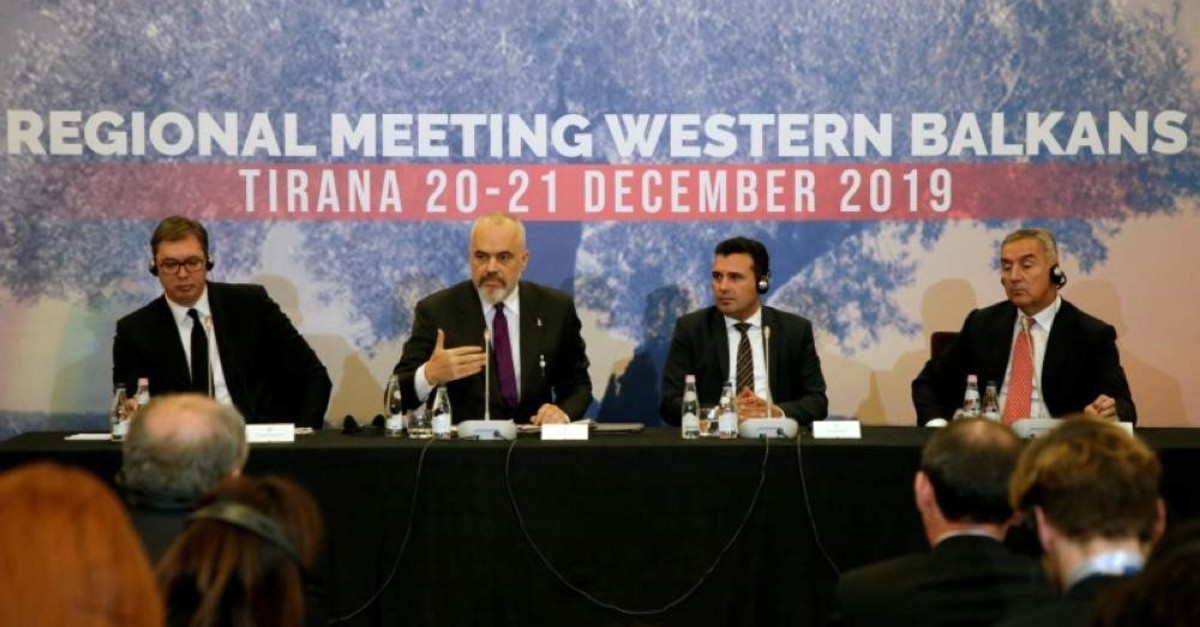 Western Balkan leaders met on Saturday to advance EU-supported plans for the free movement of people and goods in their region to boost trade and investment.

The leaders of Montenegro, Serbia, North Macedonia and Albania met in the Albanian capital Tirana for their third meeting to give shape to the idea.

All Western Balkan countries, blighted by wars in the 1990s, aspire to join the European Union, but their accession has been slowed down by Brexit and a lack of domestic reforms.

Serbia and Montenegro are already negotiating EU membership while Albania and North Macedonia's accession talks were put on hold in October.

"We cannot survive without this because we are small and insignificant if we do not increase our labor and economic markets," Serbian President Aleksandar Vucic told reporters after the discussions.

"We shall be trying to create a joint labor market that means comparatively a higher level of attraction for foreign investors."

Serbs, North Macedonians and Albanians could work in each other's countries given labour shortages, and align rules to create a market of up to 12 million people, he said.

"The (EU) Commission is readying grants of 1.2 billion euros to our countries to help us implement our accords," Rama said.

Lifting barriers and border checkpoints would speed cross-border trade and allow foreign tourists to cross the region without waiting at frontiers, the leaders said.

"If Chinese tourists land at Belgrade airport, they should be able to cross freely in all the countries of the region," said Prime Minister Zoran Zaev of North Macedonia.

The West Balkan region is already part of the CEFTA free trade deal and the Berlin Process backed by big EU economies.

"This is CEFTA-plus, and Berlin-plus, something we can do together and that our citizens will feel," Zaev said.

President Milo Djukanovic of Montenegro added, "Every regional move should help create a dynamic progress to get our countries into the European Union as soon as possible."

The other Western Balkan nations of Bosnia-Herzegovina and Kosovo did not attend the talks.