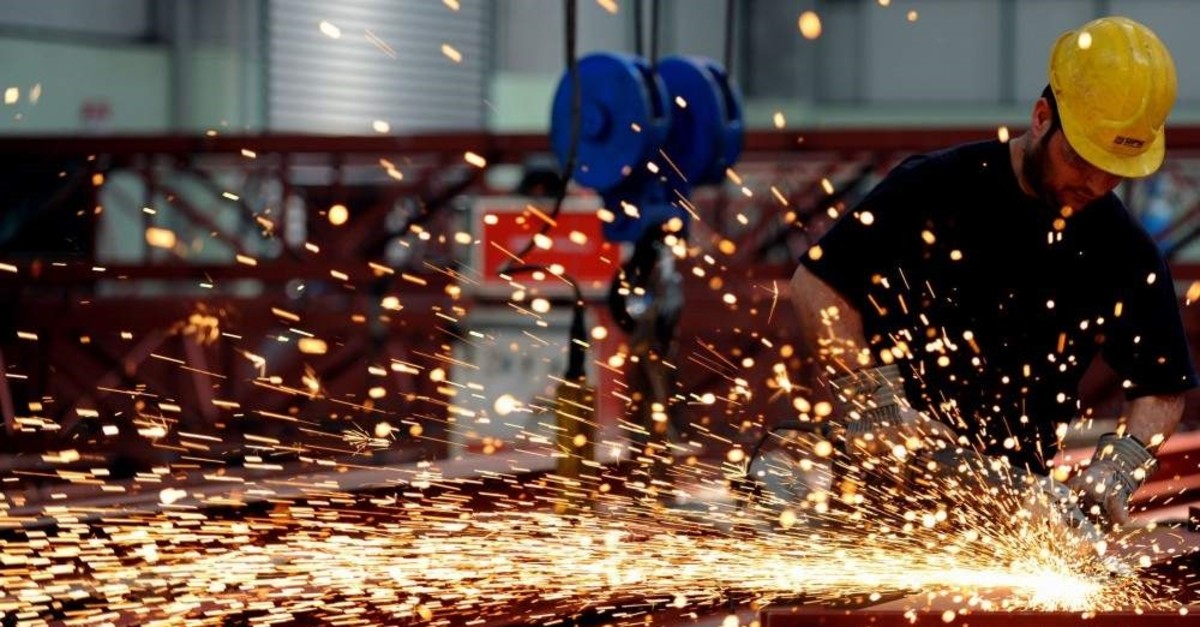 In Turkey, confidence in all sectors posted a rise in December and the highest increase was seen in construction with 7.9% (AA Photo)
by Daily Sabah with AA Dec 26, 2019 9:50 pm

The healthy advance of the economic balancing and the improvement in expectations have led to a surge in the sectoral confidence indices in services, retail and construction, reaching the highest level in the last one and a half years.

The Turkish economy was battered by the high currency volatility, geopolitical risks and the diplomatic tensions in the second half of 2018, consequently resulting in high inflation and interest rates, disrupting consumer expectations.

The series of measures and programs implemented by the economy administration have launched an economic balancing period, leading to a major drop in inflation and a 1,200-basis-point reduction in interest rates within the last five months.

The signs of improvement in the economy, evident in the third quarter growth data at 0.9% after three consecutive quarters of contraction, have ameliorated the sectoral and consumer confidence.

According to the data obtained from the Turkish Statistical Institute (TurkStat), the services sector confidence index has seen its highest level in 20 months, hitting 93.2 points. The services sector confidence index was 97.1 points in April 2018, but retracted to 75.7 points in September 2018. The index, following the consecutive interest rate cuts by the central bank, has been on the rise for the last six months.

The confidence index of the retail sector hit 102.6 points in December and has seen its highest point since March 2018, when it also saw 102.6 points and then hit its lowest level at 87 points due to a tumultuous period in economic activity in the second half of last year.

Confidence in the construction sector, which has felt the direct impact of the falling interest rates, also recovered in December. The index fell to as low as 49.8 points due to a rise in the inflation and interest rates but rose to 68.9 points after 17 months, returning back to the level in August 2018.

In the next quarter, the volume of orders for retail suppliers is expected to remain below 100 points while the business volume and turnover are forecast to hit 101.8 points.

The aggregate employment expectation for the construction sector is expected to hit 89.2 points, reaching the highest level in 21 months.

Sectoral confidence indices calculated from the monthly survey results are evaluated within the range of 0-200. If the index stands higher than 100, it indicates optimism for the current and future expectations of the sectors.

In Turkey, confidence in all sectors posted a rise in December, the country's statistical authority reported Wednesday.

The index for services rose to 93.2 in December, up from 91.3 in November, according to TurkStat.