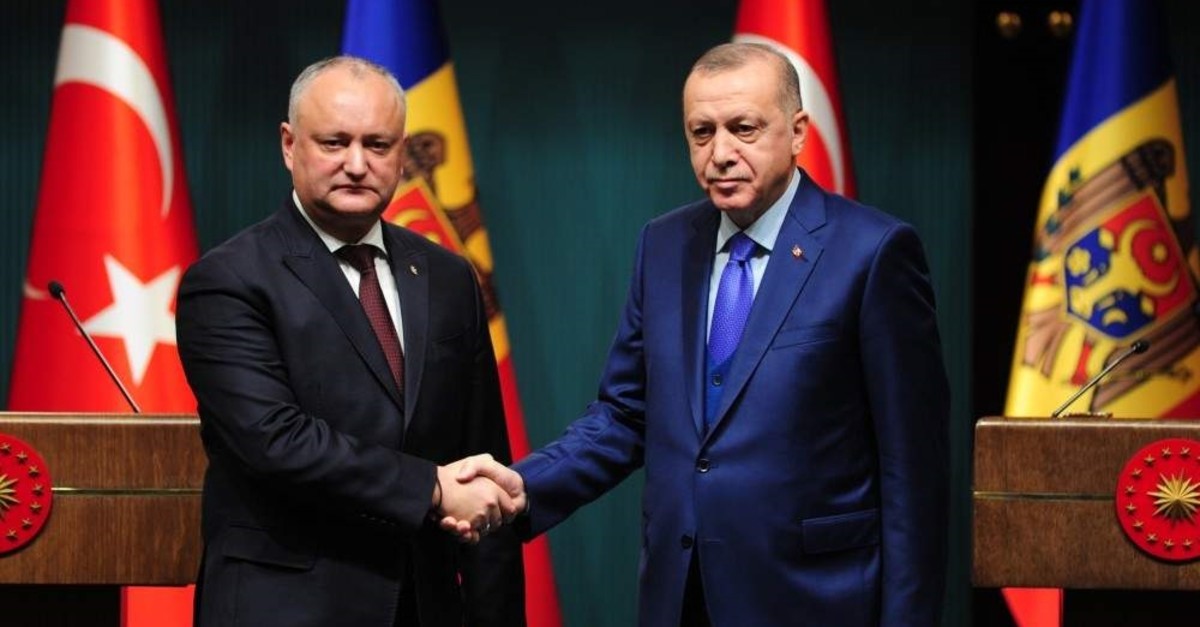 Turkish investment in Moldova is currently over $300 million and although the two countries have had some difficulties regarding bilateral economic relations, mutual investments will grow by overcoming obstacles, President Recep Tayyip Erdoğan said Monday in a joint news conference with his Moldovan counterpart Igor Dodon.

Dodon paid a visit to the Turkish capital Ankara for bilateral meetings with President Erdoğan, during which the leaders agreed to boost mutual efforts to improve bilateral economic and trade relations with due consideration to the countries' strategic partnership.

In their joint news conference, Erdoğan highlighted that Turkey aims to contribute to Moldovia's development and will help Turkish investors increase their investments in the country. He noted that although the trade volume between the two countries has reached approximately $500 million, it is still behind the target volume of $1 million.

Dodon pointed out that their trade volume has seen a major increase, noting that Moldovia ranks seventh among Turkey's trade allies.

Dodon said that the Turkish investors had made a significant contribution especially to the health sector and infrastructure.

Both leaders highlighted the presence of Gagauz Turks living in Moldova as being a bridge between Chisinau and Ankara.

Dodon said that Turkey has been contributing to the cultural development of the country as well, with over 100 social projects in recent years not only for the Gagauz people but for all citizens of Moldova.

Erdoğan visited the Gagauz autonomous region in 2018 as part of his official visit to Moldova and highlighted the importance of historical and cultural ties between Turkish and Gagauz people.

During his visit to Comrat, the capital of the Gagauz autonomous region in southern Moldova, Erdoğan attended the inauguration ceremony of the Culture House built with the contribution of the Altındağ municipality of Turkey's capital Ankara.

Dodon expressed his contentment with Erdoğan's visit, saying that Turkey had a major contribution to establishing stability in Moldova.

In December 1994, Moldova's Parliament offered some 160,000 Turkic Gagauz people living within their borders a large degree of autonomy in order to create a favorable environment for maintaining a national identity and culture.