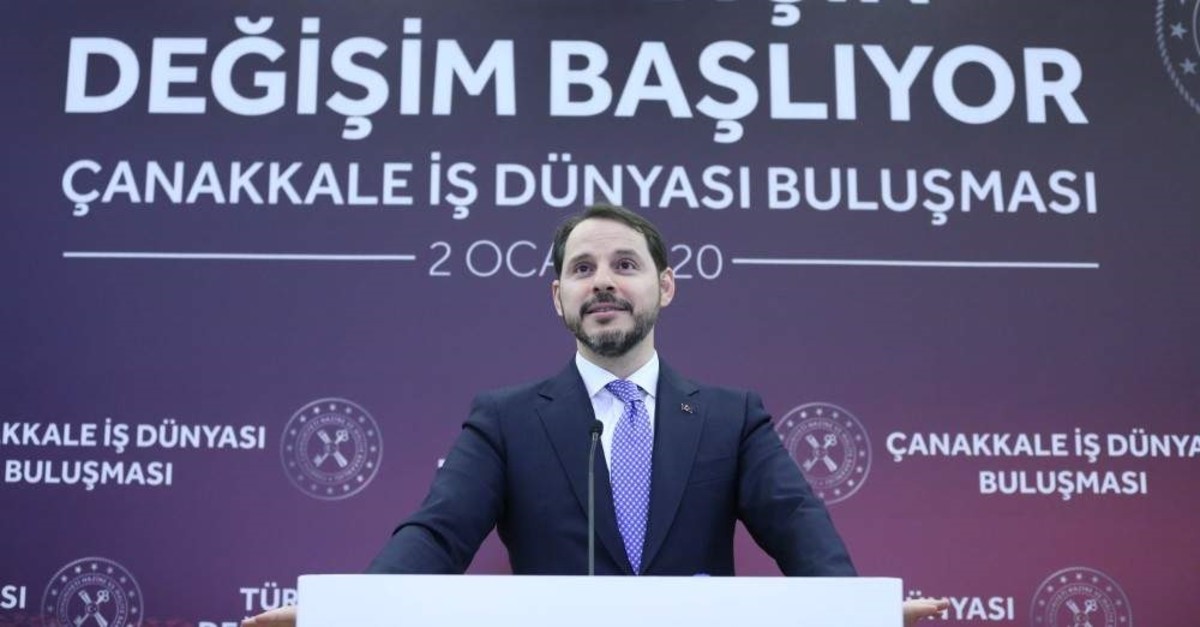 The tax reduction on furniture announced by Treasury and Finance Minister Berat Albayrak will provide relief and help the industry invest more, while rate cuts on agricultural loans will bring down the costs of agricultural production

In an endeavor to support the domestic furniture industry, the Turkish government announced tax cuts on furniture goods on Thursday. Value-added tax (VAT) in furniture has been reduced to 8%, down from 18%, Treasury and Finance Minister Berat Albayrak said Thursday. Albayrak also said public banks have reduced interest rates on tradesmen and agricultural loans as of the new year to boost agricultural production.

Turkey in October of 2018 announced a comprehensive package to cut VAT and excise duties in a number of areas, including furniture, until the end of that year. It first extended the deadline to March and later, to June 2019.

Ankara had imposed the tax cuts on goods in 2018 to help tame inflation, which topped 25% in September that year amid high fluctuation in exchange rates. It has since eased significantly to settle around 10.56% year-on-year in November. The Turkish Statistical Institute (TurkStat) will announce the December inflation data on Friday.

Speaking at a meeting with businesspeople in the northwestern province of Çanakkale, Albyarak said there was a serious demand by the furniture industry for tax reduction. He added that they discussed the issue with the representatives from the industry and relative authorities during their recent visit to the central province of Kayseri, an important manufacturing base.

"I would like to announce today the news that we have reduced the VAT on furniture from 18% to 8%," the minister said. "In the same way, we need to set a rate increase target in furniture exports. In Kayseri, they promised that these costs would be reflected in the domestic market and that we would increase exports, production and employment in this sense."

Industry representatives welcomed the reduction, saying it would bring relief and would enable the industry to invest more in job creation.

"This provides relief to the industry ... We want the VAT rate to be fixed at 8% throughout 2020," Mustafa Balcı, head of the Turkish Furniture Manufacturers Association (MOSDER), said in a written statement.

Balcı pointed to the furniture sector as one of the leading industries in Turkey that supports many side industries and creates jobs.

"With the announced VAT reduction, the furniture sector will be able to invest more in job creation," he added.

The furniture industry exports goods to 179 countries around the world, he said, adding that exports to foreign markets rose 9% in 2019. Balcı noted that the industry looks to increase its exports by 25% in 2020. The industry has an export target of $10 billion for 2023, Balcı said.

Albayrak also touched upon close cooperation with all stakeholders and sectors to solve the problems that are on the agenda of the real sector.

Albayrak announced last week that Turkish public banks would cut mortgage loans interest rates to 0.79% from 0.99% in first sales as of Jan. 1, 2020, a move to further revive the property market. He said this would have an important effect on the construction sector and subindustries.

Residential property sales across Turkey jumped 54.4% year-on-year in November and reached 138,372, according to TurkStat.

The surge came after the Central Bank of the Republic of Turkey (CBRT) kicked off an easing cycle in its monetary policy in July. The bank began aggressively lowering rates in July, after having raised the key rate to 24% in September 2018 in the face of rising inflation. It cut the main policy rate by 12% between July and December to 12%.

Albayrak stressed that the government would continue its support for agricultural production. As of the new year, public banks have reduced their interest rates on tradesmen as well as agricultural loans from 12% to 9%, he said.

He recalled that TL 58.7 billion of the financing, of which TL 47.3 billion was Treasury interest subsidized, was provided to farmers in 2018. "This figure reached TL 64.5 billion as of the end of 2019. We provided interest subsidies to TL 52.3 billion," Albayrak noted.

Speaking of the economy in general, the minister said the recovery in the real sector continues and pointed to increases in intermediate goods and equipment imports as well as the surge in exports.

Albayrak said leading indicators point that Turkey will meet its targets and even surpass them in 2020.

"Leading indicators show that we will reach the growth path of 5% in the last quarter of 2019," the minister said.

Turkey's gross domestic product (GDP) entered a promising era of growth in the third quarter of 2019, breaking three consecutive quarters of contraction. The economy grew 0.9% year-on-year between July and September of this year, according to the TurkStat data.

Compared to the second quarter, the GDP expanded by a seasonally and calendar-adjusted 0.4%, its third positive quarter-on-quarter growth in a row, TurkStat data showed.

The average estimates for the fourth quarter of the year are 4.5% to 5%. The overall annual growth forecasts vary by 0.3% to 0.6%. According to the New Economic Program (NEP) unveiled in September, the government targets a 5% growth rate in the next three years.

Albayrak also pointed to the improvements in the confidence index.

"The seasonally-adjusted headline economic confidence index increased to 91.6 in the fourth quarter from 84.6 in the third quarter. This index reached 93.8 as of December. When we look at sub-indexes of services, retail and construction, increases in all of them continue," the minister added.