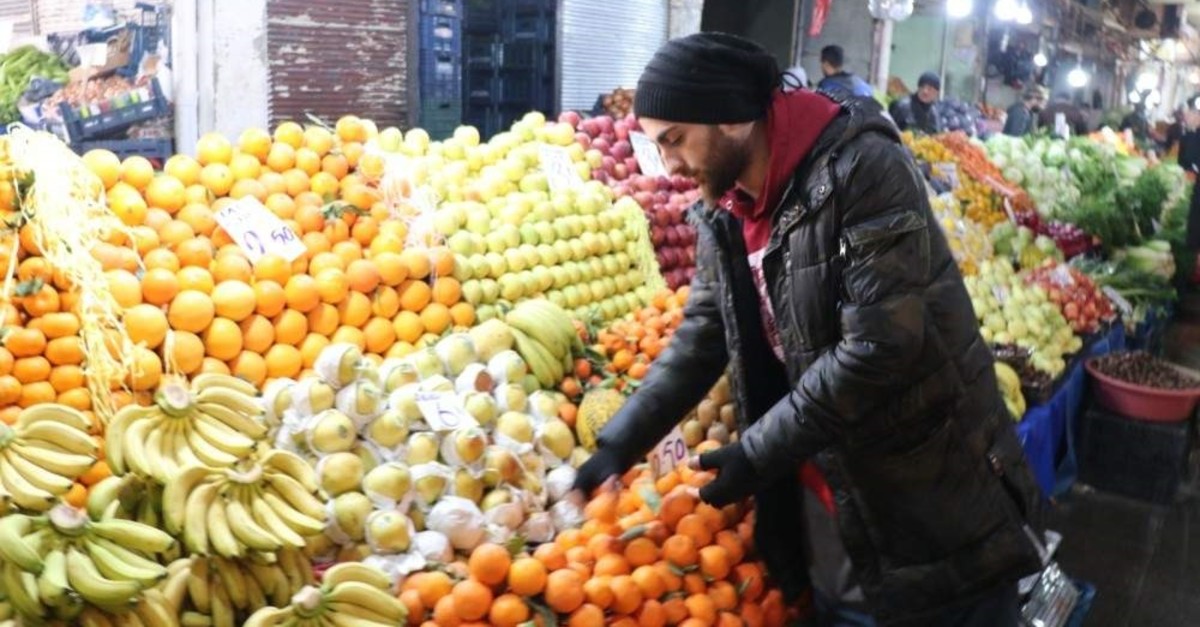 Turkey will stabilize the inflation rate at single digits by improving competition in the goods and services markets and enhancing production, Treasury and Finance Minister Berat Albayrak said Friday.

"The fight against inflation will be our top agenda item in 2020," Albayrak said on Twitter, underlining that the year-end inflation rate was below the government's target.

Albayrak's comments came after the Turkish Statistical Institute (Turkstat) announced that the country's inflation rate last month was 11.84%, down from 20.30% in December 2018.

The country's year-end inflation forecast of the Central Bank of the Republic of Turkey (CBRT) was in line with the government's projection.

Turkey's inflation rate is expected to hit 12% this year as laid out in the new economic program for 2020-2022 announced by the government this September.

The annual inflation rose 1.28 percentage points last month, up from 10.56% in November. On a monthly basis, the consumer price index saw a rise of 0.74% in December.

The price of alcoholic beverages and tobacco recorded the highest annual rise in the month with 43.12%, while the lowest annual increase was 3.16% in communication. "The highest monthly decrease was 1.91% in clothing and footwear," TurkStat said. Food and non-alcoholic beverages showed a 2.93% rise, transportation 0.57%, and health and miscellaneous goods and services 0.42%.

Official figures revealed that the 12-month average hike in consumer prices was 15.18% as of the end of 2019.

Since the beginning of the year, inflation fell by 8.51 percentage points from 20.35% in January. The lowest annual inflation rate in the last three years was recorded in October with 8.55%.

Anadolu Agency Finance Analyst Haluk Bürümçekçi stressed that the uncertainty and volatility of food prices, the outlook of crude oil and other commodity prices, and the currency movements will determine the direction of the inflation risks.

"In the short-term, the base effect ensuing from the falling inflation last year will lead to a slightly upward movement in inflation. Additionally, the recent depreciation in the Turkish lira will also create upward risks to the inflation," he said, continuing: "However, the reduction of the value-added taxes on furniture goods will lead to a 0.2% drop in inflation. In the first quarter of this year, the consumer price index is likely to come around 12% to 12.5%."

İş Portföy Economist Nilüfer Sezgin remarked that the inflation rate in December, which was above expectations, can be explained by rising food prices and highlighted that the central bank may pause the series of interest rate cuts in its monetary policy committee meeting this month.