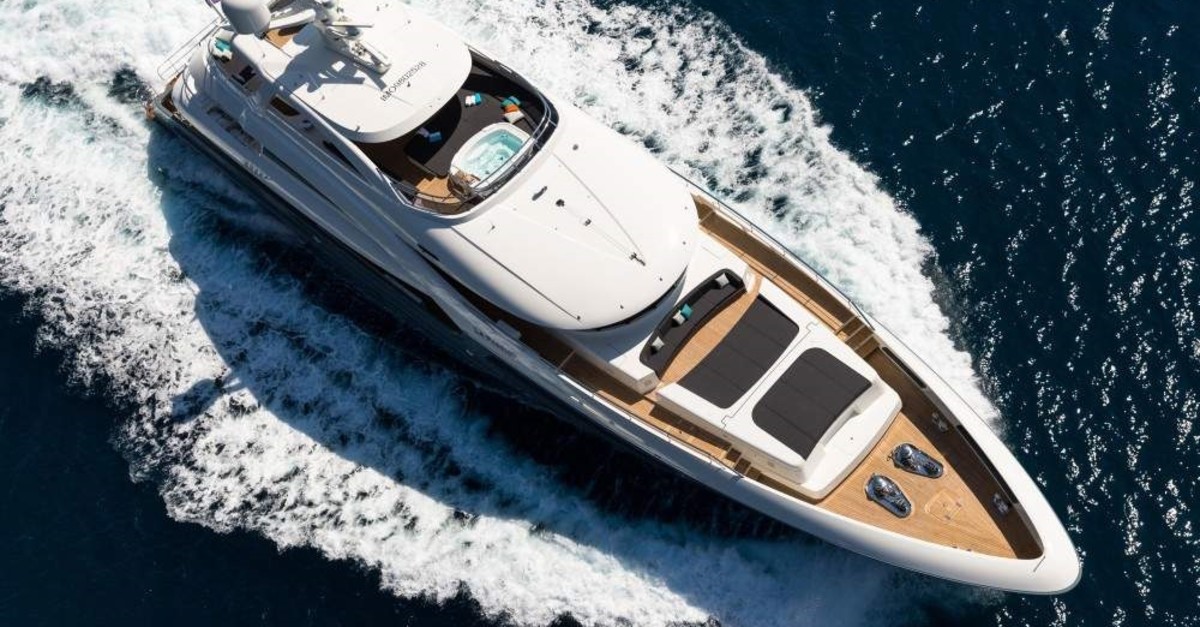 Super luxury yachts that were produced in the Antalya Free Zone – which is among the top three centers for these types of yacht production and exports – totaled up to 47 in 2019 alone, with a total value of $95 million, making the southern Turkish city a top destination not only for the purchasers of the luxury vessels but also for yacht tourism.

Antalya Free Zone Corp. (ASBAŞ) General Manager Zeki Gürses said that Turkey ranks third worldwide after Italy and the Netherlands in the super luxury yacht production and the Antalya Free Zone has been a top center for the construction, which was initially started in 2000. The Tuzla district of Istanbul in the northwest and the western resort town of Bodrum follows Antalya in this regard.

Gürses highlighted that today, 48 firms are operating in the free zone area and as of the end of 2019, the total number of the yachts produced increased up to 441 yachts with a total length of 8,240 meters and a value of $1.17 billion.

The super luxury yachts produced in 2019 were exported to several countries, including the Netherlands, the United States, Israel, Qatar, Croatia, Vietnam, Ivory Coast, Portuguese, Jamaica, Russia, Oman and Djibouti. One of them, a 63-meter-long yacht produced by the Estel Marine, was sold to a British businessman for $40 million.

Gürses noted that the Antalya Free Zone, along with it being a significant center for production, has also become an important maintenance and repair center for these kinds of luxury vessels.

Ten super luxury yachts out of a total of 13 yachts that were brought to the area for maintenance and repair services were delivered to their owners in 2019, while the number of repaired yachts totaled around 111 with a revenue of $34 million, he added.

Saying that they aim to provide more in yacht towing-unloading investments, Gürses said a new pier is on the way, the construction of which will begin in a short time. "With this new ship lift investment, the yacht capacity of 50 meters and 500 tons will increase up to 90 meters and 2,000 tons. We also plan to create a total investment budget of $20 million, which is set to include a 500-ton mobile-wheeled travel lift investment along with other infrastructure investments," he said.

Along with the production and export of yachts, Turkey has also become an important destination for yacht tourism with an increasing number of yachts starting to be seen especially along the country's southern and western coasts. Russian oligarchs rank among the top visitors with yachts that exceeded a total length of 100 meters.

Begüm Doğulu, chairman of the Yacht Tourism Foundation, told Turkish daily Sabah that each of these yachts have fuel tanks of which receive up to 600,000 liters of fuel and provide approximately 100,000 euros of revenue to the country per week. She noted that some of these yachts spent the entire summer season on the shores of the country, where all of their needs were supplied, constituting significant revenues along with the coast admittance fees.

Doğulu noted the growing demand shows that European yacht owners, especially those from the U.K., along with billionaires from China and India, are expected to visit Turkey in increasing numbers, adding that they expect at least a 20% increase in the revenues from yacht tourism in 2020, which totaled over $50 million in the previous year.