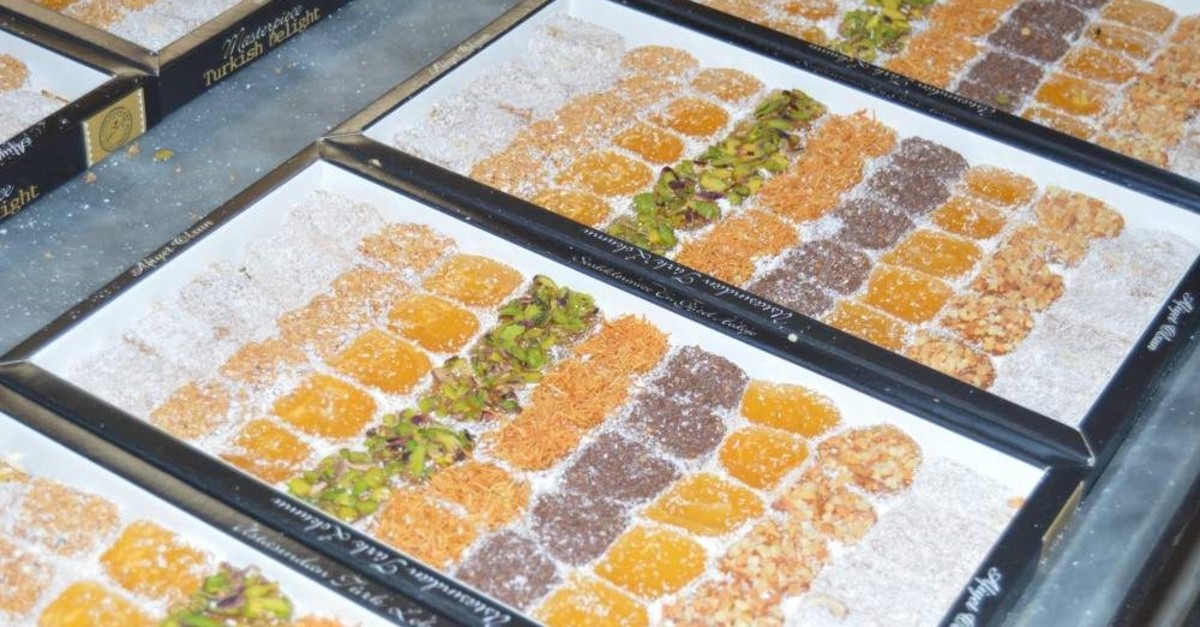 A firm in the Turkish city of Afyonkarahisar exports Turkish delight to 50 countries on six continents. (AA Photo)
by Daily Sabah with AA Jan 07, 2020 2:59 pm

A firm in the Afyonkarahisar province of central-western Turkey has been exporting lokum – known as "Turkish delight" worldwide – to 50 countries around the world with an annual production of up to 650 tons.

The firm, which offers a wide range of products, has been exporting up to 490 tons of the traditional Turkish sweet it produces each year to six continents.

Chairman Mustafa Çetin Karagöz told Anadolu Agency (AA) Tuesday that the company has been making Turkish delight for 32 years in Afyonkarahisar – a city that earned a reputation with its sweets – and exporting the product to various countries and regions, including Italy, the U.S., Qatar, France, the U.K., Australia, Chile, Argentine, Morocco, Tunisia, Algeria and Israel, along with several Turkic republics in Central Asia.

The company began enhancing its work on research and development facilities in the 2000s, while keeping the employment rate at desired levels to enable the firm to maintain enough production to keep the export business flowing, Karagöz noted, adding, "Countries where we have not yet been are just new market opportunities for us."

Karagöz highlighted that they have been developing their product range based on the customers' demands, apart from just the classic Turkish delight.

Karagöz added that a new factory is set to be established in Afyonkarahisar soon, which will further boost the production capacity of the firm.