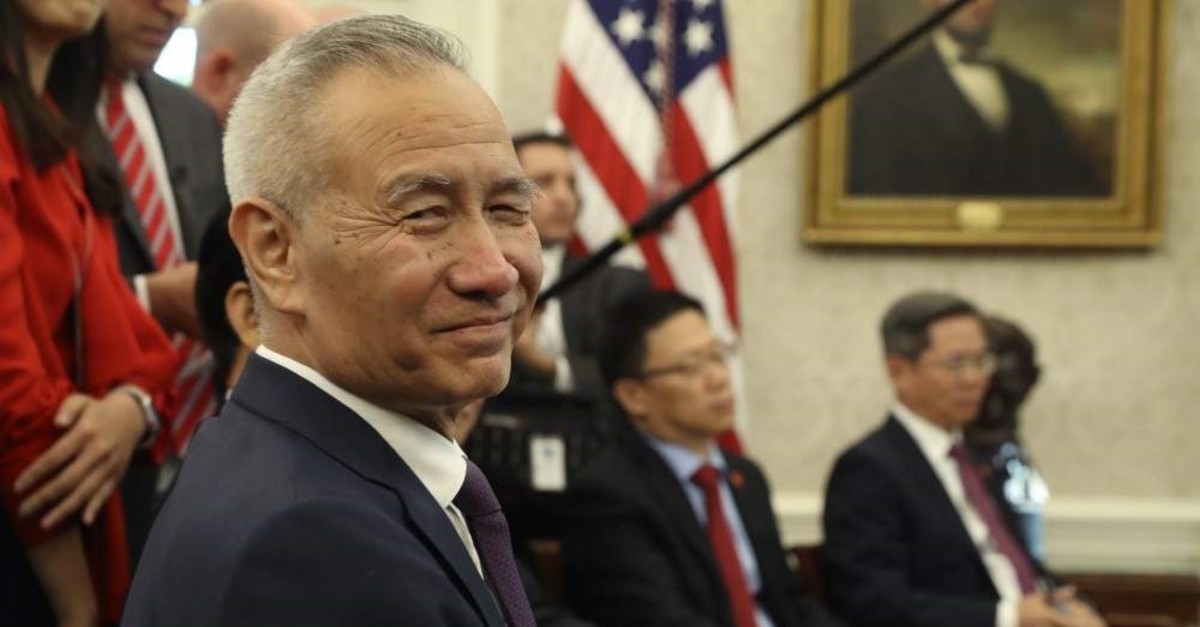 In this Oct. 11, 2019, file photo, Chinese Vice Premier Liu He listens during a meeting in the Oval Office of the White House with U.S. President Donald Trump in Washington. (AP Photo)
by Compiled from Wire Services Jan 09, 2020 11:53 am

China's government says its economy czar will go to Washington next week for the signing of an interim trade deal.

The Commerce Ministry announcement Thursday was the first official confirmation that Vice Premier Liu He would attend the signing.

A ministry spokesman, Gao Feng, said a delegation led by Liu would be in Washington from Monday to Wednesday.

Negotiating teams from both sides remain in close communication on the particular arrangements of the signing, Gao told reporters at a regular briefing.

The "Phase 1" deal reached last month is expected to cut tariffs and boost Chinese purchases of U.S. farm, energy and manufactured goods while addressing some disputes over intellectual property.

But no version of the text has been made public, and Chinese officials have yet to publicly commit to key points such as increasing imports of U.S. goods and services by $200 billion over two years.

The U.S. launched a trade war against Beijing a year and a half ago over allegations of unfair trade practices, such as theft of U.S. intellectual property and subsidies that unfairly benefit Chinese state-owned companies.